Esi Edugyan: For true systemic shifts to occur, everyone has to recognize that the whole underlying structure is so irreparably broken that no one can afford to live like this anymore 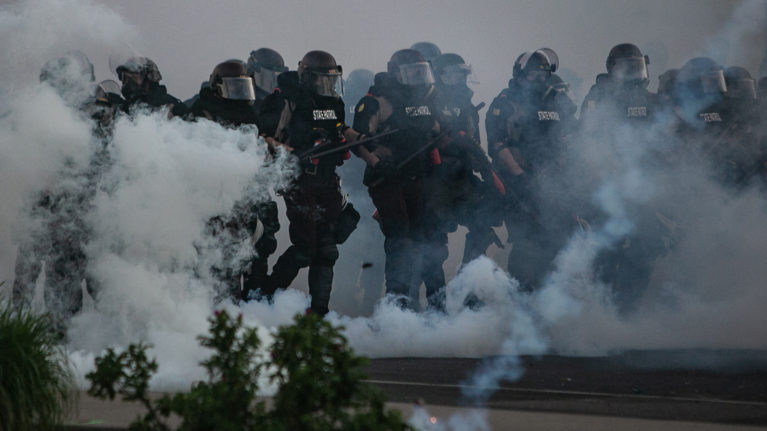 To the woman on the plane,

It was the spring of 2018, and we were flying from Denver to Seattle. You were in late middle age, your blond hair greying at the roots, and you were travelling with a younger woman I assumed to be your daughter. After some polite greetings, I settled silently into my window seat, listening to the two of you talk. You were dismayed by a piece you’d watched on the news the previous evening in your hotel, the story of a Black Lives Matter protest turned fiery. “I don’t understand why anyone would turn against the police,” you said in resignation to your daughter. “Why go out of your way to make enemies of the people whose job it is to protect you?”

You did not seem like a malicious person, and you are probably kind and considerate in your daily life. But you spoke as someone who has always had faith in the system because you’d been given no first-hand reason to doubt it, without allowing that such faith is a luxury not everyone has access to, that someone whose life looks nothing like your own might have sound reasons to be angry.

Your words surprised me. Just days earlier, Stephon Clark, an unarmed 23-year-old Black man, had been shot to death in his own backyard. I did not understand how anyone viewing the footage of this or other fatal confrontations with police could come away speaking as you did. I felt the same unease when, after the death of George Floyd, an acquaintance expressed surprise at the vehemence of the protests shaking America. “But then, I’m not Black,” she said.

I understood she was trying to be empathetic. But the weight of change shouldn’t rest on the shoulders of Black people—and indeed, it doesn’t. For true systemic shifts to occur, everyone has to feel the disgust and frustration; everyone has to recognize that the whole underlying structure is so irreparably broken that no one can afford to live like this anymore.

The historian Adam Hochschild has written that modern protest has its roots in England’s abolitionist movement. It was the first time in history that such a substantial group of people became indignant—and remained indignant—over the rights of others. Few Englishmen had any experience with the slaves a continent away whose toil made their consumption of sugar, coffee and tobacco possible. And yet huge numbers of Britons tirelessly signed petitions; more than 300,000 refused to eat sugar; slavery in Britain eventually met its end.

Idealism is not only for the young. Nor should it be left only to those who bear the greatest brunt of systemic inequities. Everyone must do the work. The pattern of outrage and forgetting cannot be sustained. This changes nothing in the long run. The work is never finished, in the way that the work of a modern marriage is never finished—it requires constant recommitment and vigilance, and a dismantling of archaic roles to avoid total collapse.

Esi Edugyan is an author. Her most recent novel, Washington Black, won the 2018 Scotiabank Giller Prize.