Stephen Maher: The foreign policy establishment seems to think we shouldn't mess with the Saudis because there’s money on the table. It's painful to watch. 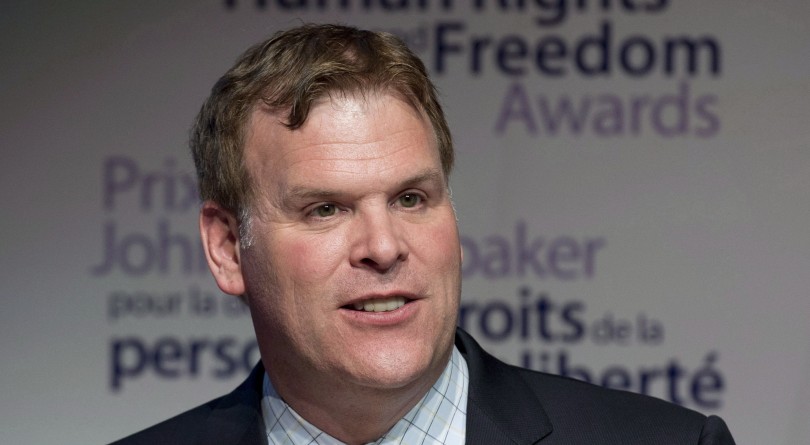 In 2012, in one of his last posts before he was locked up, Saudi blogger Raif Badawi quoted Albert Camus: “The only way to deal with an unfree world is to become so absolutely free that your very existence is an act of rebellion.”

Badawi, a brave man standing up against tyrants, was convicted of criticizing the Commission for the Promotion of Virtue and Prevention of Vice, Saudi Arabia’s powerful religious police, and sentenced to 10 years in prison and 1,000 lashes.

His wife, Ensaf Haidar, fled to Canada with their children, where she has continued to speak out against Saudi human rights violations. She became a citizen this Canada Day, and celebrated by calling on Doug Ford to ban the niqab.

While other countries held their tongues, Canada has repeatedly spoken up for Raif Badawi. When he was flogged in 2015, then-foreign affairs minister John Baird tweeted a call for clemency. After the government in Canada changed, the Liberal government continued to push, privately and publicly, for the Saudis to show Badawi mercy.

But the country’s erratic and violent clown prince, Mohammed bin Salman, has left Badawi in prison for six years. The Saudis also locked up Badawi’s lawyer, Waleed Abulkhair, and this summer, Raif’s sister, Samar Badawi, who bravely campaigned for Saudi women to have the right to drive.

READ MORE: It’s time for Canada to take the next step against Saudi Arabia

Two weeks ago, the Canadian embassy in Saudi Arabia tweeted a call for the immediate release of Samar Badawi and other activists.

Bin Salman was so enraged by this tweet that he sent our ambassador home, shut down flights to Canada and ordered thousands of students out of our universities.

After that, John Baird was quick to speak up—for Saudi Arabia.

Baird, who is pursuing business interests with the repressive kingdom, took to the Saudi airwaves to attack his country for speaking up for the Badawis.

I don’t know how he sleeps at night. When he was foreign minister, he was an outspoken advocate for gay rights. Saudi Arabia is one of the worst countries in the world for LGBTQ citizens. Baird closed our embassy in Iran, complaining loudly about that country’s terrible human rights record. Now he is speaking up for a country with a worse human rights record.

Baird was not alone. Former foreign minister Peter MacKay and Colin Robertson, a respected former diplomat, gave interviews suggesting that Foreign Minister Chrystia Freeland was wrong to have tweeted, as if this was some embarrassing gaffe, like using the wrong fork at a diplomatic dinner.

Conservative leader Andrew Scheer has said not a single word about any of this. His foreign affairs critic, Erin O’Toole, has been mildly critical, suggesting that the Liberals could have avoided the Saudi temper tantrum if they had worked harder.

It has been a study in the way Canada’s conservative foreign policy establishment—with links to the free-spending arms industry—is able to nudge the national conversation away from one question—should we keep selling armoured personnel carriers to the homicidal Saudi maniacs?—to another—were the Liberals really wise to anger our Saudi friends?

Several columnists—John Ibbitson and John Ivison—joined the chorus, agreeing that Canada’s intervention on the behalf of the Badawis was regrettably naive.

The consensus of Canada’s foreign policy establishment seems to be that we should not mess with the House of Saud because, hey guys, there’s a lot of money on the table.

Jagmeet Singh, the as-yet unimpressive NDP leader, had the opportunity to draw attention to our arms sales to the Saudis, but instead foolishly called for us to stop buying Saudi oil, earning a dressing down from Alberta Premier Rachel Notley.

This has all been painful to watch, not just because none of these finger-wagging know-it-alls seems to have thought hard enough about the example of the Badawis—who are imprisoned for their principles—but also because they are serving the interests of the Saudi scumbags who are trying to make Justin Trudeau’s government pay a political price for speaking up for human rights.

For that reason, the Conservatives would be wise to handle this carefully when the House resumes next month. It’s not like Trudeau hasn’t given them enough other targets to shoot at.