Three ways that Toronto could become more autonomous from Ontario

In 1999, the 'Mirvish Meetings'—a gathering of urban thinkers—debated whether Toronto needed self-governance. With that issue timely again, here's an essay from those meetings 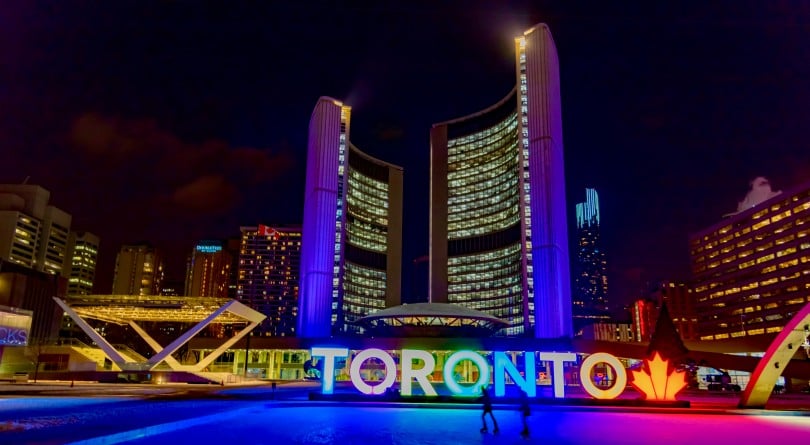 A view of Toronto City Hall, as seen in January, 2018. (Shutterstock)

In 1999, Canadian philanthropist Alan Broadbent gathered smart-minded thinkers about Toronto—three former mayors, several former city councillors, influential urbanist Jane Jacobs, as well as local journalists, academics, and business leaders—for a two-day conference around the matter of the evolution of Canada’s largest city. Billing itself as the “Mirvish Meetings” because of their home base at the Royal Alexandra Theatre, the group examined a city on the rise that was quickly becoming a crucial key to economic and cultural vitality in Canada and beyond, and asked one big question: “Is self-government for Toronto an idea whose time, finally, has come?”

It has become a timely question again. In the wake of Ontario Premier Doug Ford’s decision to redraw Toronto’s ward boundaries, reducing them from 47 to 25, the city’s former chief planner (and sometime Maclean’s contributor) Jennifer Keesmaat entered the race for the mayoralty, and has mooted the idea of Toronto seceding from Ontario on social media. (She has since stated that this was “not a policy statement.”)

Out of the Mirvish Meetings emerged the 2000 collection of essays Toronto: Considering Self-Government. In that book, Michael Mendelson—a Maytree Fellow and chair of the board of the Environics Institute, as well as a former deputy minister in Ontario and Manitoba in several ministries—wrote “The Emancipation of Cities,” an essay that tried to work through some of the practical and constitutional issues around Toronto achieving more independent power, and neutrally playing out some of the possibilities. With permission from the book’s publisher, The Ginger Press, that essay is reprinted here..

Cities are the constitutional orphans of Canada. Canada’s Constitution recognizes two orders of government: the federal government and the provinces. Urban areas are entirely the creatures of the provinces. Everything about the city per se is at the behest of the province. Should a province decide that cities will no longer have elected councils, no longer have mayors, or pay a special tax for the pleasures of urban living—so be it. Legally, cities have no independent political life aside from that granted to them by the provinces.

What would it take to change the Constitution to give Toronto recognition commensurate with its actual role in the nation, allowing it some independent status and rights separate from the province? The Canadian Constitution provides for a number of different amending processes, some of which require the unanimous consent of all provinces and the federal government (for changes in the structure of fundamental institutions). However, for changes which affect only a single province, the Constitution can be amended by a simple majority vote in the affected province and the Parliament of Canada. It would appear that a change in the constitutional status of Toronto would fall into the latter category and require only a majority vote at Queen’s Park and in Ottawa, unless it also changed the nature of federal institutions.

But the impotence of cities is not only legal and constitutional: it is also political. Urban issues are always secondary in the provincial political arena. If a political party is to win a majority in the legislature, it must win representation from both urban and non-urban areas. A political party paying close attention to urban issues would soon lose its support outside of urban areas. Any party focussed on urban issues would therefore automatically define itself as a non-governing party. Much safer to pretend that the province represents a more or less homogeneous whole and talk about “province wide” issues like jobs, health care, and education. Unfortunately, these pan-provincial issues rarely address the priorities of the urban area: transportation, homelessness, air pollution, the vitality of street life, and so on.

This is a case of the chicken and the egg. There can be no constitutional change without a political change to permit urban needs to come to the front of the line in provincial politics, but urban needs will not be a winning political issue as long as the current forms of provincial government persist.

So is it possible for cities—and especially the city of Toronto—to escape the trap of powerlessness and achieve an increased measure of autonomy and capacity to address their own needs?

There are three, not necessarily exclusive, potential routes to achieving greater power for Toronto: the traditional route; the establishment of a new governmental entity; and the establishment of a new political entity. This paper explores these three routes, but it does not pretend that any of these offers the definitive solution, or even that better alternatives might not be available than the three set out here. Indeed, I do not personally endorse all of these alternatives. Rather, this paper is meant only as a preliminary contribution, to stimulate thinking and provide some basis for discussion.

All of the critical issues facing Toronto must be dealt with by the geographic are known as Greater Toronto Area. Few, if any, serious issues can be addressed by the city of Toronto on its own. The huge need for inexpensive and high quality public transit along with the coming traffic gridlock cannot be dealt with just by Toronto City Hall. Finding a way to reduce and properly dispose of garbage must be addressed through a plan for the whole urban area. So far as we know, crime and the need for public order do not stop at the borders of Toronto, nor should policing. Housing needs are better dealt with by all parts of the Greater Toronto Area acting together than each attempting to protect its own turf. The air pollution which threatens to choke Toronto is a GTA-wide problem. And the list goes on and on.

The provincial election campaign has been underway for one week as this paper is being written. One of the remarkable aspects of this campaign is what is not an issue: The government’s forced amalgamation of Metro Toronto into one city, and its total failure to respond to the need for a political entity for the whole GTA area—an entity which could actually begin to tackle some of the challenges noted above—does not seem to be anywhere on the political radar. Instead, the only vehicle we have to address the issues that will determine the success of Toronto over the next decades and more is a shadowy body called the Greater Toronto Services Board with no direct elections, no clear mandate, no taxing powers, no democratic accountability, and no independent power. It is purpose-built for impotence.

So, in the current configuration of city and province, pressing urban issues must be dealt with either at the city level or at the provincial level. But as I have argued, the city level known as Toronto does not have the power to deal with the issues that cross over the boundaries of the amalgamated city, which are just about all the important issues for the city’s future. Since there is no viable body at present at the GTA level, the only alternative then is to go to the provincial level. And here is another dilemma, because provincial level political parties take on these issues only at their peril.

Taking the traditional route means plugging away at the provincial political parties in the hope that one or more of them will get serious about urban issues. To do so in a sustained manner would require a long-term committed interest group that can put meaningful pressure on parties around urban issues and, more importantly, make these live issues for the electorate since, in the end, parties respond to votes.

The traditional route has the advantage of being clear and simple and well within existing political culture. It is what is expected. It may succeed some day, but it will always be an uphill battle for the reasons already noted—the existing forms of political representation mean that no provincial party wants to become the spokesperson for urban issues and especially Toronto.

One core of the problem is the absence of an empowered government at the GTA level, so why not focus on creating one? This would mean advocating with the provincial government and the existing municipal entities in the GTA for a new, democratic and empowered form of governance for the whole GTA. The new governance mechanism would have the mandate and the power to deal with pressing cross-GTA issues. Of course, no government is effective and can exercise real power unless it has access to an independent tax source, so this would have to be addressed as well.

Pursuing this alternative would require first working on a proposal for the new GTA government, probably initially in a series of meetings like this throughout the GTA. The next step would be to develop, at least in outline, some key elements of the new governance structure. The final step would be to organize public support and political pressure for the new structure.

This alternative has the advantage of being possible to approach incrementally, growing a new governance structure from the current structure. It also may be more acceptable to all the current governments, as it is more familiar and since there is a pretty self-evident and pressing need for some means to come to grips with pan-GTA problems. It has the disadvantage of requiring a thousand and one compromises, and the end result may not at all resemble what is actually needed. In particular, without strong political pressure, it is likely that every existing city would jockey to ensure its interests were protected in the new structure, and it is unlikely that the outlying suburbs would voluntarily permit themselves to become part of a political entity in which they were the minority and which had access to their tax base.

This alternative would see a new political party formed—say, the Urban Party—which would concentrate almost exclusively on priorities from an urban perspective. It would never get a majority in the provincial legislature, but it might, under the right circumstances, hold the balance of power in a minority House.

Nothing focuses the attention of existing political parties like the prospect of a potentially successful new competitor arising on the scene. Its advantage is that if the Urban Party did succeed in electing even three or four representatives, it would undoubtedly change the focus of Ontario politics. But there are many disadvantages as well: