To those who have perished since the Iranian Revolution

Marina Nemat: The time for democracy and fundamental change will come if war does not set fire to Iran 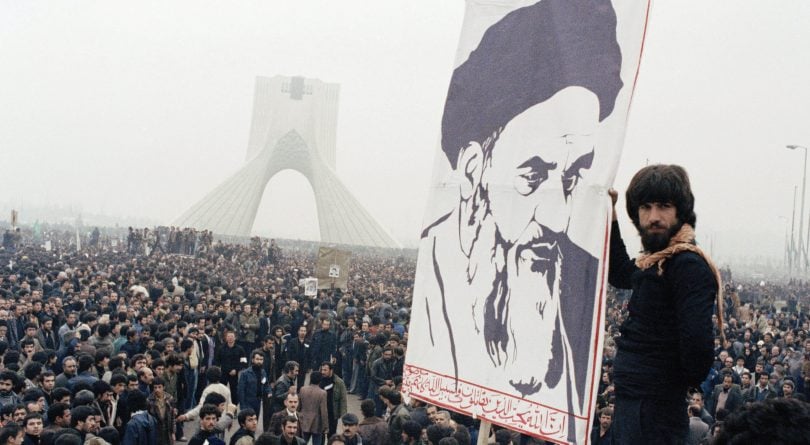 In this Oct. 9, 1978 file photo, Iranian protesters demonstrate against Shah Mohammad Reza Pahlavi in Tehran, Iran. Forty years ago, Iran's ruling shah left his nation for the last time and an Islamic Revolution overthrew the vestiges of his caretaker government. The effects of the 1979 revolution, including the takeover of the U.S. Embassy in Tehran and ensuing hostage crisis, reverberate through decades of tense relations between Iran and America. (File/AP Photo)

Marina Nemat is the author of Prisoner of Tehran and After Tehran. She teaches memoir writing at the University of Toronto’s School of Continuing Studies

When I think of Iran, the country of my birth, what is seared into my mind are the images of those who have perished since the 1979 revolution. I was just 13 years old then. Entire families were killed. Death had been a foreign and distant concept to me, but it soon became a constant companion.

I attended protests against the Islamic regime and the fanatical laws it had forced on us—wearing the Islamic hijab had become mandatory, and dancing, singing and wearing makeup had been declared satanic. I had grown up during the time of the shah, when King Mohammad Reza Pahlavi ruled, and we wore bikinis on the beach by the Caspian Sea.

After the revolution, having fun became illegal, so we rebelled. I spoke out at my high school. Then, about 30 of my schoolmates and I were arrested and tortured, both physically and emotionally. From 1982 to 1984, I became a teenage political prisoner in Evin prison in Tehran. I was raped. My friends were executed. I see their faces every night when I close my eyes and every morning when I wake up. I remember sitting in my cell, listening to the gunshots that ended their short lives.

The United States invasion of Iraq in 2003 showed the world that starting wars in the Middle East in the name of democracy is foolish and leads to the deaths of thousands of innocent people.

Iraq still suffers from wars between various political, religious and ethnic groups, and its government is influenced by Iran. Corruption is still rampant, and real freedom and prosperity are distant dreams for most of Iraqis. War destabilizes political and economic systems with no sustainable alternatives. In order to build a real democracy in Iraq, Iraqis would have to stand up to the dictatorship they’d lived under, and replace it with a system and a government that worked for them. This would have taken many years. Instead, the United States invaded the country and deposed of Saddam Hussein.

We cannot put democracy in a box, put a bow on it, and pass it to a nation that has lived under a dictatorship for decades and is neither ready, nor capable of maintaining it. There are various dangerous groups in the Middle East that will thrive if war rages on and paralyzes government. In a few years, these groups will become like cancer, the same way ISIS was.

MORE: What caused the Ukrainian plane crash, and why Canada should investigate

In 1979, the people of Iran deposed of the shah, because they wanted a democracy, but they put their trust in the wrong leader, Ayatollah Khomeini, who promised to deliver freedom. But he never did. Iranians must learn from their mistakes, and, like most other democracies around the world, Iranians have to find their way to a better future without foreign intervention.

With his attack on Iran, Trump is going down a very dangerous and unpredictable road. The assassination of Qasem Soleimani, Iran’s top general and the head of the notorious Quds Force of the Revolutionary Guard, was an act of war. Iran responded by launching missiles at two U.S. bases in Iraq. Only hours later, Ukraine International Airlines flight PS752 crashed near Tehran’s Imam Khomeini Airport—82 Iranians, 57* Canadians, 11 Ukrainians, 10 Swedes, 4 Afghans, 3 Germans and 3 British citizens were killed.

Good people who loved and were loved died a terrible fiery death. The plane went down three-to-four minutes after taking off. There had been no sign of trouble; the crew didn’t send a Mayday.

In July 1988, an American warship shot down Iran Air 655, killing 290 people. We now know of evidence that the plane was shot down by a missile and the lives it carried were the sacrifice of an escalating conflict between the United States and Iran.

Back in 1988, I watched the devastating news reports of Iran Air flight 655 with tears in my eyes. I was pregnant with my first child, and some 66 of the victims were children. The pictures of their innocent smiles flashed on my television screen. Now, 32 years later, I see image after image of the victims of flight PS752. It feels like a massive rock has fallen on my chest.

Iran has a strong civil society that continues to fight for democracy, despite the brutal dictatorship that quashes every protest with an iron fist. What people must understand is that Iranians are nationalists. Iran’s history shows that it can and will resist its enemies. Only months after the success of the Islamic Revolution in 1979, Saddam Hussein attacked Iran, thinking that the new regime was too inexperienced and weak to stand up to him. He was wrong. That inexperienced regime is now older and more experienced. War with Iran will make many of the Iranians who hate the current regime feel like they have no choice but to support it against a foreign enemy at their doors.

I hope cool minds prevail. War is not the solution to the problem of the Islamic Republic. Iran’s civil society is moving in the direction of becoming strong enough to rid of the regime. This will not happen tomorrow or even next year—history is painfully slow.

The time for fundamental change will come if war does not set fire to Iran, and to all that my friends, cellmates, and other brave souls were imprisoned for since the dawn of the Islamic Republic of Iran in 1979. One day, we will build a memorial for all the Iranians who stood up, and were tortured and killed by the Islamic Republic. To it, we will add the names and stories of all those on flight PS752. None of you will be forgotten.