To win the next election, Conservatives need a credible climate plan

Ken Boessenkool: The 905 presents a massive opportunity for the Conservative Party, if they can come up with a climate plan that reels in accessible voters 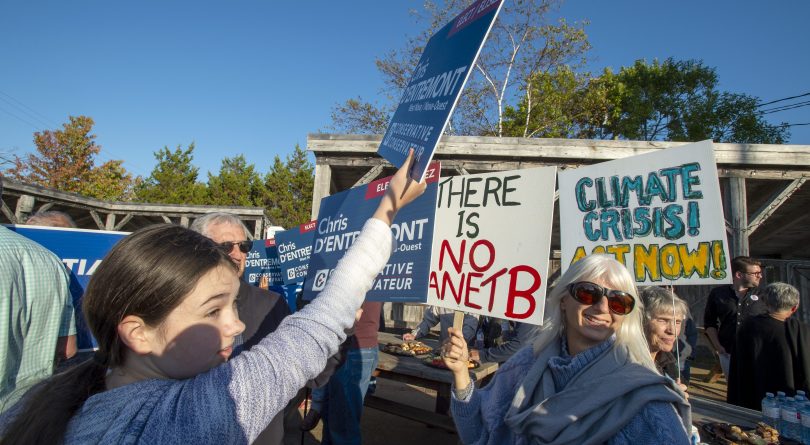 If Conservatives want to win another national government they are going to have to find ways to win critical seats in the suburban belt around Toronto⁠—the 905, encompassing cities like Ajax, Brampton and Burlington. Harper swept the 905 for his majority in 2011 and the party has been on the outs ever since.

Can Conservatives win again in the 905? They cannot count on an assist from the NDP whose vote has dropped from 25 per cent in 2011 to around 10 per cent in each subsequent election. To win, Conservatives will have to increase their vote by attracting new cohorts of voters.

In the last election, Conservatives centred their campaign around cutting taxes (eliminating the carbon tax), while the Liberals centred their campaign around climate change and cutting greenhouse gasses (sticking with their recently introduced carbon tax). The Conservatives did release a substantial document committing to reducing greenhouse gasses and outlining their approach to do so. And the Liberals platform did contain tax reductions for low- and middle-income Canadians.

Vote for us, the Conservatives said, and we’ll cut your taxes.

Vote for us, the Liberals said, and we will address climate change.

This worked wonders across western Canada, in rural Ontario, around Quebec City, and in a smattering of ridings in Atlantic Canada. But new polling for Clean Prosperity conducted by Conservative pollster Andrew Enns from Leger suggests climate change was a key reason why the Conservatives failed to gain ground in the 905.

MORE: What’s the winning recipe for the Conservatives?

Political strategists win elections by assembling voter coalitions big enough to win seats in enough places to win the election. All parties start the work of assembling a voter coalition by looking at what they call their accessible vote, which gives them a larger target of voters; the pool of voters that are open to voting for a party. Accessible voters are also often referred to a swing voters, which is true in one of two senses: they swing between not voting and voting, or they swing between voting for one party and another.

Political strategists use large polls, in critical ridings to understand and assess their accessible vote, so they can rely on smaller subsamples within the poll. The Clean Prosperity poll mentioned above polled over 3,000 respondents in the 905 region of Ontario. We can assess the Conservative’s accessible vote in the last election by adding together three subsamples of voters. First, people who admit to voting for a party (not uncommon for a losing party, this poll showed a slightly smaller Conservative vote in the 905, but within the typical margin of error for the sample size). Second were people who say the Conservatives were their second choice and/or admit to having voted Conservative in the past. Third were people who do not rule out voting for the Conservatives.

MORE: What if the Conservatives had a ‘centrist’ leader?

When asked what was the important issue facing Canada, Conservative voters list debts and deficits, government spending, and the economy and taxes, a list not surprisingly reflecting the priorities of the Conservative campaign.

What would such a policy look like? The federal Conservative leadership process is exiting the “registration” portion of the contest and I expect candidates will now begin telling Conservatives what their plans are on a range of issues. Winning in the 905—and the next election—may well depend on how serious they are about climate change.