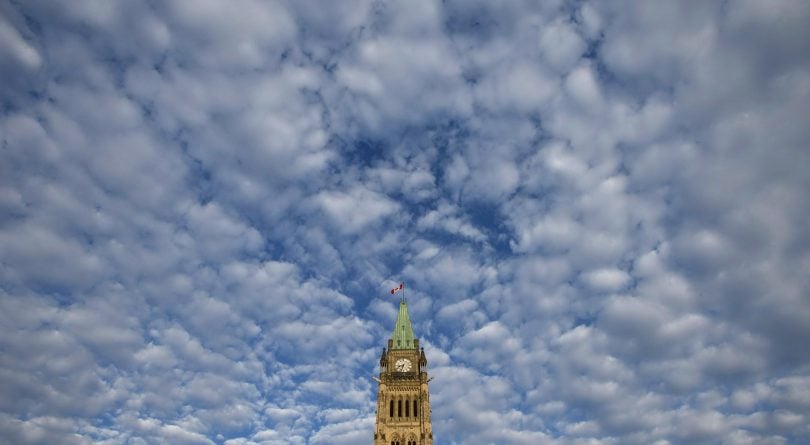 Ian Capstick is a social entrepreneur and a teaching fellow at the Center for Social Impact Strategy at University of Pennsylvania.

For eight years, I was a commentator on CBC News Network’s Power & Politics, speaking on issues ranging from the state of the economy to breaking-news stories. My job, in effect, was to think analytically about the political issues of the day, and predict where things would go. Yet something I couldn’t predict was just how much partisanship would have a profound effect on my life.

It was, in effect, making me sick.

I realized it after an awkward on-air back-and-forth led to a heated off-air interaction with our guest host, Terry Milewski. He was asking about NDP Leader Jagmeet Singh’s condemnations of violence as he grappled with reports about his attendance at Sikh independence rallies, and though I felt I’d given a solid answer, he kept pressing me on the issue.

Ultimately, he kept his cool—and I did not.

Over and over on the show, I have railed against entitlement—and yet there I was, berating a semi-retired award-winning journalist in the commercial break. Angry or not, right or wrong, I knew in that moment it’s not who I wanted to be. No matter how legitimate my issue might have been with his questions, I lost any real ability to address it once I’d led with anger instead of empathy. But why was I so upset?

After that encounter, I reviewed clips from various years, and watched myself over the last year experience small lapses in attention on air; forgetting familiar political words and remote locations was especially distracting.

For the first time, I recognized some of my signature knee-jerk confrontational behaviour on- and off-air was because of what therapists call rejection sensitive dysphoria (RSD), or an acute sensitivity to criticism that is found in many adults with attention deficit disorder. I had let my routines slip, my self-care slide and the constant barrage of negativity overwhelm me.

As I reflected on these moments with family and friends, I realized how similar my entitlement and anger was to the actions of many of the politicians and staff who had berated me—online and off—for whatever they saw fit.

I noticed, ultimately, that I was failing to comment with empathy. I decided to leave the show on Mar. 20.

Empathy is fundamental, both personally and for our lives at large. The ability to see value in two diametrically opposed ideas is critical to creating a thriving, pluralistic democracy.

But partisan politics in the social media age is increasingly leaving little room for contemplation. Political parties seek out smart people who have been encouraged to think outside of the box for their entire careers, and then shoehorn them into the smallest of “message boxes” and expect them to cease thinking for themselves. When debate becomes about taking entrenched sides, intransigence and invective become the order of the day.

That empathy seems to be missing even when it comes to debating ideas with people on the same side. Look no further than how Hamilton MP David Christopherson was just treated online and off for breaking ranks with the NDP caucus in voting against new rules for the Canada Summer Jobs program, which asks groups to attest that their core mandate respects the values of the Charter of Rights and Freedoms, including abortion rights. As a result, the NDP has punted Christopherson from his role on the standing committee on procedure and House affairs, responsible not only for the rules and practices of the House but also passing judgement on MP conflicts of interest; there is hardly a better parliamentarian for this critical (and equally mind-numbingly boring) committee assignment.

Christopherson is an ally of LGBTQ people; he is pro-choice and an ardent feminist. He has stuck his neck out on more issues than most in his caucus have even voted on. And yet last week, the leadership of the NDP felt it needed to punish him for articulating a carefully considered and nuanced view.

He’s right, of course—but you wouldn’t know it from the state of political debate in Canada today.

Progressives rightly railed against a values test when former MP Kellie Leitch demanded it be imposed on refugees and immigrants—yet they were strangely silent when the values test Liberals imposed had answers that aligned with their values. And now, with Christopherson’s punishment costing him his job on the important multi-party standing committee, the whole system loses out.

(You have to wonder if Dave will be scrolling Facebook while serving his extra hours in House of Commons debates wistfully hitting “like” on photos of his Layton-era colleagues relaxing in Florida, wondering how the hell he ended up in the back row and not on a beach.)

Christopherson is just the latest to fall victim to this unwillingness to see compromise and collaboration as strengths instead of weaknesses. And in the eyes of many partisans, I’m guilty of this too. Despite ostensibly providing analysis from the lens of a proponent of the NDP, I’ve been criticized for providing too much nuance and context and not enough sharp jabs and verbal left-hooks. It’s why I was thrilled I didn’t have to talk about any of the Christopherson affair on television.

In Ottawa, simply changing your mind is seen as professional frailty, and as disloyalty to your party. Once the talking points are issued, only the bravest stray from the script. Social media has only handed political strategists more tools to monitor MPs and opinion-makers and an additional channel with which to influence their opinions.

Social networks can leverage network effect and economies of scale. Their ability to grow their membership is what makes these corporations attractive to investors and potentially very dangerous to democracy and our mental health: they’re draining empathy from the very people who make up the user base of the networks.

While the corporations offering the so-called free services are benefiting from the economy of scale, so are those who use the tools to cause emotional harm and pain. Partisan sock puppets, trolls and bots make sure of that. The very technology and algorithms that were supposed to allow people to come together are now regularly being used to drive people apart.

This is part of the reason official Ottawa is in the midst of a mental health crisis—and at the root of it is unhealthy partisanship and how it’s being amplified online. Our political capital’s practice of forced conformity and its tough social media climate is affecting the long-term health of some of our country’s brightest.

Understanding and addressing our personal and political histories and how they intertwine is part of how we can heal current-day trauma. To foster this healing, we must be able to have honest and open dialogue about the incredible pain and suffering the very institutions of Parliament and government have caused to so many.

In my case, it means I need time and space to be more reflective, less quick to judgement, and more deeply informed about the subjects I’m commenting on. I need to learn to be angry less often and lead with empathy.

We need to encourage collaboration over conflict. We need to spend more time eating together and less time berating each other. Parliament needs more joint committees to enable work across both Houses.

Pundits need to stop pretending like things have never happened before: historical context is a powerful tool for helping to understand the political reality of today. We need to encourage the telling and reframing of not only the great stories of confederation, but the difficult and painful stories as well. Without this space for reflection, we are bound to repeat the same political mistakes.

There isn’t yet room for complexity in political opinion. But maybe if we spend a little bit more time trying to understand each other rather than tear each other down, we all might get to a place that embraces the challenges of our nation with a bit more grace.