We've created a monster, writes Tabatha Southey—and the way Facebook is embedded into our lives means it will be a problem to fix, rather than quit 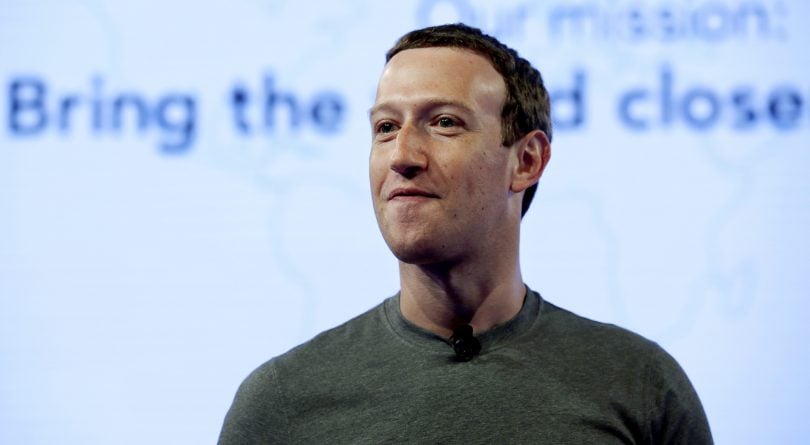 It’s telling that virtually—literally—the first place people went to complain about the story that data analytics and messaging firm Cambridge Analytica had used profiles pilfered from Facebook in their efforts to get Donald Trump elected, was Facebook.

Post after post on my feed showed that people were angry and confused about what they’d read. A few people announced they were leaving Facebook: “Call me,” they posted, or “Email me if you want to get in touch.” These posts, for the most part, had a “Just letting everyone know, I’ll be sailing off into the west to live with the Elves in the Undying Lands” feel to me.

Happy as I am to have these people in my Facebook feed, to reconnect with them from grade school, or to meet them for the first time online, there are few of them I’d ever call on my home phone, if I even had a home phone still. For many, Facebook is a daily high school reunion/family Christmas/newsletter/slightly sticky, truncated newspaper you don’t usually read that you picked up on the bus, but without all the elements that make those things unbearable.

Mostly, there were long threads on the situation at hand, as there often are on Facebook—an enterprise largely powered, for good and ill, by human nature.

A couple of things need to be understood about this week’s news of this “breach.” Firstly, it’s not really news. That purloined Facebook data was an ingredient in the cocktail mixed for Ted Cruz’s campaign by Cambridge Analytica—a company founded by billionaire Robert Mercer, a benefactor of right-wing outlets like Breitbart—was reported back in 2015. Secondly, it’s not technically a breach, in the “someone actually put effort into preventing them from getting their hands on this private information” sense of the word. The data gathered from Facebook was in part forked over by people who agreed to download an app and take a quiz in order to earn $1 or $2, which is fairly prosaic—except that, by downloading that app, users agreed to allow Global Science Research, the company paying them, to have access to huge amounts of information, not only about themselves, but about all their Facebook friends. Global Science Research’s main field of “study” appears to have been passing this private information along to a British firm, Strategic Communications Laboratories, and its shell company, Cambridge Analytica.

Facebook has since changed the provision that allowed that guy who dated your cousin for a while back in the early ‘90s to, while taking a quiz to determine which Golden Girl he is, hand a detailed profile of you over to an organization looking to determine exactly what kind of racist political messaging you’ll be most receptive to come election time.

When Facebook finally acknowledged that user data, supposedly collected for academic research, had in fact been sold to a third party for potentially crypto-fascist purposes, they acted as quickly and decisively as me when confronted with a huge dessert menu. Eventually, what the folks at Facebook did was ask Cambridge Analytica—nicely, but mostly quietly—to please delete the misappropriated and potentially lucrative data, thx bye.

Here, Facebook was your dumb friend who sent nude selfies, then asked that they be deleted after a breakup, and then said “Great! What’s next?”, terrifyingly combined with the world’s worst superhero. Picture if you will, The Astounding Data Leaker, a character who, after being bitten by a radioactive incompetent, developed the superhuman ability to access the data of tens of millions of people and send it to complete strangers.

No, Facebook didn’t provide a shady foreign company with your nude pics, but they did provide one with a profile of who you are, what gets your attention, what makes you tick and what makes you click. A team of foreign political operatives is not interested in your bum—at least not overly—but they are, somewhat more perversely, interested in my quest to own all the KitchenAid stand mixer attachments (and their un-attachable friend, the KitchenAid pasta drying rack).

Cambridge Analytica’s forte, or at least focus, is targeted election advertising. They can create an ad for you and then customize that ad based on your response. Determined to market themselves, Bond-villain style, basically as Number Crunching by Blofeld, they boasted that they could transmute the minutiae of our online lives into presidencies. It’s important to keep in mind that all this talk of psychographics and micro-targeted advertisements aiming to “break society” and to remake it in various right wing politicians’ images is that ultimately, it’s tech people trying to sell a product to politicians. The potential for puffery here is off the charts. It’s entirely possible that all of this shady dealing and wanton carelessness with other people’s’ private data actually amounted to very little.

However, given that Facebook is far more guarded about exactly what advertisements it’s being paid to show to its users than it is of said users’ privacy, it’s difficult to know what went down during the U.S. election, or any other election in the past or future. But we do know that, whether they were effective or not, millions of Americans unknowingly volunteered on Donald Trump’s campaign. People unwittingly chipped in their data, and that doesn’t seem right. But the question is: what is to be done? 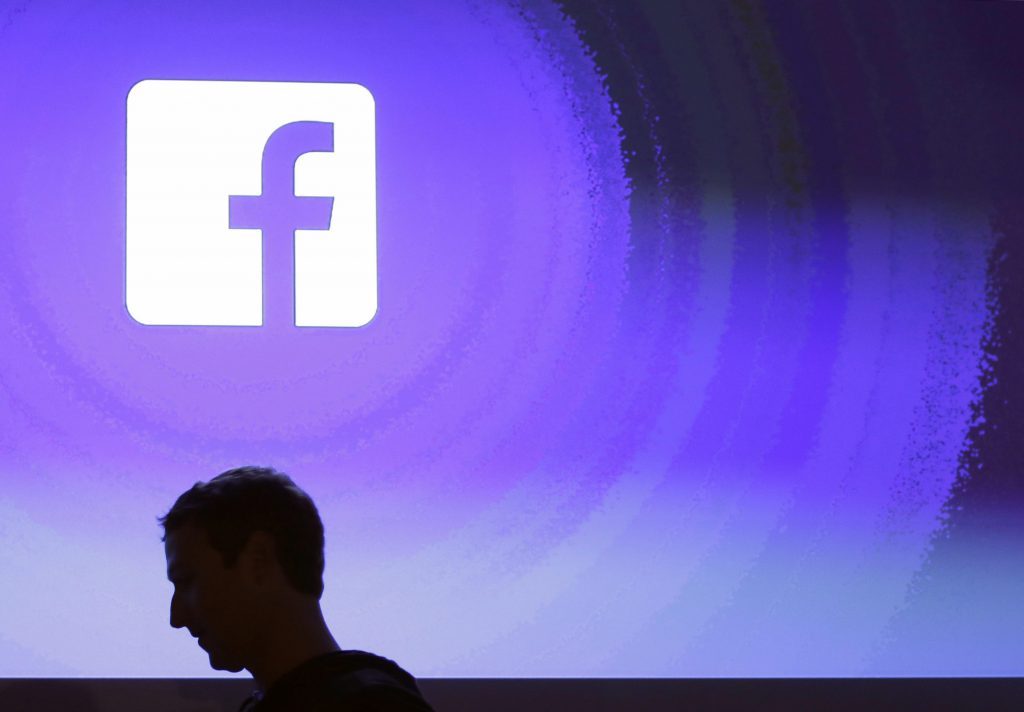 It has become a bit of a cliche around the internet to say that if you’re not paying for a product, you are the product. It’s only natural that a “Soylent Green is Facebook users!” cry has gone up around the web this week, but it’s important to view the Cambridge Analytica development as part of a continuum: political polling and messaging are hardly new techniques and our attention has always had commercial value. If you’ve sat in a movie theater and watched the trailers and commercials selected for you based on the fact that you’re attending that movie, if you’ve answered a phone poll or put up a lawn sign, or if you’ve taken a free newspaper, you were there for something a bit older than the larval stage of this monster.

It’s a great big stubborn monster, too, with many limbs and tentacles, and it’s not going to go away anytime soon. It’s easy to say we should all just quit or “delete” Facebook and go back to sending each other emails or even resort to phone calls. It’s also easy to say that we should just stop using written language altogether or avoid burning our fingers on hot kettles by giving up on fire, none of which is going to happen.

People don’t just use Facebook because they’re the easily manipulated pawns of Mark Zuckerberg, tricked into thinking they wanted a way of quickly, easily, and unobtrusively communicating with their friends and family from just about anywhere on the planet. Facebook offers a service that genuinely benefits people. It has become our water cooler, our town hall, our telephone, postcard album, market square and debater’s corner.

It’s possible that some generous and enterprising soul will take to mailing me a free magazine filled with nothing but adorable photographs of the new babies of all my friends, relatives, and acquaintances (and preferably my acquaintances’ acquaintances as well), but until that day comes, I’ll likely be on Facebook.

Yes, I may end up on some more reasonable facsimile of Facebook, but building that facsimile won’t be easy. Whatever Facebook may have started as, today it’s a major platform that provides a lot of features to a critical mass of people. If the Facebook killer ever comes, it won’t be built in a garage or a university dorm room (or if it is, it’ll get swept up in venture capital or bought out quicker than you can say “Instagram”) and whatever company rises to that challenge will inevitably need to monetize Not Somehow Helping to Make Donald Trump the Most Powerful Man in the World Book, and then we’ll be  right back in there, being the product.

Some people have called for a public open source social network, for taking the power out of the hands of corporations and putting into the hands of, not exactly regular people, but the sort of people who contribute to open source software. FOSSBook is slated to launch in late December of the Year of the Linux Desktop, right after we all get our hoverboards.

Facebook is not a problem that can be solved by “simply” developing a rival social network, one with a cleaner, more responsive interface and a lower risk of all your data being shipped wholesale to mysterious shell corporations. That’s already been done, and when was the last time you used Google+?

People have learned Facebook, and for many of them, this was a challenge already. There are people who will half proudly tell you they’re “just not good with computers” for whom learning how to poke and post was a real accomplishment. Facebook deserves to be replaced, but replacing it involves asking an awful lot of people to learn something close to a new language— to move to a new space and to start over, friendless.

It may be better to look upon Facebook as a problem to fix, as a product to be regulated, or as a new and vast country with a burgeoning populace desperately in need of governance—indeed, of a constitution.