Vaccinations: No more carrot—bring out the stick

Scott Gilmore: Rewards and bribes aren't working. It’s increasingly clear there’s only one way out of this pandemic and the approaching fourth wave. 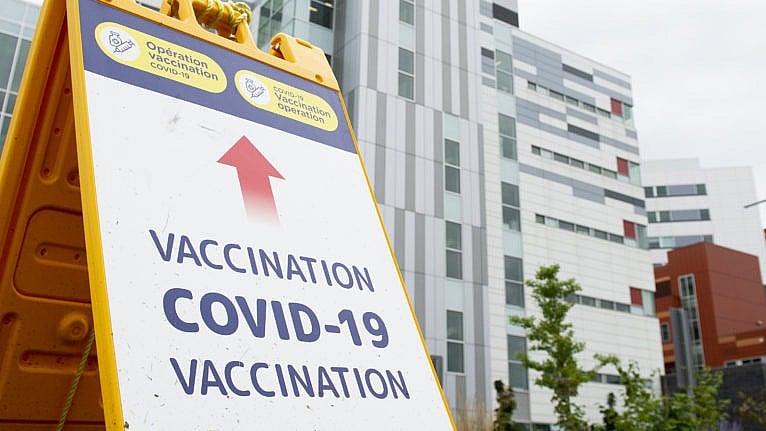 There is an inevitable moment, familiar to all parents and babysitters, when you realize that reasoning with a toddler will only get you so far. Soothing tones and patience may work for a while, but eventually the child once again picks up their bowl, looks you straight in the eye, and slowly pours their cereal onto the floor.

Canada has arrived at this moment, and the toddlers in question are the approximately 20 per cent of Canadians who have yet to get even one dose of a vaccine.

Just as we began to think the COVID pandemic was coming to an end, a fourth wave has arrived, due almost entirely to the unvaccinated. As a result, restrictions are coming back, masks are returning, and our short precious summer looks like it may become even shorter yet.

Even those of us who fully vaccinated are being forced to mask back up. This is because we have now learned that the new and deadly Delta variant can still be carried and transmitted by the immunized.

The most popular strategy adopted by various levels of government in Canada has been to deploy a combination of information and rewards to encourage vaccination. This has worked well so far. In fact, as of this week Canada’s vaccination rate is the highest among G7 countries.

But this carrot approach appears to be reaching its limit. Our daily vaccination rate is dropping off a cliff. We are now administering 1/3 the number of doses per day compared to a month ago. Those who remain unvaccinated will not be lured into line. We need a stick.

Who are these people? The University of Sydney conducted a study of the unvaccinated in  Australia, Canada, the U.K. and the U.S. It found that, in comparison to the population at large, these people tended to have “less agreeable personalities”, be less cooperative with others, more selfish, and more extroverted. (In the vernacular, the term is “assholes”.)

Adding to this mix we also have the gullible, people who believe Anthony Fauci created the pandemic, or that Bill Gates is putting tracking chips in the vaccines. And, there are of course the misled. It is not a coincidence that Fox News viewers are far less likely to believe the vaccine works, according to a recent Axios/Ipsos poll.

Facts, patiently explained in infographics and with simpler and simpler soundbites, do not reach these people. And if they do, they are drowned out by the cynical clamouring of conservative media. Worse yet, it is a well-documented psychological irony that people who hold an unpopular opinion will only dig in further when presented with evidence to the contrary.

And bribes won’t work either. Officials in Ohio tried to lure people to vaccination centers with lottery prizes and college scholarships. But researchers from the Boston University School of Medicine found rates actually declined. A survey released by the Kaiser Family Foundation found in June showed that among the unvaccinated, only 9 per cent would consider getting the jab when offered $20. Even $100 would only sway 14 per cent.

However, that same survey revealed that the holdouts are far more motivated if they were denied access to large family gatherings (40 per cent), or flights (41 per cent). For these people threats work far better than bribes and patient reassurance. Here lies the solution to finally bringing this pandemic to an end.

To begin with, now that the vast majority of Canadians are vaccinated, we should close the airport gates to those who aren’t. If you want to fly, you need a vaccine. A form of this already exists in some places—if you want to board a flight to northern Manitoba, for example. The same rules should be applied to trains, concerts, even restaurants. We could even go so far as to impose it as a requirement for interprovincial travel.

This approach is already working in Europe. When French President Emmanuel Macron announced vaccine passes would be required to enter restaurants, hospitals, shopping centers or to take a train, 2.2 million new appointments were booked within the following 48 hours. In Italy, 5 hour long lines formed immediately after similar restrictions were announced.

This might require some form of standardized certification, beyond the print-outs most of us have now. All that would require is a visit to a vaccination centre, a doctor, or possibly even city hall where you could show some ID and your proof of vaccination, and then be given something similar to a temporary driver’s license. There would be no need for a picture, just your name and birthdate on some difficult to replicate paper stock. (This, like so many things with this pandemic, should have been something our public health officials had anticipated and prepared for months ago.)

Of course, the more easily confused among us will cry that this is a “vaccine passport”. Well, so is the membership card you use to get into your gym, the driver’s license you need to get behind a wheel and the health card you need to show your doctor.

Others have warned this will create a segregated country. Randy Hillier, an Ontario politician infamous for being even too much for Doug Ford’s conservatives, claims that withholding access to the unvaccinated is akin to Nazi policies and “one step removed from extermination.” I could point out that everything in our society already contains element of segregation (No shoes, no shirt, no service), but there is simply no point in trying to reason with idiots or frauds who might believe this nonsense, and I won’t try here.

We need to begin treating the vaccine holdouts as the fools they are. It is not fair that reasonable and responsible Canadians should pay the price for their deadly selfishness. No more soothing tones and patience. Time for the stick.