We must invoke Magnitsky sanctions against China

Leo Housakos and Thanh Hai Ngo: We will be introducing a motion in the Senate that calls on the Canadian government to take a principled approach in dealing with China 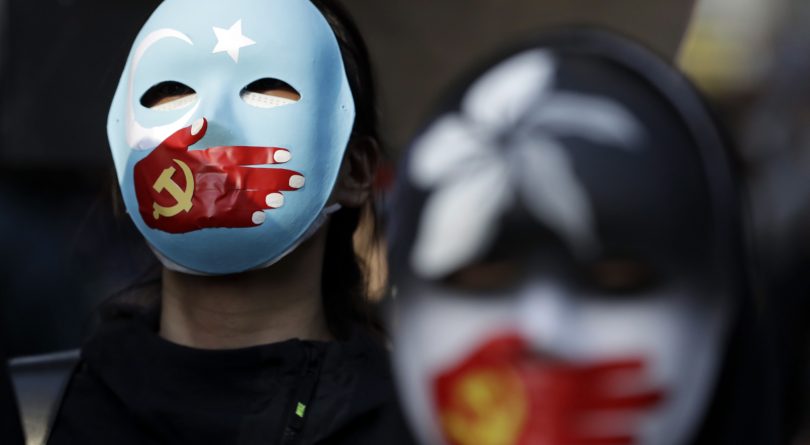 Pro-democracy protesters demonstrate on a street during a protest in Hong Kong on Dec. 8, 2019. (Mark Schiefelbein/AP/CP)

Who amongst us hasn’t seen the pictures or videos from the ongoing pro-democracy protests in Hong Kong over the last several months?  There have been shocking images of police brutality and actions by Chinese and Hong Kong officials that are a complete affront to the values that we, as Canadians, hold dear. There have also been powerful images of strength and bravery by protestors in the face of such oppression.

The protests started as a demonstration against a proposed extradition treaty between Hong Kong and China that many feared would undermine Hong Kong’s autonomy and its civil liberties. However, it has now grown into a much broader fight against officials from both Hong Kong and China, and their collaborative efforts towards forcing the implementation of the one-China policy.

And then there is the systematic persecution of minority Muslims in mainland China. In August 2018, the United Nations Committee on the Elimination of Racial Discrimination reported that it had received credible information that some one-million ethnic Uyghurs and other Muslim minorities in Xinjiang are held in detention camps. Various sources today talk about two-to-three million, which is completely horrendous. The allegations suggest that they have been targeted as enemies of the Chinese state based solely on their ethno-religious identity. With the recent leak of the China Cables, we now have the evidence of a cultural genocide taking place.

Canadians can no longer sit idly by and watch these events unfold without taking a stand for the values we hold most dear.

As a nation, Canada has always stood for freedom and democracy and have repeatedly asserted our commitment to promoting the protection of fundamental freedoms, human rights and the rule of law. We have never backed down in the face of tyranny. And we certainly shouldn’t start now.

Unfortunately, where China is concerned, our current approach does not always seem to reflect that commitment.

Take, for instance, our response to China’s retaliation against Canada for the legal apprehension of Meng Wanzhou, in accordance with our extradition agreement with the United States. Shortly after the Huawei executive was taken into custody by Canadian authorities, the Chinese government arbitrarily detained two Canadians, Michael Spavor and Michael Kovrig one year ago and have yet to allow them access to their lawyers or family members. China also sentenced two other Canadians to death on drug charges and barred billions in Canadian exports of canola, pork and other products. The pork ban was only lifted when China was faced with its own domestic shortages.

And through all of it, Canada’s response has been one of further appeasement.

MORE: Who’s going to stand up to China? This Canadian senator, for one.

Canada has continued with ministerial and parliamentary missions to China, investments in the Chinese-led Asian Infrastructure Investment Bank and its supporters (including former Cabinet Ministers John McCallum and John Manley) have called for a deal to be made involving acquiescing to China’s demand for the release of Wanzhou despite any outstanding charges. Manley has gone so far as to recommend a prisoner swap involving the two arbitrarily and unlawfully detained Canadians, Kovrig and Spavor.

As parliamentarians, it is our job to hold government to account not just on domestic matters but also in our responsibilities as part of the larger international community. That’s why we will be introducing a motion in Senate that calls on the Canadian government to take a principled approach in dealing with China.

MORE: China’s disregard for the rule of law strikes too close to home

That approach starts by confronting and sanctioning both Chinese and Hong Kong officials who violate human rights, the principles of fundamental justice and the rule of law, by levelling the Magnitsky law sanctions on them in relation to the ongoing protests in Hong Kong and the ongoing detention of minority Muslims.

It’s time for Canada to stand up to China. We are either defenders of democracy and rule of law, or we are not. We have not hesitated in invoking Magnitsky sanctions against Russia, Venezuela, Myanmar, South Sudan, and others. Why should China be any different?

We have slowly but surely allowed ourselves to become extremely reliant on China in our zealous pursuit of expanding our trade and commercial interests. And in doing so, we have become complacent to the egregious human rights abuses in China. We have no one to blame but ourselves. However, there comes a time when we can no longer be bystanders.

Our current approach in dealing with China will only serve to embolden the regime. Even now, Cong Peiwu, China’s ambassador to Canada, has threatened us—not once, but twice—about imposing the sanctions. Peiwu said that if Parliament adopts our motion, there will be “very firm countermeasures.”

Canada and the world must not bow to these types of threats from China. Too much is at stake. Former Canadian ambassador to China, David Mulroney, has described some of the policies of the People’s Republic of China as “the greatest threat to human freedom on the planet,” while another former ambassador, Guy Saint-Jacques has advised that “the only language China understands is one of firmness.”

This is the reality that our government must face up to. It must take steps, in tandem with many of our allies, to confront and oppose the totalitarian policies of the Chinese regime.