What did the Liberals see in SNC-Lavalin? A company in need of a bailout.

Tom Parkin: If Jody Wilson-Raybould was standing in the way of a company that was considered by Ottawa to be too big to fail, she had to go 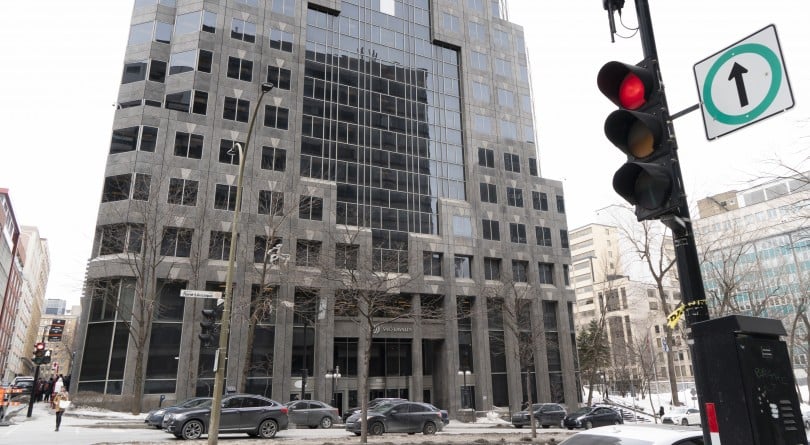 The SNC-Lavalin headquarters is seen in Montreal on Tuesday, Feb. 12, 2019. (THE CANADIAN PRESS/Paul Chiasson)

The reason why Cynthia Vanier, a Canadian from Mount Forest, Ont., was in Mexico City with Stephane Roy, a Montreal-based finance executive of SNC-Lavalin, on Nov. 10, 2011, is disputed.

But what is clear fact is, on that day, while with Roy, Vanier was arrested by Mexican police. According to Mexico’s Interior Secretary, Vanier was part of a team buying properties, opening bank accounts and making flight plans to extract Saadi Gadaffi, son of the former Libyan President, from Nigeria to Puerto Vallarta, Mexico. The plan was alleged to have cost $1.85 million.

Only weeks before, on Oct. 20, 2011, then-President Moammar Gadaffi was brutally killed by insurgents after NATO air strikes hit his convoy while fleeing Sirte, Libya, one of the last strongholds of his 40-year regime. About the same time, Saadi fled across the Sahara to Nigeria.

Vanier denied the Mexican government’s charges. After an 18-month detention, she was ordered released after pre-trial hearings found she had been denied access to a lawyer and Canadian embassy representatives.

But SNC-Lavalin, in a 2013 court filing, admitted Vanier’s project—whatever it was—was funded by their money, used “without permission” by Vanier, Roy and Riadh Ben Aissa, then a SNC-Lavalin vice-president.

In April 2012, while Vanier was in a Mexican prison awaiting trial, Ben Aissa was arrested in Switzerland and in 2014 pled guilty in a Swiss court to bribery, money laundering and corruption in relation to $48 million in SNC-Lavalin funds which were wired to Ben Aissa then mostly paid to Saadi Gadaffi to obtain Libyan government contracts.

In Canada in 2015, the RCMP charged Montreal-based SNC-Lavalin and two subsidiaries with the $48 million in Libyan payments between 2001 and 2011, adding counts of fraud and corruption for allegedly taking $130 million from Libyan organizations. A criminal conviction would result in a 10-year ban on federal contracts.

It’s the prosecution of these corruption and fraud charges that are at the centre of the corporate insider scandal rocking the Trudeau government.

READ MORE: The incredible miscalculation by Trudeau and co.

The Globe and Mail has reported allegations the Prime Minister’s Office brought “heavy pressure” on the then-attorney general, Jody Wilson-Raybould, to drop prosecution of SNC-Lavalin in favour of a remediation agreement.

The Prime Minister has denied the allegations, but his Liberal MPs have blocked an opposition effort to ask Wilson-Raybould to appear at the Commons Justice Committee to tell what she can about her side of the story.

And the Libyan charges aren’t the only ones faced by SNC-Lavalin or its former executives. After serving out his prison sentence in Switzerland, Ben Aissa was extradited to Canada in 2014 and, with the former CEO of SNC-Lavalin Pierre Duhaime, tried on numerous charges in relation to a $1.3 billion Montreal hospital construction project won by SNC-Lavalin. Duhaime pleaded guilty on Feb. 1, 2019 to a single charge of helping a public servant commit breach of trust. Ben Aissa pleaded guilty in July 2018  to a single charge of using forged documents.

According to an agreed statement of facts, in 2009 SNC-Lavalin transferred $22.5 million to Arthur Porter, then CEO of the hospital. Porter, who in 2008 had been appointed by Prime Minister Stephan Harper as chair of the Security Intelligence Review Committee, fled Canada and died in a Panamanian jail in 2015 while facing fraud charges.

SNC-Lavalin is also under RCMP investigation for a $127 million federal contract to maintain Montreal’s Cartier bridge. Michel Fornier, who was chief of staff to Jean Chretien when he was opposition leader, was appointed by Chretien to head the Federal Bridge Corporation. In 2017 Fornier pleaded guilty to taking a $2.3 million payment from SNC-Lavalin in connection to the project.

Since these events, SNC-Lavalin has changed senior management and set new controls in place. And set about making friends in high places.

In the past two years SNC-Lavalin has had more than 50 meetings with the Trudeau government, according to the federal lobbyist registry, including 14 meetings with Prime Minister’s Office staff. During that time, the company has not been shy about its goal of avoiding prosecution on the Libyan corruption charges.

But the important question isn’t what SNC-Lavalin asked for. It’s what the Trudeau government promised to deliver. And to whom.

Quebec’s Caisse de placement et depot, the $300-billion manager of several broader public sector pension funds, has been buying-up SNC-Lavalin’s widely-held stock, increasing from a 15-per-cent stake last March to a 20 per cent share in December. Quebec Premier Francois Legault has said his government is considering its own stock purchases through Investment Quebec to block a hostile takeover bid as the company’s stock tanks. Despite the purchases, SNC-Lavalin’s share price has fallen from over $60 in June to below $35 this week.

Falling stock prices aren’t just the shake-out of a generation of corruption in Libya and Canada. Company profits are under pressure from the Saudi Kingdom, which is a source of about 15 per cent of company revenues. And more recently, the company has cut profit forecasts due a Latin American mine project. The only mine project in Latin America listed on the SNC-Lavalin website is an open-pit coal mine in Colombia.

The company’s slow-motion fail gives it leverage in its legal case. Like with a certain controversial pipeline project, a federal government bailout is on request—though legal, rather than financial. For now.

Whatever might have been said by the PM during SNC-Lavalin lobbying, there have been telling actions. In spring 2018, the Trudeau government gave SNC-Lavalin its route for a legal bailout. Amid the Liberal’s 400-page omnibus budget bill were changes to the Criminal Code of Canada allowing a so-called remediation agreement. And surely the purpose was to use it.

But on Oct. 10, the director of federal prosecutions turned down SNC-Lavalin’s request to negotiate a deferred prosecution agreement, saying SNC-Lavalin had not met the legal criteria to allow such a deal.

The mediation provisions don’t allow negotiation of any deferred prosecution agreement if the criminal act has been in association with a “criminal organization,” which perhaps might include the Gadaffi-Ben Aissa relationship. And it can only go forward if negotiation is in the “public interest and appropriate in the circumstances.” And on that point, several factors must be considered. And not many seem to tilt in SNC-Lavalin’s direction.

SNC-Lavalin didn’t alert investigators to the wrong-doing—that’s one factor. Another—the offences were at a very high level of the company. One more—it committed other offences. Still more—there is no indication the company has returned $130 million to Libyans, or taken steps to make Canadians whole.

But “factors to be considered” is a wonderfully vague threshold, perhaps subjective. The one hard criterion—the only real obstacle to SNC-Lavalin’s legal bail-out—is the required approval of the attorney general. Evidently, Wilson-Raybould wouldn’t give it. And like the meddlesome priest Thomas Becket, who wouldn’t bend to the will of the king, she’s gone. Not a shuffle mistake. A necessary act.

And indeed, with Wilson-Raybould’s removal–despite legal criteria and rule-of-law rhetoric—the new attorney general has already said a legal bail-out for SNC-Lavalin could happen.