What if Jason Kenney is secretly working to undermine Alberta's oil and gas industry? A conspiracy theory.

Max Fawcett: The decisions Kenney's government have made lately has only caused greater scrutiny over the province’s $1.5 billion investment in the Keystone XL pipeline 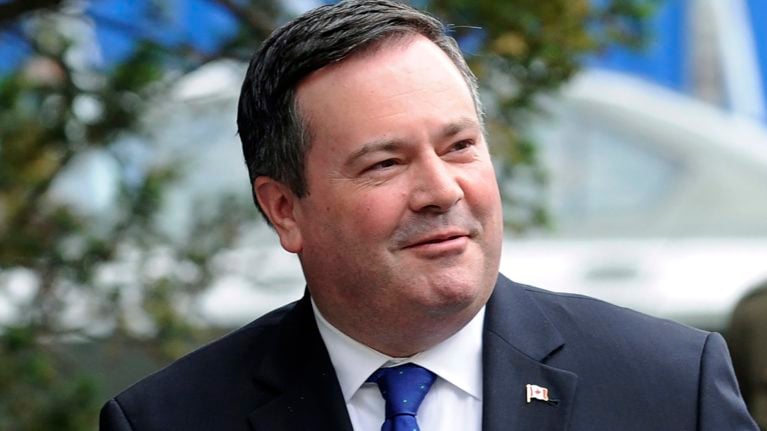 Alberta is invested $1.5 billion in the disputed Keystone XL pipeline, a project that Kenney said is crucial for the province's economy. (Alik Keplicz/AP/CP)

Whether it’s the supposed link between 5G technology and COVID-19 or the virus’s alleged origins in a Chinese bioweapons lab, it’s clear that we live in a golden age for conspiracy theories. Indeed, a new study out of Carleton University suggested that nearly half of all Canadians believed one of the four most popular COVID-related conspiracy theories. With that in mind, here’s one I’ve cooked up: what if Jason Kenney is secretly working to undermine Alberta’s oil and gas industry?

Let’s be clear: this is, like every conspiracy theory, a steaming pile of nonsense. Kenney expresses his fondness for the industry so often, and so enthusiastically, that it might as well be classified as a common-law relationship. But the decisions his government have made lately have done material damage to said industry’s interests, and put the province’s $1.5 billion investment in the Keystone XL pipeline at far greater risk than it needs to be.

Take the recent announcement, made on the Friday before a long weekend, that it would be repealing the “coal policy” that Peter Lougheed’s government implemented back in 1976. That policy placed most of the land in the province’s Foothills and Rocky Mountains off limits to open-pit mining, and while the government has said it’s repealing these protections because they’re now “redundant”, the response from former Alberta Environment Minister and current Coal Association of Canada President Robin Campbell is telling: “Everyone in the industry that he has spoken with has been ‘quite pleased’ by the province’s move,” he said, according to the CBC.

It’s unlikely that Alberta will see any meaningful change in the amount of coal mining activity in the province. The economics of building a new open-pit coal mine in Alberta, even for metallurgical coal, (which is used to produce steel rather than burned to create electricity), were already underwhelming, and that was before the recent development of technology by Thyssenkrupp, one of the world’s largest producers of steel, which uses hydrogen to make so-called “green steel”.

But whether this policy change leads to more investment in the province’s coal industry is secondary to the damage it’s already done to Alberta’s oil and gas industry. As former journalist and current oil and gas worker Ian King noted on Twitter, “Alberta’s government is doing a far better job of trashing the province’s image than any swarm of ENGOs could do.”

Worse, this wasn’t the only act of reputational sabotage that the Kenney government engaged in recently. During a podcast hosted by the Canadian Association of Oilwell Drilling Contractors, Energy Minister Sonya Savage said that “now is a great time to be building a pipeline” because COVID-19 restrictions prevent protesters from gathering. Those comments quickly made national headlines on Monday, and they will surely encourage these protesters to redouble their organizational efforts once restrictions are lifted.

Earlier this month, meanwhile, the Alberta Energy Regulator quietly announced that environmental monitoring requirements had been suspended for the entire energy industry (apparently as a result of COVID-19). As the Canadian Press reported, “companies no longer have to monitor fumes released by burning, or look for and repair leaks of methane, a potent greenhouse gas. Surface waters need no longer be tested, unless they escape into the environment, and that water need no longer be tested in a lab.”

These decisions seem particularly short-sighted in light of the recent statement by Joe Biden’s campaign that he would cancel the presidential permit for Keystone XL if elected. So far Kenney has held his tongue, avoiding the impulse to talk about the ethical nature of Canada’s oil in favour of more compelling arguments about mutual interests and common goals. But if he wants to find a political solution with a potential Biden administration and avoid a legal conflict that would surely delay the project’s timelines, he’ll need to do more than talk about jobs. Instead, he’ll need to deliver an environmental win for Biden—one he can use to sell the project’s merits to his climate-oriented supporters. And so far, at least, Kenney has done the exact opposite there.

So is Jason Kenney secretly working to undermine Alberta’s interests? Not deliberately, of course. But the net effect may end up being the same, given the damage his government’s recent decisions are causing, and the ammunition they provide to its most enthusiastic critics. If Alberta wants to ensure that its investment in Keystone XL pays out, it should stop giving a potential Biden administration reasons to interfere with that. It should learn from the mistakes that Stephen Harper’s government made on this file, where Kenney had a front-row seat, and it should embrace the fact that peace is better than war, no matter how fond you might of the latter.