What if the Conservatives had a 'centrist' leader?

Frank Graves and Michael Valpy: Populists make up more than half of the Conservative base. Rona Ambrose and Peter MacKay don't appeal to them. 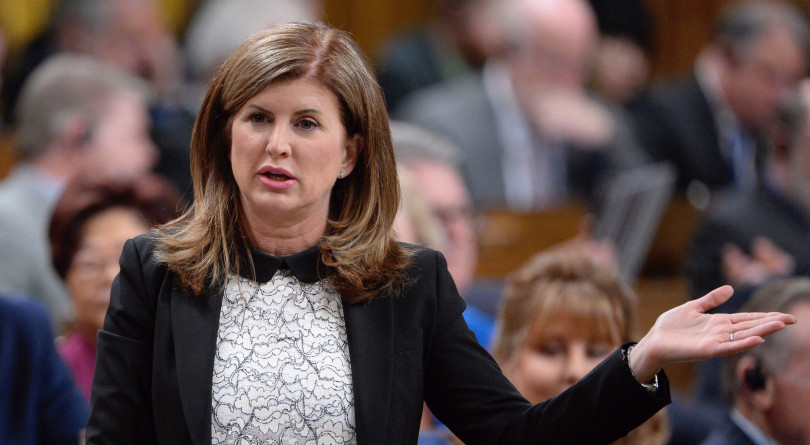 Leader of the Opposition Rona Ambrose questions the government during question period on Parliament Hill in Ottawa on May 10, 2017. (CP/Adrian Wyld)

As is now pretty much known, most media commentators and members of the Conservative Party of Canada establishment believe that if only the party had a leader of more moderate, sensible views like Rona Ambrose or Peter MacKay in the election campaign just past, it would be governing Canada today.

In fact, that’s almost certainly not true. A centrist leader like Ambrose or MacKay might well have made matters worse.

Surveys by EKOS Research indicate that, while the pair (especially Ambrose, the party’s former interim leader) are leading the pack of aspirants for the Conservative leadership, their views have little appeal to the party’s largest constituency, comprised of those labelled ordered or authoritarian populists,  which make up more than half the Conservative base. Further to which, Conservatives should actually applaud their maligned soon-to-be ex-leader Andrew Scheer for not having done a bad job over two-and-a-half years of straddling the party’s two incommensurable wings.

Scheer was able to persuade the party’s populists that he was their best bet while at the same time virtue signalling that some of their tendencies—like racism—are bad. He may have refused to march in pride parades and declared his opposition to same-sex marriage and abortion—placing the party outside “mainstream Canadian values”—but he avoided orphaning the party’s biggest lump, and he more or less cut off oxygen to Maxime Bernier’s People’s Party of Canada (PPC).

Like the United States, the United Kingdom and sizeable chunks of Western Europe, Canada has a significant portion of citizens—about 30 per cent—who are attracted to the current psychographic and demographic binge of ordered populism. They are profoundly economically pessimistic and mistrustful of science and the elites. They have no interest in climate change, they don’t really see an active role for public institutions and believe there are too many immigrants. Of those immigrants coming to Canada, they think that too many are not white.

Those value shifts happened both swiftly and dramatically. In 2015, the gap between Liberals and Conservatives on trust in science was 85 per cent to 65 per cent. Last month, it was 82 per cent to 40 per cent. Similarly, in 2012, Conservative and Liberal supporters had modest differences—47 per cent to 35 per cent—on the view that there were too many visible minorities admitted into the country. This year that difference exploded to 70 per cent to 15 per cent.

MORE: A long list of potential replacements for Andrew Scheer that will only get longer

And while it is possible that with Ambrose at the helm (EKOS finds that Conservatives favour her as leader by a margin of two-to-one over MacKay), the party could find a path to victory, research strongly suggests that’s unlikely.

So what is the solution for the Conservative Party? Would a more centrist approach lure the more moderate urban and suburban voters back into the party fold? In examining voter mobility, EKOS found that being ordered is now the strongest predictor of not only voting Conservative, but also vote shifting. While the Conservatives did gain votes from more ordered voters, who had voted Liberal in 2015, they also lost some of their less ordered—centrist—voters to the Liberals, and to a lesser extent the NDP.

There are certainly potential gains if the party were to adopt a more “open” approach. The danger, of course, is that the positions of those in the ordered camp are so dramatically offside the centre on issues like immigration and climate change that they may either stay home or perhaps consider the PPC. The People’s Party is now at nearly five per cent of total voters, and they could be a magnet for this segment if the Conservatives went too centre. Since the ordered populist segment is now a highly engaged portion of the Conservative constituency, how they would respond to a shift towards the open side of the spectrum is really unclear.

MORE: Scheer is out. What happens next will change Canada forever.

The populism that is driving political polarity in Canada and throughout the Western world is not a passing phase. The original engine of populism—the end of progress, the collapse of the middle-class dream and the end of optimism—is not going away. No party or government is seriously dealing with these issues. Governments in Canada, for example, have had two decades to address housing unaffordability and have largely sat on their duffs; in times past, someone at least might have suggested calling a royal commission to examine the issue.

He called it a “great disruption” characterized by a struggle to contain the “emergence of a new age.” Think about that—the emergence of a new age. EKOS finds that 11 per cent of millennial males currently support Maxime Bernier’s People’s Party, the political epitome of lost hope, with CBC pointing out last week that the unemployment rate of young men in Alberta has nearly reached 20 per cent.

A new centrist Conservative leader risks orphaning the majority of the party’s members. A new global recession, which seems increasingly likely (roughly 80 per cent of Albertans believe their economy will be in a recession within the next two years), risks triggering political fractures in Canada that could last for years.