Philippe Lagassé: If they believe the constitution was undermined, parliamentary privilege offers them the freedom of speech to say so without fear of being prosecuted 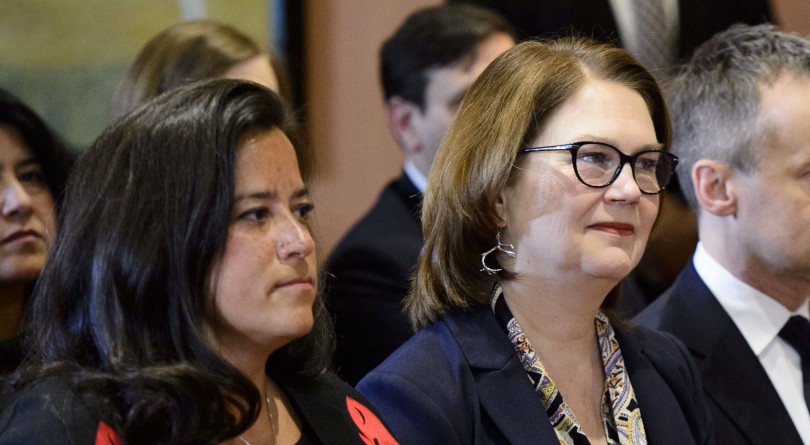 Philippe Lagassé is an associate professor of international affairs at Carleton University. His research focuses on the Westminster system. He tweets @PhilippeLagasse and blogs at lagassep.com.

Who decides what Jody Wilson-Raybould and Jane Philpott are allowed to say? The short and simple answer is they, and only they, ultimately decide, especially as members of Parliament.

Since the SNC-Lavalin controversy began, much of the focus has been on what Wilson-Raybould could discuss about her advice to the government during her time as Attorney General and the deliberations of cabinet when she was minister.

In most normal circumstances and settings, solicitor-client privilege would prevent Wilson-Raybould from disclosing her conversations with her client, the government, when she was Attorney General. As members of cabinet, both Wilson-Raybould and Philpott were bound by the constitutional convention of collective ministerial responsibility, which requires ministers to uphold and publicly support all cabinet decisions, and by the accompanying principle of cabinet confidentiality, wherein ministers keep secret all conversations and materials connected with a cabinet decision.

Cabinet ministers belong to the Privy Council, the formal body that advises the Crown as the executive power. As members of the Privy Council, cabinet ministers swear an oath to “keep secret all matters committed and revealed to me in this capacity, or that shall be secretly treated of in Council.” This oath ensures that the principle of cabinet confidentiality is a deeply personal obligation. As their official, life-long title of ‘Honourable’ indicates, upholding this oath is understood to be a fundamental, if not essential, part of the responsibilities one has as privy councillor.

In light of these constraints, it would appear that only the Prime Minister can decide what a former Attorney General can say about the legal advice that was given to government and what was said and what ministers disclose about the affairs of cabinet. As the head of government and the minister who is ultimately responsible for all affairs of the executive, the Prime Minister has the authority to waive solicitor-client privilege related to the Attorney General’s legal advice and cabinet confidentiality pertaining to cabinet deliberations and decisions.

Last month, Prime Minister Trudeau used this authority to waive solicitor-client privilege and cabinet confidentiality regarding aspects of the government’s discussions regarding SNC-Lavalin’s efforts to obtain a deferred prosecution agreement. The order-in-council that outlined the waiver enabled Wilson-Raybould and other witnesses to testify about these issues before the House of Commons justice committee.

But the Prime Minister’s waiver did not cover everything that happened leading up to Wilson-Raybould’s resignation. Notably, the order-in-council did not waive cabinet confidentiality following the shuffle that saw Wilson-Raybould moved to Veterans Affairs. As well, the justice committee decided to end its hearings on the SNC-Lavalin controversy, despite opposition calls for Wilson-Raybould to appear a second time and her apparent desire to say more about what occurred, and Philpott’s suggestion that the whole story has yet to be told.

This has raised the question of whether Wilson-Raybould and Philpott are being gagged by the Prime Minister. Unless he issues another waiver, it would seem that they cannot speak without Wilson-Raybould violating solicitor-client privilege and both former ministers eschewing their oaths as privy councillors.

From an executive perspective, this is true. A former Attorney General should not disregard solicitor-client privilege and honourable privy councillors should respect their oaths. If they do not, they risk damaging to their personal and professional reputations, and if the Prime Minister were feeling particularly vindictive, advice to the Governor General to expel them from the Privy Council. Creative lawyers might also argue that they could face the courts, depending on what they say and how one interprets the Security of Information Act and the Criminal Code.

Wilson-Raybould and Philpott, however, are members of Parliament. As parliamentarians, they enjoy certain privileges that protect them from the executive and the courts. One of those privileges is absolute freedom of speech. When speaking as part of parliamentary proceedings, parliamentarians have the right to say anything that they feel is necessary to fulfill their duties as legislators acting in the public interest. Anything they say under this free speech privilege shields them from prosecution or lawsuits. They could still be subject to political punishments, of course, such as being thrown out of the Liberal Party caucus and the aforementioned ejection from the Privy Council. But the only body that could expel them from Parliament, fine them, or even imprison them would be the House of Commons itself, something that other members would probably hesitate to do.

Parliamentary privilege has a significant history and status. It was solidified after the Glorious Revolution of 1688 with the passage of the Bill of Rights of 1689. The purpose of privilege was to protect Parliament and its members from interference from the Crown and its courts. This was essential for Parliament and parliamentarians to be supreme over the Crown and the law, independent and self-governing, and free from coercion and intimidation. While English in origin, the Supreme Court of Canada has recognized the importance of parliamentary privilege as a part of our constitution and parliamentary democracy.

Today, parliamentary privilege guarantees that Parliament can hold the government to account. In addition to absolute free speech, privilege includes the power to demand any documents, conduct inquiries and call witnesses, and conduct parliamentary affairs free from obstruction. As Canadians saw during the Afghan detainee controversy, the houses of Parliament can hold hearings on any issue and have access to any information from the executive, including when dealing with matters of national security.

Free speech privilege is particularly vital, however, since it allows parliamentarians and witnesses to express whatever they feel is necessary in the interests of justice, democratic accountability, and the public interest. In the case of serving or former cabinet ministers, senior officials, or other key decision-makers, this absolute freedom of speech extends to all matters, including issues that fall under cabinet confidentiality or security classifications. This freedom must be absolute to ensure that Parliament is properly equipped to hold the government to account on any issue, and as importantly, that the executive does not get to decide the scope of parliamentary deliberations.

Because privilege is absolute, it should exercised with care and judgement. Consequently, conventions and customs have emerged to prevent privilege from being abused. For instance, parliamentarians should not use privilege to comment on ongoing court cases. They should abstain from using privilege to libel someone. Whenever possible, parliamentarians should recognize national security and privacy considerations when requesting documents or asking questions of witnesses. Solicitor-client privilege should be respected. And serving and former ministers should not be expected to breach cabinet confidentiality as a matter of course. Yet there will always be exceptions to these rules.

In the case of the SNC-Lavalin controversy, Wilson-Raybould and Philpott have intimated that the constitutional principle of prosecutorial independence was undermined. While nothing illegal appears to have occurred, it may be that members of the executive acted unconstitutionally. If Wilson-Raybould and Philpott believe that the constitution was undermined, and that it is essential for Canadians to know how and why this occurred, parliamentary privilege offers them the freedom of speech to say so without fear of being prosecuted. They can still face political consequences, and perhaps be found in contempt of Parliament, but they would be protected from other courts and enforcement bodies.

In the absence of a wider waiver from the Prime Minister, the salient consequence of further ‘speaking their truths’ would be a contravention of their oaths as privy councillors and their sense of honour as former members of a collectively responsible cabinet. Ultimately, these are the true questions they face: Do they feel that constitutional violations took place as part of the SNC-Lavalin controversy that must be exposed? And if so, should they air them in Parliament, to the detriment of their word as honourable members of the Privy Council?