When it comes to Ontario's books, Doug Ford must look forward, not back

Opinion: Being premier is not about settling scores, it’s about focussing on the province's problems and figuring out how to solve them 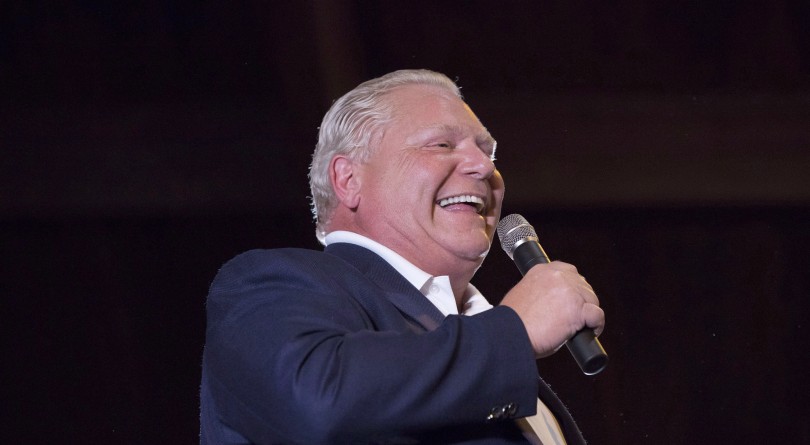 Livio Di Matteo and Ben Eisen are senior fellows at the Fraser Institute.

This week, Ontario Premier Doug Ford created a committee to investigate the previous Liberal government’s handling of provincial finances including its accounting methods. Premier Ford compared Liberal accounting techniques to cheating on taxes or lying on a mortgage application, and said there will be further “consequences.” And in a veiled threat to former premier Kathleen Wynne, he added “You don’t just get to walk way.”

Ford’s new committee sprung from a recent report (commissioned by the Ford government) showing that Ontario’s budget deficit currently stands at $15 billion—much more than the $6.7-billion estimate in the Liberal government’s last budget. The premier vows to get to the bottom of what happened.

But in reality, there’s really nothing important left to understand. A major source of the deficit discrepancy is a longstanding and very public dispute between the former Wynne government and the auditor general (among others, including the Fraser Institute) about various accounting techniques. These disputes were hardly secrets hidden by parliamentary stealth; they were widely debated in the media, and the AG’s critique of the government’s accounting was there for all to see.

Clearly, for whatever reason, the last government failed to take good accounting advice from the AG and tried to make the deficit appear artificially smaller. Unfortunately, governments across Canada often twist the numbers to make themselves look better.

But addressing this problem in Ontario by essentially accusing the last government of crimes is irresponsible—a gross overreaction to the Wynne government’s questionable accounting methods. And his rhetoric about Wynne and his failure to quell a “lock her up” chant at his recent Ford Fest event suggests something far darker than mere disagreement. After all, he should remember that the Liberals may have already paid a political price for these methods. That’s how our system works; voters decide whether governments should remain in power and in charge of the public purse.

So instead of spending time, energy and political capital settling scores with a defeated government, Premier Ford should turn to the future and recognize that his job is not to spotlight the obvious—that Ontario’s deficit is bigger than the Liberals said it was—but to help fix the province’s finances. The Liberal government spent irresponsibly for 15 years, creating Ontario’s fiscal hole, and the Ford government is now in a position to climb its way out, for the benefit of Ontarians and their families.

For instance, if the government simply holds nominal program spending (that is, dollars not adjusted for inflation) at the level it inherited from its predecessor (2017/18 was the Liberals’ last year in control of provincial finances), it can eliminate the $15-billion deficit in approximately three years. If it goes a step further—and our dire fiscal circumstances suggest it should—and reduce nominal spending by five per cent, it could free up approximately $5 billion in fiscal room, which could be used to help lower the tax burden on hardworking Ontarians and spur economic growth.

In the end, being premier is not about settling scores with political foes or whipping up support by invoking defeated rivals. It’s about taking responsibility for the province’s problems, no matter who created them, and developing a responsible plan to solve them. Whatever disagreement you may have with other politicians, most endeavour to serve the public honourably, albeit imperfectly at times. It’s time to agree to disagree, and get on with the business of governing.