When MPs are on their phones in QP, they're wasting your money

Opinion: Canadians pay for their MPs to work on Parliament Hill. So why are some MPs spending that time devaluing a key part of our democracy? 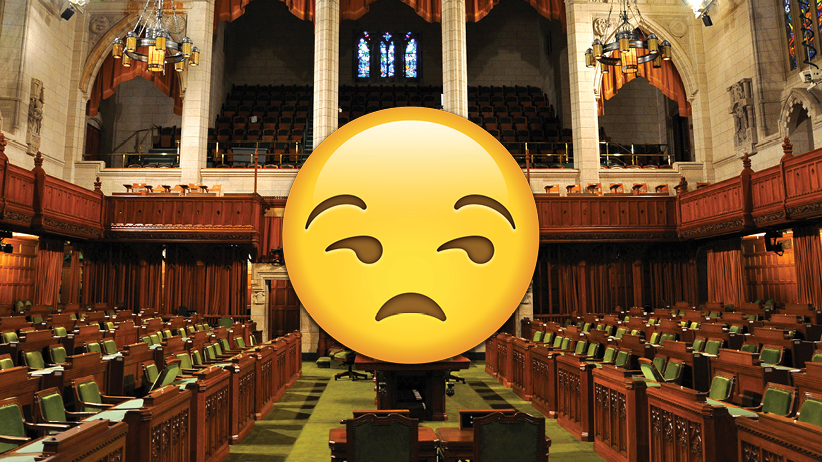 For five days a week, on half of the weeks of the year, members of Parliament file into the House of Commons in Ottawa just before 2:15 p.m. (or on Fridays, at 11:15 a.m.) to engage in the spectacle known as Question Period, whereby opposition politicians and a handful of government backbenchers pepper the Prime Minister and his cabinet with questions about whatever burning political issues are top of mind that day.

The participants change, but the general script has remained the same for decades: opposition MPs pose torqued, over-the-top questions, and the government “responds” in kind with talking points extolling their stellar track record. The one exception to all this are the softball questions from backbench government MPs to ministers, usually in the form of “Can the minister advise the House as to whether her policy is superb, or merely excellent?”

Foreigners, especially Americans, who are unfamiliar with the British parliamentary system might find the idea of Q&A sessions interesting. And on paper, the ritual sounds like a good way for the government—more specifically, the executive branch—to be held to account in a very public way.

But of course, reality does not much accord with theory: most Canadians who have had the misfortune of watching QP find it to be childish, over-the-top, partisan theatre. Just about the only people who enjoy it are partisans themselves, and only when their own side scores a particularly satisfying zinger.

READ MORE: Why are MPs browsing their phones during question period

Those who have attended QP in person, though, may have noticed a very different problem plaguing the proceedings: the rampant use of technology that helps some MPs studiously ignore the proceedings. Since the advent of smartphones and tablets, these gadgets have increasingly crept into QP, with Maclean’s observing last year that at any given moment, dozens of MPs are glued to their devices rather than actually paying attention to the debate.

Now, there is a libertarian view that would consider legislators doing less to be a good thing, since most government initiatives will inevitably grow the size of government and cost taxpayers more money. If they want to play Candy Crush on their phone or tablet, and it means one less tax hike or intrusive regulation, so much the better. If this is your cup of tea, a less engaged group of politicians is actually a good thing. Less is more.

But on the other side of this debate is a concern about value for money. After all, Canadians hire these people by electing them. We send them to Ottawa to do a very particular set of things, including debate in Parliament. Is it too much to ask that they do it without being glued to their smartphones?

The base salary for a member of Parliament is $172,000 per year (for simplicity’s sake, let’s set aside the fact that MPs who serve as committee chairs and people whose positions include prime minister can make much more). Breaking this down, assuming a work week that runs 60 hours, amounts to about $55 per hour, meaning each 45-minute QP session with a full house of 338 MPs costs taxpayers just under $14,000 in politicians’ salaries alone.

Certainly, an MP’s job goes beyond the work they do in the House of Commons; the hours are long, with meetings, consultations, and constituency work. But ask any Canadian if they think it’s worth $14,000 of their tax dollars to have many folks stare down at their phones for 45 minutes, and you’re unlikely to find a lot of takers.

A device ban is one possibility for a fix, but it may be unnecessary; after all, most perpetrators only dare look at their devices because they know exactly where TV cameras are pointing, and if they’re outside of the shot, they know they’re in the clear. So simply by allowing cameras in Parliament to move around, you would incentivize MPs to always be on better behaviour. Beyond this, simply changing the rules of QP to allow for fewer scripts and more spontaneity might provide a strong incentive for MPs on both sides to pay more attention.

But why does any of this really matter? After all, few Canadians actually watch QP. Public confidence in politicians is already low and falling. QP does not bear all the blame for the erosion of this confidence, but it can’t be helping—nor can the fact that some of its members are visibly distracted by potentially less essential things during this essential hour of public debate.

So maybe having MPs tune out during QP isn’t a big deal. But maybe it’s just another sign about how far it has deteriorated from its original purpose—and we need only look to Brexit and Donald Trump’s election to see what happens when the public decides that it’s had enough of politics as usual. Perhaps by cutting down screen time, we can help save Question Period from itself—and remind Canadians of the value, both figurative and literal, of the work their members of Parliament are doing.