When not to pay a ransom

Shannon Gormley: It is precisely because of the CCP’s status—a thug in the guise of a recognized authority of a recognized state—that its ransom-for-hostages demand is not merely evil but intolerable, and its price not merely high but impossible 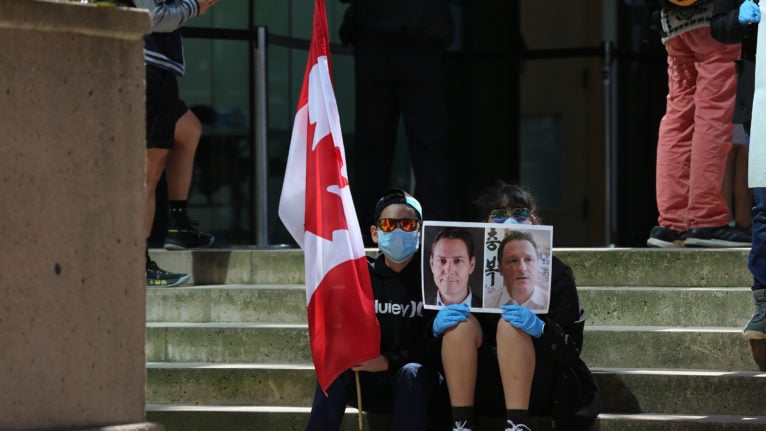 I am generally pro-ransom. A large sum of money seems a small price to pay for a person’s life if she has been kidnapped abroad by small-town pirates, guerrillas or terrorists. Those opposed to ransom payments—an admittedly distinguished group that includes a number of researchers, the government of Canada, many of my colleagues, and (perhaps most worryingly for myself in the unfortunate event of my forced disappearance) my partner—argue that the prospect of ransom payments creates a demand for hostages. To buy one person’s release is therefore to stimulate the hostage market and encourage the kidnapping of untold others.

Their argument is cogent, morally upstanding—and wrong. It ignores any number of tactics to combat kidnapping and offset harm that may be caused by a ransom payment, tactics that do not require a country to accept the murder of one of its citizens in the vain hope that other countries will make the same devastating choice—as, according to some security analysts, any particular country’s ransom policy, whatever its effects on the global market for hostages, does not appear to determine how many of its own citizens will be kidnapped.

If you are persuaded, as I am, that ransoms are sometimes a necessary evil to save human life, you may also be persuaded that a particular ransom payment should be made now, today, in the form of the transfer of Huawei executive Meng Wanzhou to China in exchange for the freedom of two perfectly innocent Canadian men. In fact, to some who are ordinarily opposed to paying ransoms, the Chinese Communist Party’s (CCP) status as the internationally recognized governing authority of China, one that participates in global trade frameworks and multilateral institutions, makes the prospect of a ransom payment seem more acceptable. Likewise, its price, a “prisoner exchange,” may seem lower than if it was a large sum of money.

Beijing enjoys international standing that its behaviour increasingly does not merit. As it declares a global ideological war on the very notion of human rights, as it targets Chinese cultural associations abroad with surveillance activities, as it co-opts politicians abroad for policy favours, and as it torpedoes its promise to guarantee the autonomy of Hong Kong, it continues to enjoy diplomatic and trade relations with almost every country in the world. The CCP may be reviled, but it is respected, however grudgingly, by most and however shamelessly by others (including, it would appear, our own Prime Minister, who notoriously once cited its “basic dictatorship” as the government he admires the most on earth). Beijing’s position of respectability lends its ransom demand an aura of respectability: to meet it would legitimize hostage-taking in a way that would not be possible when meeting a ransom demand from outlaws such as drug cartels, pirate gangs or terrorist organizations. It would, that is, make hostage-taking look like a legitimate tool of foreign policy.

READ: China kidnapped two Canadians. What will it take to free them?

Not only is a seemingly respectable actor making a terrible demand, the demand itself is seemingly respectable. Demanding cash for people is plainly seedy. Demanding people for people seems less so—unless, that is, one considers that one person is being tried in an independent judicial system, while two people have been arbitrarily detained by a justice system controlled by a one-party government, whose demand to exchange prisoners would damage the very thing—judicial independence—that now distinguishes our system from theirs.

So paying this ransom is not merely stooping low—it is legitimizing low. It is tacitly declaring the rule of law to be not a bedrock principle whose survival is linked to our society’s own, but a policy preference. This is arguably indefensible under any circumstances; it is especially indefensible when there are other options. We could coordinate more strongly with Western allies. We could decline to signal to Beijing that we care to mollify it further. We could deny it the benefits of trade. We could do several things, in other words, to rescue our people that would not do harm to our democracy.

Yet that, and not trade sanctions, is what is most often proposed. For all their readiness to sacrifice the independence of our judicial system, the pro-ransom camp—sections of it at least—seem strangely loath to part with our lucrative trade relations with China. A life, they are fond of saying, is worth more than abstract democratic principle. Perhaps what they really mean is that a foundational principle of liberal democracy is a small price to pay for large sums of Chinese money.

This article appears in print in the October 2020 issue of Maclean’s magazine with the headline, “When not to pay a ransom.” Subscribe to the monthly print magazine here.