When youth vaping skyrocketed, smoking did too

Andrew Pipe and David Jones: The Ontario government announced its ban on the promotion of vaping products in convenience stores, but more must be done on the federal level 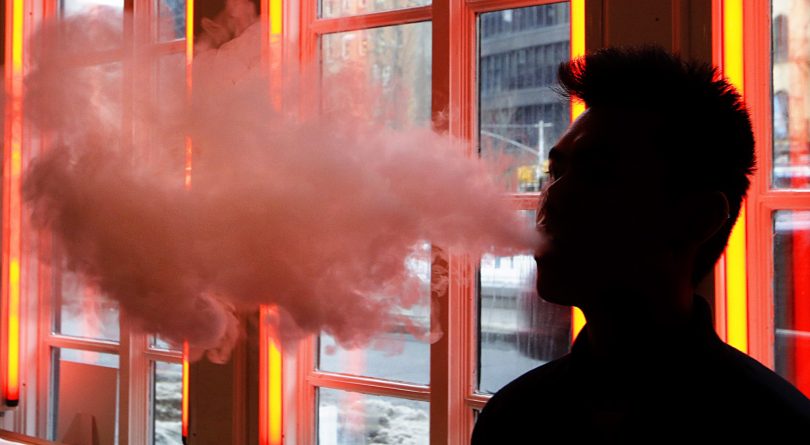 Dr. Andrew Pipe is a professor in the Faculty of Medicine at the University of Ottawa. Dr. David Jones was Canada’s first chief public health officer. Both are members of the board of directors at the Heart and Stroke Foundation.

On Oct. 25 the government in Ontario announced its ban on the promotion of vaping products in convenience stores and gas stations as of Jan. 1, with the goal of reducing teen vaping. This is good news for Ontario, as other provinces across the country have previously done the same. But it’s hardly good enough. The federal government also needs to step up.

Over the last several decades we have made remarkable progress on tobacco control due to increased public awareness coupled with supportive public policies and programs. In the 1950s, about half of Canadian adults smoked. Today that number is closer to 15 per cent, which is a dramatic transformation.

Health professionals and researchers point to this impressive reduction in tobacco use as the single most positive change in Canadians’ health over the past 60 years. But tobacco still remains the number one cause of preventable death in Canada, killing 45,000 Canadians each year. Unfortunately, five million Canadians still smoke.

MORE: Inside the vaping crisis that has hooked—and killed—young people

Youth vaping has recently become an epidemic resulting in a new generation becoming addicted to nicotine. A Canadian study revealed that in one year, vaping among youth skyrocketed by 74 per cent, and in the same timeframe, youth smoking rates escalated by 45 per cent. This is the first time that youth smoking rates in Canada have gone up substantially in decades. It’s time our policies caught up to the reality facing this generation of Canadians.

Today one-fifth of high school aged kids use vaping products. Emerging research suggests that youth who vape are more likely to try cigarettes and cannabis. As physicians, we find this deeply worrisome.

While e-cigarettes have the potential to help some smokers quit smoking, the data about how effective they are is evolving. Research shows that most people who vape in Canada also smoke cigarettes, so they’re now feeding their nicotine addiction two ways. The most robust study to examine e-cigarettes as a cessation tool, revealed that 80 per cent of people who quit smoking cigarettes altogether still continued to vape.

And while switching to vape products is viewed by many in the medical community as less harmful, it is also important to note that vape products are definitely not without harm. That harm is becoming more evident every day.

Long-term use of vaping products is linked to respiratory and cardiovascular disease, and those who vape and smoke cigarettes have the highest risk of obtaining such diseases. It seems like news reports from the U.S. regarding vaping-related lung disease, hospitalizations and even deaths, reveal more about the harm vaping can cause. Probable and confirmed cases of vaping-related illness are also now being reported in Canada, too.

How did we get here? How did this promising harm reduction measure lead to addiction and disease? We’ll tell you: aggressive marketing, deliberate targeting of young people with flavours and design features that appeal to youth, high nicotine content and lack of oversight and regulation. In essence, policy makers have dropped the ball.

So how do we protect youth and non-smokers from taking up vaping while still allowing smokers to access e-cigarettes as a potential means to quit smoking?

First of all, we don’t let industry lead us into a fool’s choice that allows them to continue to profit at the cost of our kids’ health. To support smokers considering vape products to help them quit smoking, we should control access by regulating the devices the same way tobacco is regulated. Instead of flashy and highly visible vape ads, let’s limit promotion to government-approved messages within cigarette packages themselves.

Clearly, more urgent measures are needed to address the escalation of youth vaping. This includes strong restrictions on marketing and sales of vape products (more than a simple ban from convenience-store marketing). We also need a comprehensive flavour ban (youth are enticed by attractive flavours, then quickly become addicted by these products and their sky-high nicotine levels), a limit on nicotine content, and clear content labels containing warnings about health risks and the addictive nature of nicotine.

Heart and Stroke Foundation, along with seven other leading health organizations, have asked the federal government to put these restrictions in place quickly through an interim order under the Department of Health Act. We need more approaches to help the millions of Canadian who currently smoke, but unfettered and heavily promoted access across the population to new and powerful forms of nicotine delivery systems is certainly not the solution.