Letterman, Obama and the important fights we should be having now

Scott Gilmore looks at David Letterman's do-over moment and asks: Will I eventually realize there were important fights I should have joined, but didn’t? 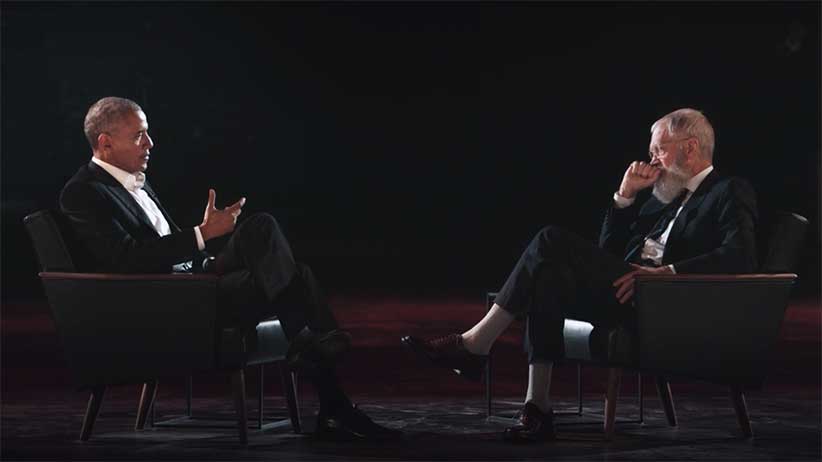 The Letterman who sat on stage with Obama was not the sardonic entertainer we know. He was introspective, confessional and spoke in paragraphs, not punchlines. It was a compelling piece of television, listening to him engage with one of the best political communicators since Ronald Reagan, and watching him continually pull the conversation towards race and justice. So much so, the show could have been promoted as a one-hour special on the 1965 “Bloody Sunday” in Selma, Alabama, a topic on which their entire conversation seemed to pivot.

This landmark moment in the American civil rights movement came when a group of non-violent African-American protesters attempted to march across a bridge (named after a Confederate general). State troopers stopped them with tear gas and batons, putting 17 in to hospital. The attack was captured by television cameras and the footage shocked the country. President Lyndon Johnson reacted by immediately promising what was to become his greatest legacy, the Voting Rights Act.

Letterman’s focus on this topic did not seem accidental. The United States Supreme Court is about to hear a case involving Republican efforts to circumvent the Voting Rights Act in Texas by gerrymandering congressional districts in order to disenfranchise Hispanic voters. And although he was not mentioned once during the interview, the shadow of the racially divisive Trump administration loomed over the entire conversation.

As the hour was coming to its end, Obama turned the tables and asked Letterman about his own personal success. The comedian’s response was serious and personal and moving. He confessed that in 1965, at roughly the same time the civil rights marchers were being beaten on that bridge, he and his friends were driving to Florida to party on a cruise to the Bahamas. And now, the 70-year-old comedian was asking himself: “Why wasn’t I in Alabama?”

READ: ‘Selma’ and the accuracy brigade

It was a crystalline moment of honesty, shame, and remorse. And, in the context of America’s current debates about race and civil rights, it was startling to hear the sincerity in Letterman’s voice. His profound burden of regret was obvious and painful. Viewers were left wondering if this new show was perhaps his attempt at a “do over.”

After watching that moment of naked regret I had to ask myself: Will I look back at my life with the same sorrow one day? Will I eventually realize there were important fights I should have joined, but didn’t?

I can only assume the answer will be yes. When I step back and try to draw the outlines of what I think must be the great historic battles of our day, I see issues like economic inequality, climate change and eroding democracy. But I spend my time worrying about to-do lists, not on any of these things. I ask myself, “What do I need to get done today?” not: “Where should I be right now?”

Letterman is clearly asking that question now. As part of his first show, he took his cameras down to Selma and he went back to that bridge, and he walked across it with Congressman John Lewis, who was one of the leaders of the 1965 march. They talked about that day, about the importance of the civil rights movement, and about the issues of race that still linger.

It would be easy for me to cynically dismiss that as a maudlin attempt by an aging comedian to assuage some white guilt. But there is no doubt hundreds of thousands of Letterman fans who had come for the jokes were introduced to this painful moment in American history instead. And there is no doubt that many of those viewers will now look at our current moment in history differently as a result. If it is not too late for him, perhaps it is not too late for the rest of us to have our own do over by simply stopping and asking ourselves that same question: “Where should I be right now?”