Why Albertans should stop voting Conservative

Max Fawcett: If Albertans want the rest of Canada to take their issues more seriously, they’ll have to do something even more radical than pushing for separation—stop voting Conservative 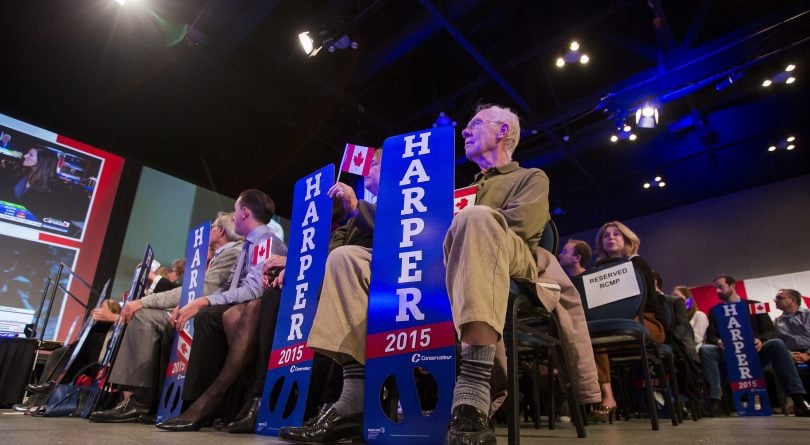 Like a lot of Albertans these days, Michelle Rempel is frustrated with the rest of the country. In a Globe and Mail story last week, Rempel made the case for why people living in Toronto and Montreal need to care more about what’s going on in Calgary. “The message I would like the rest of the country to hear is it doesn’t matter where you live in the country, oil and gas and the Alberta economy need to be a ballot question for you,” she said. “Our national campaign has to talk about Alberta.”

Her frustration with the rest of Canada, and that of many Albertans, is understandable. They’ve contributed many billions of dollars to the federal treasury over the last two decades and received little more in return than a growing sense of hostility towards the source of said funds. But that frustration doesn’t resonate in the rest of the country, where the intricacies of the equalization program aren’t nearly as popular a topic of conversation, and where Alberta’s long-standing habit of rubbing its prosperity in the face of the so-called “have-not provinces” has left the people who live in them a bit cold to its recent plight.

This stew of economic pain and political alienation, and the willingness of certain politicians to continue stirring it, helps explain the recent outburst of western separatism. But if Albertans want the rest of Canada to take their issues more seriously, they’ll have to do something even more radical than push for separation: stop voting Conservative.

MORE: Imagining a federal election without Alberta or Quebec

They don’t have to do that forever, mind you, and they certainly don’t have to vote Liberal. Asking an Albertan to vote for Trudeau in 2019 is a bit like asking an ardent Hillary Clinton supporter to vote for Donald Trump in 2020. But as long as Albertans reflexively vote Conservative at the federal level, they are inviting said federal Conservatives to take their votes for granted and focus on winning the ones in relatively vote-rich Quebec and Ontario. Stephen Harper’s tenure as Prime Minister offers a useful illustration of that.

Here was a Prime Minister from Calgary, who gave important cabinet posts to other Albertans, and who ostensibly had Alberta’s best interests in mind. And yet, during his nearly decade-long time in office, Mr. Harper and his government consistently made decisions that were at odds with those interests.

For example, his government changed the tax treatment of the income trust structure that dozens of oil and gas companies in Calgary had come to depend on, breaking a campaign promise and vaporizing billions of dollars of shareholder value in the process. His government blocked takeovers of oil sands companies by Chinese state-owned enterprises in 2012, a decision that closed a door that a number of smaller oil-sands companies had been planning to use. And it was his government’s ham-fisted approach to building pipelines that played a major role in transforming them from mere pieces of energy infrastructure into metaphors for the carbon economy.

But perhaps the most conspicuous decision the Harper government made was the one involving equalization. There was no overhaul of the formula, no reorientation of its basic purpose in a way that favoured Alberta. Instead, the Harper government resigned itself to minor tweaks so as not to upset voters in Quebec or Ontario.

Indeed, the formula that it adopted in 2007 actually had the effect of increasing Quebec’s take, and of turning Ontario into a have-not province (one that would start receiving equalization benefits). It’s no wonder: Harper knew he could count on the 28 seats in Alberta remaining reliably Conservative, and he understood that the majority government he was trying to cobble together depended almost entirely on winning more seats in central Canada. In 2011, he earned that majority.

This is the electoral calculus that Albertans have to break if they want their issues to be taken more seriously by the rest of the country. If the 34 seats in Alberta are never in play, there’s no political incentive for anyone—Liberal or Conservative—to put its issues at the forefront.

It’s been 70 years since Alberta’s federal seats were up for grabs, when Social Credit and the Liberals ended up with 37.4 per cent and 33.8 per cent of the vote, respectively. Since then, there have only been three occasions where Alberta sent more than three non-Conservative MPs to Ottawa: four in 1968, four again in 1993, and a whopping five in 2015. Other than that, it’s been blue wave after blue wave, with Conservatives routinely pulling more than 60 per cent of the popular vote.

The odds of Albertans actually voting strategically in this fall’s election and putting the province’s federal Conservatives on notice are about the same as Maxime Bernier crossing the aisle to join the Liberals. But it’s something they might want to start thinking seriously about.

After all, as Einstein famously observed, the definition of insanity is doing the same thing over and over again and expecting a different result. And if recent history is any indication, voting Conservative isn’t going to get them the results they want.