Why buck-a-beer failed before in Ontario—and why it likely will, again

The story of Lakeport Brewing Co.'s meteoric rise and total collapse shows us why Doug Ford's plans for buck-a-beer's return will be a tall task—if not an impossible one 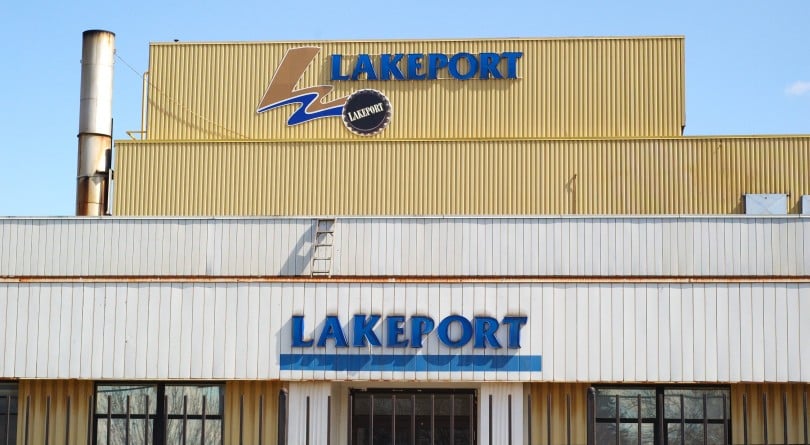 The Lakeport Brewery and head office in Hamilton, Ont., in 2009. (Stephen C. Host/CP)

The idea of cheaper beer seems like something everyone can get behind. But in the hands of Ontario’s divisive Progressive Conservative government, even this has elicited outcry.

When Premier Doug Ford arrived at Picton, Ont.’s Barley Days brewery to announce his government’s plan for delivering on his sudsy campaign promise to bring back buck-a-beer pricing—through free advertising and prominent shelf space at the LCBO—he was met by protesters criticizing him for focussing on cheap beer rather than the sex-ed curriculum or the cancellation of the province’s basic income pilot project. Still, with Barley Days signing up for the program, Ford hopes other brewers will take up the “challenge.”

But many of them have dismissed the idea so far. And we shouldn’t worry too much: buck-a-beer is likely a total non-starter in Ontario.

To understand why, we need only to look back at the 1990s, a lively decade for Canadian beer, and a time when Ontario was a battleground for three different beer-related fights: an international trade war, an interprovincial price war, and, later, an internecine ice beer war, all of which arguably culminated in Molson’s famous “I Am Canadian” rant, which expressed the profound relationship tying beer to our national identity. As a result of general inflation, tax hikes and NAFTA negotiations being affected by American brewers complaining that they were being priced out of the Canadian market, beer prices rose an average of 7.5 per cent a year between 1982 and 1992, passing the dollar-per-bottle threshold in 1991, when a “two-four” case of beer first surpassed the $24 mark. In 1992—and in July, peak beer-drinking season—it was announced that the price of a case of Canadian beer was set to inch up further, from $26.15 to $26.40 a case. It was so costly that cheap brew-your-own-beer kits became seen as a legitimate industry threat—not to mention the cross-border smuggling that took root over the following couple of years that affected all Canadian alcohol-makers. “We have a hell of a problem and the problem is the black market,” Ron Veilleux, then the president of the Association of Canadian Distillers, told the Windsor Star in 1993. “Most of our neighbours and friends in this town and across the country would rather buy their spirits half-price from their friendly cab driver or people who now distribute from door to door.”

Entrepreneur Bill Sharpe looked at the Ontario market and saw an opportunity. Sharpe, who had started a huge premium brewery in Hamilton, had done well in B.C. with his “Beer Beer”—a generic brand of discount beer sold in brown cases—approached Loblaw Companies about joining forces to produce a discount beer. Loblaw president Dave Nichol was intrigued; he was a marketing genius known for his President’s Choice branding, which offered premium “decadent” products at comparable prices to familiar name brands.

The pair started developing the recipe for President’s Choice Premium Draft Beer, which involved Saaz hops imported from Czechoslovakia and a cold-filtration process. Those were relatively unique, higher-cost touches at the time, but the real innovation was the price—just over a buck-a-beer, at $12.50 for a 12-pack. That was only possible because Sharpe had bought his massive brewery—which he renamed Lakeport.

The beer launched in December 1992—and it sold out in a week. Even though Lakeport was pumping out 10,000 cases a day, it couldn’t keep up with demand over the holidays. Lakeport even took out several full-page advertisements to draw attention to the beer’s success and apologize for ruining Christmas. Underneath a photo of Nichol and his pet bulldog, Georgie Girl (in Christmas attire), the text read: “Sorry, Dave Nichol! We let you down! We never expected the kind of demand your beer has generated!”

In the second edition of The Ontario Craft Beer Guide, authors Robin LeBlanc and Jordan St. John pointed out that, by springtime, PC beer owned two per cent of the beer market, and so naturally, other competitors wanted in on the action. Within two years, PC developed a number of rivals, including a brand launched by Nichols himself, who had resigned from Loblaw to hang out his own shingle, with a brand brewed by—you guessed it—Lakeport. Some believe his cheap beer offering was an experiment to see if he could sell anything to his fan base—not just chocolate chip cookies and gourmet dog food—before he went out on his own.

For as much as this glut of discount beer was a literal Christmas day for drinkers who liked to drink in bulk—or for those drinking their way through a recession that was hitting at the same time—it was also devastating to what was then Ontario’s burgeoning craft beer industry, which was trying to find its legs. Instead of nice micro-breweries experimenting with high-quality beers, LeBlanc and St. John write, Ontario got to experience the 1993 ice beer wars—a gimmicky face-off between Molson and Labatt, which kept trying to outdo each other with increasingly higher-alcohol “ice beers.” At the peak of these wars, Molson XXX and Labatt’s Maximum Ice each clocked in at more than seven per cent alcohol-by-volume (ABV), a low point of an era in Canadian beer marketing that beer historian Paul Brent refers to as the “silly years.”

But the “ice beer wars” also exposed how cheap and strong beers were being sold, basically, as cost-effective alcohol delivery systems. Before long, health professionals and the Mothers Against Drunk Driving (MADD) organization took notice. In November 1993, MADD’s John Bates launched a boycott, raising concerns in the media and meeting with Ontario’s consumer affairs minister Marilyn Churley about the dangers the ice beer wars were posing.

That year, the LCBO instituted a social responsibility policy that included “floor pricing” or “social reference pricing,” which allowed it to set minimum prices for alcohol with a view to curbing over-consumption. It didn’t seem to have a lot of teeth, however. The floor price for beer was an affordable $21.30 a case for most of the 1990s and the first half of the new decade of the new millennium, which was exactly how much Lakeport marked down its beer to in 2004 (from its trademark $24-for-24), when it announced a massive promotion under the brazen advertising banner: “Lakeport wins the price war.” The next year, the floor price went up to $24, which is how much a case of Lakeport would set you back until Labatt bought the company in 2007. But in 2008, after years of lobbying by the big brewers, long irritated by the discount beer industry that was made possible only because of Lakeport’s sheer size), and supported by MADD (an organization rarely in agreement with the beer industry), the Ontario government asked the LCBO to raise the floor price from $24 to $25.60. Buck-a-beer officially became a thing of the past. Thanks to Liberal and Progressive Conservative governments alike, the floor price is now even higher: $29.35.

That floor price became political grist during the Ontario election campaign, and the Ontario PCs have since positioned it as the problem. “Beer fans across Ontario can officially start counting down the days until the return of ‘Buck-a-Beer’, the popular $1-per-beer price floor that delighted people across Ontario until it was cancelled when the previous government abruptly introduced new beer price regulations,” reads the Ontario government’s ahistorical release. But floor pricing is really the MacGuffin of this story: The reality is that inflation and market changes have changed the landscape for beer-makers. Look no further for proof than the fact that nobody sells beer for $29.35 a case at the Beer Store, despite the fact that they could.

“The whole thing is just so much political optics,” says Stephen Beaumont, author of the recently released book, Will Travel for Beer. “Since there are currently zero beers in Ontario sold at the $1.25 base price (per can), it’s lunacy to think that an even lower minimum price will be embraced by the industry. Ten months from now, we’ll have forgotten all about this.”

In fact, the only facility that was ever able to break even at the mythical buck-a-beer price point in the past three decades was the massive Lakeport brewery—and that facility was permanently closed in 2010. As Jordan St. John puts it, its owner, Labatt gutted the brewery three years after it purchased it and “figuratively salted the earth,” scrapping equipment, rejecting offers from other brewers, and then pulling it off the market  expressly because it wanted to put an end to beer wars in Ontario. The building has since been demolished, and on that site, the popular craft brewery Collective Arts makes their wares—and sells them for a lot more than a buck-a-beer.

Without subsidizing brewers or doing something totally radical, like opening a new state-run, Lakeport-sized brewery, it’s impossible to see how Premier Ford could turn the inflation clock back nearly 30 years. Some craft brewers have raised concerns that the incentives at the LCBO only benefit large producers, and that Ford has craft beer in his crosshairs. But while they could theoretically run at a loss for a while—hurting the new wave of craft brewers, like last time—the incentives that are coming don’t really work for big brewers, either. “[They’re] losing market share and profitability, so it doesn’t make any sense for them to lower their pricing to make less on their beer,” says Beaumont. “They’re not going to be swayed by an end-of-aisle display.”

And tastes have changed in the last two decades. Craft beer has established its own market—about 7.5 per cent of the total sales in Ontario—and its loyal fan base is so far proving eager to pay way more than a dollar a beer. (Indeed, Dominion City’s Buck-A-Beer Blonde Ale—which will donate a dollar from every sale to refugee programs—will retail for $3.50 per can.) Two years ago there were only 20 public breweries in Ontario; today, there are more than 200, and they continue to mushroom, with names like Brew Factory, Brew Perfect and Brew Your Own Beer. Big Beer has been responding to this market shift by pursuing that market, and it has sought to sell to consumers who want to trade up, not to people looking for meagre discounts. And while the bestsellers at the Beer Store are indicative of Ontarians’ mass-market tastes—Coors Light, Molson Canadian, and other more affordable brands—it’s unlikely those brands are about to get any cheaper, and definitely not as cheap as buck-a-beer, unless these conglomerates intend to make them a loss-leader. If anything, premiumization of the mainstream beer market has only just begun, as the craft-beer market share gets a little bigger every year.

These shifts and even history itself just confirms the fact that we’re not going to ever party like it’s 1991 again—or even like it’s 2007. Buck-a-beer isn’t ever going to bring on a new era of beer wars. That may be hard to hear for the little guy, which forms Ford’s presumed core support. But maybe he, like Dave Nichol, is just trying to see if he can sell anything to his fan base.

Even Nichol couldn’t bring back buck-a-beer. But at least he was close.