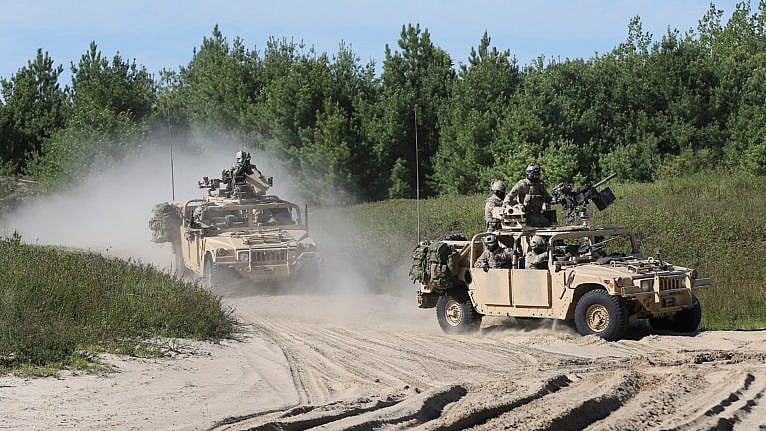 In early March, Canadian special forces soldiers were involved in an operation against ISIS positions in the Makhmour region of northern Iraq. The operation was code-named Ready Lion and lasted two weeks. By the time this made news back home a month later, another operation in Iraq had already begun, this time in the Hamrin Mountains, 70 km south of Makhmour.

It’s unclear what role, if any, the Canadian special forces played in that operation, and the special forces command is not clarifying, telling me in an email that “for operational security reasons, we cannot disclose any details.” According to an Iraqi military source in Iraq who spoke to Maclean’s on condition of anonymity, the Hamrin offensive was led by the Iraqi army, alongside Shia militia forces. The international coalition, Inherent Resolve, of which the Canadian special forces are a part, may have been involved in intelligence gathering and planning, the source says, but it did not engage directly, as it had in Makhmour.

“Forces like the Canadians are much better at gathering intelligence and planning than Iraqi security forces or the Shia militias,” he says. “They have a role in most operations, but I can’t tell you what exactly they do. It’s very secret.”

If the Canadians were involved in Hamrin, it would be, to put it mildly, an eclectic mix of forces working together to defeat a resurgent ISIS. Many of Iraq’s Shia militias harbour almost as much hatred for Western forces in their country as they do for the Sunni extremists they’ve vowed to eradicate, and some of them are more loyal to the regime in Iran than they are to the central government in Iraq. Indeed, back in the spring of 2019, when I embedded with Canadian military trainers leading the NATO training mission, soldiers confessed that they worried as much about Shia militias as ISIS militants.

But this is the strange world of 21st-century asymmetric warfare: alliances are built on temporary interests and the distinction between friend and foe can be fluid. Canada has found itself supporting warlords accused of war crimes in Afghanistan; the U.S. is working with a Marxist-Leninist militia in Syria with ties to a designated terrorist organization in Turkey.

On the other side, the enemy, whether it is ISIS or the Taliban, does not operate like a conventional foe. It does not play by the rules; it can appear and disappear in an instant; it lays traps and cares little who falls in them; and its goal isn’t battleground victories but inflicting a thousand wounds to bleed its adversary into submission.

For conventional armies, fighting such an enemy has proven costly. When there are no uniforms and no frontlines, when the enemy is everywhere and nowhere, the usual military tactics and strategies make little sense. Instead, what has been successful is a force that uses similar tactics as the enemy’s, special forces that are small and agile and discreet, who rely on stealth and who can partner with local irregular forces to carry out precision strikes.

Countries like Canada and the U.S. are increasingly turning to these special operations forces, the commando units that occupy the so-called “grey zone” of war. According to the Liberal party’s 2017 defence policy review, the reliance on these secretive units is set to increase for the foreseeable future, with $1.5 billion in projected new spending over the next 20 years and up to 605 additional personnel.

Defence experts generally agree that the increase is necessary, but the long-term consequences of creating more of these lethal fighters and using them more often should raise some red flags. In the U.S., for instance, special operations forces are facing a reckoning after they were accused of a series of war crimes in Iraq and elsewhere. A January 2020 comprehensive review found that “a [United States Special Operations Command] culture overly focused on force employment and mission accomplishment creates the contexts or situations allowing for misconduct and unethical behaviour to develop within the [special operations] enterprise.”

As Canadian special forces missions become more frequent and longer—the deployment to Iraq, for instance, is into its seventh year—we also have to ask what kind of toll they will take on individual soldiers. Despite the invincible mystique that surrounds them, these are, after all, human beings.

Using special forces is a slippery process that becomes harder to reverse the more they are used, and it is made worse by the fact that Canada’s special operations command is cloaked in secrecy, even more so than its American counterpart. The April announcement of Canadian involvement in Makhmour was the first news of what Canada’s elite fighters have been up to in Iraq in more than a year. At the same time, it came just over a week after the Canadian government announced it would be extending the mission for another year. There may already be more of these missions that Canadians know nothing about.

As important as they might be in an increasingly disordered world, the doctrine of necessity alone cannot justify their use. All too often, that doctrine is used to rationalize atrocities after the fact. And then we must ask: what is the point in winning the wars of the future if in the process we end up losing ourselves?

This article appears in print in the June 2021 issue of Maclean’s magazine with the headline, “Canada’s shadow army.” Subscribe to the monthly print magazine here.