Why COVID-19 spreads so quickly inside dictatorships

Shannon Gormley: This new coronavirus has benefited from dictatorships’ aversion to accurate information. Will dictators' lies, the lifeblood of their regimes, also be the end of them? 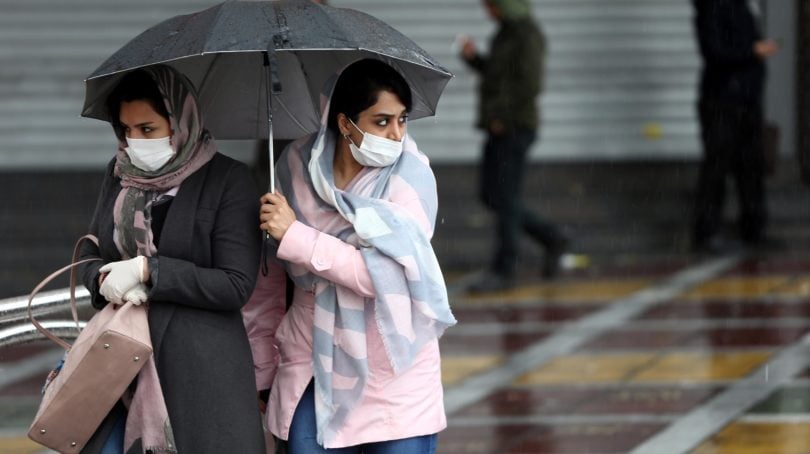 But what everyone really admires is security. When the dictatorship’s regime is secure, it is supposed to keep the country secure, economically and in every other way. That is the fair exchange that dictatorships seem to promise: security for security. So if dictatorships keep their countries so secure, why is it that two of the world’s most notorious dictatorships have the highest reported deaths from the coronavirus?

No, the answer is not that there is a conspiracy afoot. One of these dictatorships—namely, China—has not unleashed a bio-weapon upon the world. But when conspiracy theories about every conceivable subject are spreading in every conceivable place in the world, it is no wonder they’re spreading about regimes who can only maintain their own security by subverting the truth. And it is little surprise that an illness, as well, is spreading particularly rapidly in the places those regimes rule.

READ MORE: COVID-19 has the potential to become as severe as the Spanish flu

Human error explains much of the spread. (Human error explains much of most problems.) But it would not be the first time that the requirements of dictatorship-maintenance have killed people, and not only by way of tanks or guns. Almost 20 years ago, a mysterious illness began to spread through an authoritarian country. As people fell ill, some dying, reporters were prevented from reporting on it. By suppressing the truth, the regime ensured that people died when they might have protected themselves or saved others. Several months later, the world learned of SARS.

This new virus, COVID-19, has also benefited from dictatorships’ aversion to accurate information. In China, some doctors have been punished for mentioning the sickness online. Others have been questioned for spreading rumours about it. Social media accounts have been deleted and new online regulations have been introduced. Journalists have been harassed. And even as it has prevented the truth from getting out into the wider public, the regime has been putting lies and misdirections into circulation. The Communist Party of China has sent journalists running around to find stories of self-sacrifice, and has sent its leader to a Lunar New Year banquet. Meanwhile, in Iran, journalists are being intimidated into silence about the spread of the virus, while the deputy minister of health, showing symptoms of the virus, wiped sweat from his brow during a news conference in which he downplayed the spread of the virus that he would later be forced to admit he carried.

The purpose of the regimes’ lies is clear: self-preservation. Dictatorships must obscure their failure to uphold their end of the dishonest bargain they made—their failure, that is, to keep the nation secure. These regimes fear that should people discover the full extent of their failure, it is their own security that would be under threat. This may be one reason that all types of dictatorship have a negative impact on health outcomes.

RELATED: The coronavirus can’t be contained. Are you ready?

The lies they tell may offer dictatorships limited protection once they are exposed. One of these two regimes was recently reminded of this fact when it was forced to admit that it had lied about how its own military had shot down a plane carrying hundreds of its citizens. Iranian people started wearing the same surgical masks in massive protests that they wear today for very different reasons during a new crisis perpetuated by new lies.

Of course, the extent to which the health of democratic citizens is protected by the truth depends partly on how healthy their democracies are. Trump has been found by the Washington Post to have told 16,000 lies since taking the oath of office. As the virus spread through the world, Trump praised China’s dictator, Xi Jinping, for being “strong.” Whether or not the virus spreads more through the United States, he will no doubt continue to praise himself for having much the same strength.

Will their lies, the lifeblood of these dictatorial regimes, also be the death of them? I don’t know. In the case of China and Iran, though, lies seem to be killing a lot of citizens. I hope that fact helps to kill the idea that dictatorships create more security rather than less, at least for the people they abuse, if not the people who rule them.

This article appears in print in the April 2020 issue of Maclean’s magazine with the headline, “Central control failure.” Subscribe to the monthly print magazine here.