Why did Ed the Sock compare Jagmeet Singh to Jughead, the misunderstood Archie character?

Nick Taylor-Vaisey: 'Jughead' was a racist insult thrown at Singh as a kid. Whatever the Sock's intention, his premise is flawed. Jughead Jones is brilliant. 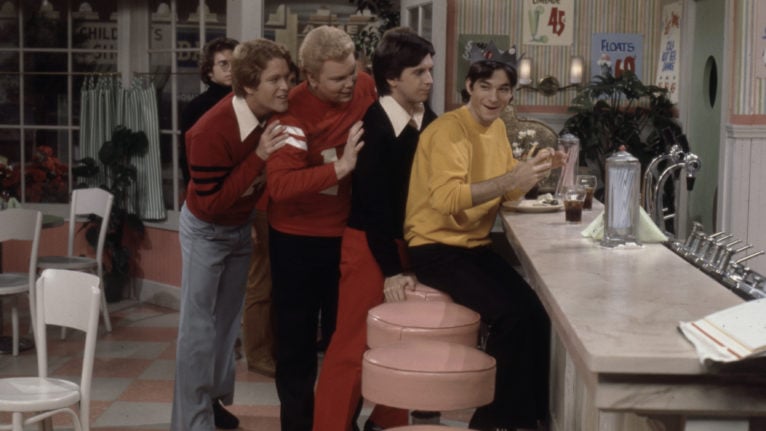 Let’s get the obvious out of the way. Anyone who insults Jagmeet Singh by calling him Jughead is either racist, extremely uninformed or both. When Singh was a kid, some of the other kids around him threw the J-word at him as an epithet. More recently, the grown man whose alter ego is Ed the Sock—Steven Kerzner—has taken to using the nickname for Singh because, he claims, the NDP leader is a dumb guy—just like Jughead Jones, a “dopey” and “dumb” character from the Archie comics.

Okay, enough w/this Jughead crap. It was said to compare Singh to a dopey comic book character, had nothing to do w/his faith or turban. I don't make fun of someone's faith, ever. If you took it differently than it was intended, that was unforeseen & unintended. Enough yet?

Kerzner, one of Prime Minister Justin Trudeau’s avowed Twitter defenders, initially refused to apologize and walk away. Even when Liberal MPs denounced him, the man behind the sock didn’t budge, though he did tell PressProgress that he’d stop using the term. He did later say sorry for an “error in judgment” that allowed observers to “take it and use it differently than I intended.”* Maybe a new argument will convince Kerzner of his wrongness: Jughead isn’t dumb. He might even be the most street-smart character in the Archie universe.

The one irrefutable truth about Archie and the gang’s life in Riverdale is that continuity is a totally alien concept to their lives. Character traits come and go as different artists and writers graft their own visions onto the otherwise empty vessels of the world’s longest-lasting teenage friend group. Forsythe P. “Jughead” Jones III is no exception. Sure, the needle-nosed, beanie-headed enigma constantly wears a mysterious “S” sweater and often walks around with his eyes closed. Every version of him loves to eat, but 80 years of artistry has produced parallel versions of Jughead (a.k.a. Juggie).

In the early days, he was famously a woman-hater on the run from punch-drunk Ethel Muggs. But he’s also had several girlfriends over the years and, in one recent arc, was asexual. He has professionalized an occasionally prolonged aversion to activity of any sort. That’s because Jughead is, underneath that persistent veneer of indifference bordering on nihilism, a brilliant teenager. If only he ever tried, he could leave everyone in his dust.

MORE: Jagmeet Singh calls MP ‘racist’ but has he forgotten about Bill 21?

Take “The Glasses Case”, a six-page 1993 arc drawn by Rex Lindsey and scripted by Craig Boldman. Dilton Doiley, Riverdale High’s resident brainiac, loses his glasses. Jughead finds them in the gym’s locker room and gives them a whirl. Suddenly, he does smart things. He shows Principal Weatherbee how to properly get ketchup out of the bottle. He troubleshoots a computer glitch frazzling Ms. Grundy. He solves a complex equation that stumped even Professor Flutesnoot. Eventually, Jughead styles himself as the Answer Man and offers advice to classmates for a buck. That’s when Dilton appears, having found his glasses. Stanley Slackjaw, whose demeanour and general intelligence matches his moniker, realizes the specs are his. Dilton’s magic glasses were only a placebo. Jughead had it in him all along.

Even though he often eschews sports on account of his general antipathy towards doing stuff, Jughead proved in 1987’s “Biz Whiz”, a cover story penned by Al Hartley and pencilled by Stan Goldberg, that he knows football. Forced to take on a gig as Riverdale High’s team business manager, a motivated Juggie tells Ethel his secret to success: “The trick is to use your smarts and not your energy.” He generates hype, forces the players to adopt a nutritional diet and gets their grades up. Every character questions his methods.

In the final act of this four-part strip—21 pages in all—Jughead floats above the field during the big game in a hot air balloon he managed to procure (who cares how he found it?). From high above, he pinpoints the opponents’ weaknesses and calls the winning play. A brilliant mind at it again. Even the digest’s cover line is astonished: “We know Jughead can win an eating contest!!! But what’s he doing on a football field?” Should anyone really be surprised?

In 2015, Jaime Weinman described Jughead’s character as a combination of “cleverness, apathy, charm and misanthropy,” all of which describe him at one point or another, sometimes all at once. In Twelve-Cent Archie, Bart Beaty’s analysis of the 1960s-era Archie comics, the author concludes of Jughead: “He does not scheme, as do Betty and Veronica, and he does not fight, as do Archie and Reggie; he simply exists.” That final analysis may expose the greatest weakness in Ed the Sock’s bizarre critique of Jagmeet Singh. The NDP leader might never lead a government, but he’s not known for timidity in his corner of the House of Commons.

Of course, Jughead would likely never run for office. Not unless he were paid in hamburgers. But if he ever did end up getting elected, the “eighth wonder of the world”—that’s a nickname from 1963, courtesy of Archie and Reggie—would probably end up, totally by accident, the most popular politician in the land. And he’d leave office the moment he found a delicious distraction, perfectly timed—again, by total fluke—to his welcome being worn out. Basically, the opposite of Bill Morneau’s fate. Maybe we need more people like Jughead Jones in Parliament.

CORRECTION, Aug. 20, 2020: This post originally claimed that Ed the Sock never apologized for his comments. In fact, he did offer a conditional apology on Aug. 17.