Why everybody should rid themselves of old habits—and go vegan

Jessica Scott-Reid: Eating animals and the food they produce is no longer necessary—and there are cheaper and healthier options in the Western world 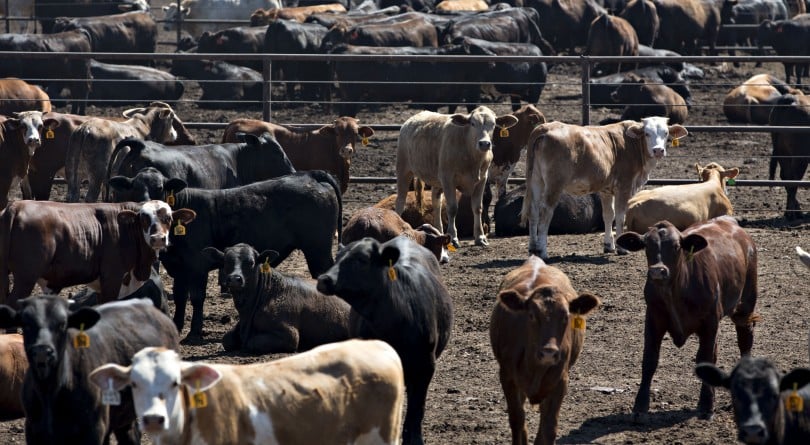 Jessica Scott-Reid is a Canadian writer and animal advocate.

Where once the decision to not eat meat was perceived as an act of radical rebellion, plant-based eating and cruelty-free shopping has now become a major trend. Vegetarianism and veganism have gone mainstream: plant-based meat alternatives are increasingly available at grocery retailers across North America, and there’s been a boom in subscribers to Meat Free Monday, the Paul McCartney-endorsed initiative to cut meat from meals one day a week. It’s easier than ever to find vegan-friendly menu options and restaurants, and it’s become a fast-growing market, too—according to Euromonitor, global sales of meat substitutes have risen an average of 9.3 per cent each year between 2012 and 2017.

In Canada, a recent Dalhousie University survey found that about 6.4 million Canadians are already reducing or eliminating meat from their diets, while 51 per cent of the population are willing to consider cutting their meat consumption in the future and 45 per cent agree that meat could be replaceable in their diet.

This all comes as people become more aware of the cruelties of industrialized animal farming, of the ethics of eating animals, and studies from groups like the World Health Organization suggesting that processed meats are tied to cancer and diabetes risks.

Still, there’s a perception that plant-based diet adherents can be frustratingly dogmatic. In the past year, protests outside restaurants serving meat have earned media attention that cast veganism as extreme and aggressive, particularly during a time when society appears to be making good, incremental changes. The problem is, that’s no longer enough. Animal agriculture is killing the planet—and that’s why 2019 is the year that veganism becomes a moral imperative.

A recent report by the UN’s Intergovernmental Panel on Climate Change presented stark warnings regarding greenhouse gas emissions and the future of the planet, asserting that we have only 12 years to keep global temperatures under 1.5C, beyond which a mere half-degree more will drastically increase the chances of disastrous climate breakdown, including flooding, drought and extreme heat. A subsequent report in the journal Nature pointed to a number of crucial solutions, which included a call to Western countries to reduce beef and pork consumption by 90 per cent, poultry and milk by 60 per cent, and to replace that with four to six times more beans and pulses.

That’s because animal agriculture produces more greenhouse gas emissions than all forms of transportation combined, and is a leading contributor to freshwater pollution, deforestation, ocean destruction, and loss of wildlife and biodiversity. Farming animals for food also uses up massive amounts of the Earth’s limited resources, including nearly 70 per cent of agricultural land available on the planet, plus another 10 per cent to grow animal feed. It takes approximately seven kilograms of grain and more than 15,000 litres of water to produce a single kilogram of beef—talk about an inefficient use of resources in the face of a surging world population.

Alternatively, research has shown that by forgoing the consumption of meat, you can slash both your carbon and water footprints in half, and if everyone ditched animal products, 75 per cent less farmland would be required to feed everyone. One recent study suggested that if all Americans adopted a plant-based diet, every person could be fed, plus an additional 350 million more. Those results are “well above the expected benefits of eliminating all supply-chain food waste,” states the study.

Eating animals and the food they produce is no longer necessary; the majority of the Western world has other options. And while plant-based proteins, fats and other nutrients are inaccessible for some communities, work is under way to lower costs and increase availability. Indeed, lentils, chickpeas, soy and tofu are much cheaper than animal protein, according to Sylvain Charlebois, the Dalhousie University professor who co-authored the survey on meat consumption. Furthermore, the lower cost of a vegan or vegetarian diet was the No. 2 lure for millennials and those in Generation Z. Price, too, has driven the rise in market share: “The margins,” he says, “are huge.”

In many areas of Canada, the consumption of meat, eggs and dairy is really now a mere pleasure—an old habit. While veganism may not be a catch-all solution to the planet’s many problems, the ethical arguments in favour of a vegan diet are increasingly too strong to ignore without loud cognitive dissonance. Playing vegetarian once a week and opting for the occasional Beyond Burger may be fun, and it may be a first step, but we need more than first steps to save the planet. Those who can go vegan, should—and most of us now can.