Why I should have voted for same-sex marriage

Rodger Cuzner: In 2004, I voted against same-sex marriage. After 19 years in parliament, that vote is the one I'd take back. 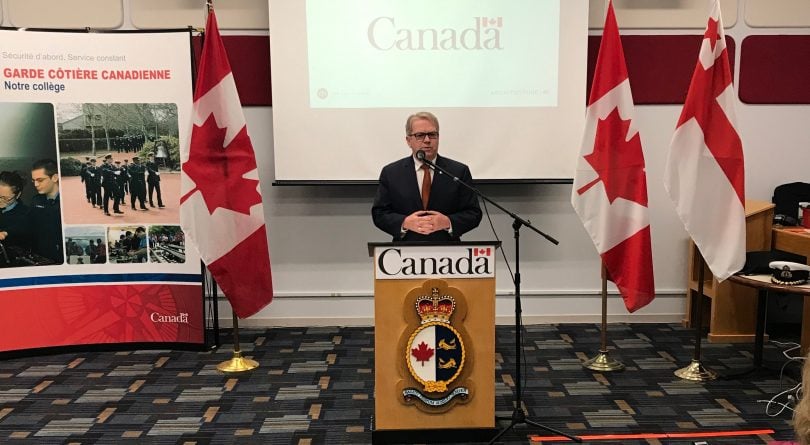 Rodger Cuzner is a Liberal MP for the riding of Cape Breton-Canso.

I recall driving up to Inverness for my first debate as a newly minted Liberal candidate for the riding of Bras d’Or, Cape Breton. I had never taken part in a formal debate in my life and was not able to recall being very successful in winning any of the many debates around my mother’s kitchen table.

My primary motivation for getting into federal politics rested on the belief that I could bring people together for a common purpose, and that this might help my community and its development. National issues and moral debates of the day were not central to my decision to run for office.

During the drive up to Inverness that day, my campaign manager began quizzing me on a variety of topics, prepping me for the big night. The back and forth went on for much of the drive up, and then as a wrap-up, he asked me, “what is your view on same-sex adoption?”

The several moments of silence that followed confirmed to him that it wasn’t an issue to which I had given a lot of attention. And while that specific question was not asked at the debate, I was asked an equally tough one: how I would vote should same-sex marriage legislation be brought forward?

In response, I said that should the matter be raised in Parliament, I would conduct a poll of my constituents and be guided by their advice. It wasn’t exactly a Churchillian response, but it was an answer.

Turn the clock ahead four years to 2004 and our country is immersed in the same-sex marriage debate. That summer’s national caucus gathering in North Bay, Ontario was intense and emotional, and we focused on little else other than same-sex marriage. There was an incredibly powerful intervention made by the late Senator Laurier LaPierre in support of the bill that moved many in the room to tears.

There were the words of former Prime Minister Jean Chretien, which still echoes in my head: “we cannot let the majority dictate the rights of the minority,” he said.

Despite my own personal views, and the moving speeches in favour of same sex marriage, I still felt an obligation to fulfill the promise I made to the people in that first Inverness debate.

MORE: Why are Canadian politicians still fighting about same-sex marriage?

I recall speaking with my former colleague Gerald Keddy, a Progressive Conservative MP from the South Shore of Nova Scotia. He too committed to seeking the opinion of his constituents, and he would proceed with a survey on the issue. He was incidentally one of four conservative MPs, including Belinda Stronach, James Moore and the late Jim Prentice, who ended up voting to support the bill.

So, like Gerald, I sent out to do the same. I gathered four strong opinion pieces, two in favour of same sex marriage and two opposed, printed each of them in one of my quarterly correspondence, attached a questionnaire and delivered it to every mailing address in my riding.

Over 1,300 responses were received, with 82 per cent voicing their opposition to the bill. It was not, admittedly, a great piece of scientific research, but it was the path I chose at the time.

In retrospect, it was not a wise one.

It never fails during an election period that candidates from across the country get asked the obligatory question: “if the time comes to choose between supporting your party’s position over the ‘will’ of your constituents, which way would you vote?” It’s question to which there is typically one answer.

So, armed with the opinion of my constituents, as thin of a shield that was, I felt this was probably such a time. When the time came, I voted against the bill; I voted against same-sex marriage.

The evening of the vote was an emotional night for a lot of people, and for a variety of reasons. I recently caught up with my former colleague and friend, Mike Savage, who remembered us going back to my office for a drink, and me confiding my great unease with the vote I had just cast.

Rather than summoning the courage to do what I knew in my heart to be right, I cast my vote and then spent the following months trying to convince myself that my decision was principled. I had hidden behind a promise I had made to my constituents that night in Inverness.

I disappointed several people that night, people I care about deeply—not the least of which was my late mother Kay, a life-long liberal, a progressive and community activist. I disappointed Mr. Chretien, and a many of my friends, some who never pass up an opportunity to rib and remind me of that vote. And I disappointed many gay and lesbian Canadians who sought only to be extended the same rights to marriage as their fellow citizens.

Barack Obama once said that “history bends toward progress.” The political party I have been fortunate to be a part of, has contributed much to the progress of this country, but sometimes we risk taking it for granted.

I may have left the team down that night, but I am proud my team didn’t let Canadians down. Same-sex marriage became a reality.

Of the thousands of votes cast in my 19 years as a Member of Parliament, that one would be the one I’d like to have back.