Why I travel alone

Nicole Schmidt: There’s a special type of gratification that comes with travelling alone, like learning to trust yourself, problem solving and stretching to the very tip of your comfort zone 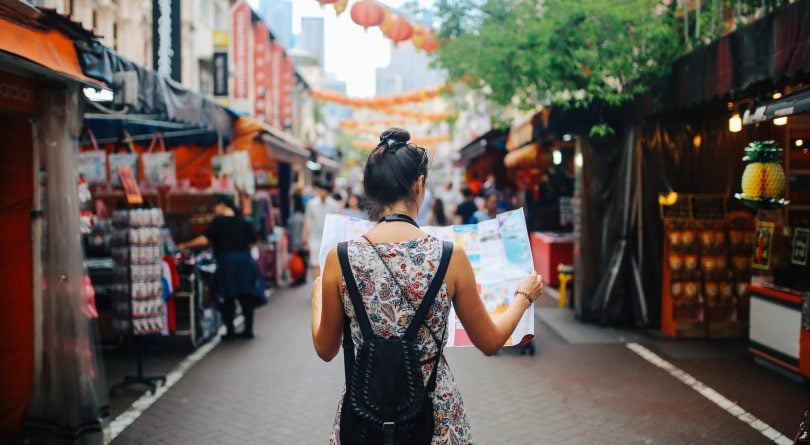 Last December, Carla Stefaniak, a 36-year-old from Fort Lauderdale, made headlines around the world after her solo birthday celebration in Costa Rica ended in tragedy. Stefaniak followed every unwritten rule on how to stay safe abroad: she booked a gated Airbnb villa that had security, made sure to get home before dark, and she sent daily texts to check in with her family back in Florida. But on the final day of her trip, she was brutally beaten and murdered by the property’s security guard.

Her death stirred up a mass of opinions about whether women should venture out into the world alone: the conclusion amongst news most news outlets was a resounding “no” and Twitter users begged their fellow females to always use the buddy system.

A few later, after the security guard responsible for Stefaniak’s murder was arrested, the New York Times published an article titled, “Alone, Adventerous and Attacked.” It chronicled back-to-back tales of women whose globe-trotting efforts were accompanied by violence worthy of a David Cronenberg film: the Scandanavians who were beheaded while hiking through the Moroccan mountains, the 22-year-old British backpacker who disappeared during a trip to New Zealand (the second safest country in the world, according to the Global Peace Index), the Belgian traveller who was kidnapped, repeatedly raped and locked in a pig shed for two days while looking for farming work in Australia.

MORE: How Canadian university students can save for a year of travel

A quick Google search for assaults on female tourists churns up an even longer list of horror stories, like the 51-year-old American tourist who was assaulted by an employee at an all-inclusive resort in Punta Cana and the Canadian woman who was gang-raped while on vacation in Paris.

Solo travel for women has become the “don’t take candy from strangers” mantra of 2019: media coverage has turned the plot of every Eat Pray Love-style adventure into a twisted cautionary tale where Julia Roberts ends up dead instead of having the journey of a lifetime. Yes, stepping onto a plane and into an unfamiliar place always involves some risk (just like most things in life, be it hopping in an Uber with a complete stranger or going on a Tinder date), but I’d argue there’s never been a better time to be a female globetrotter.

Over the past decade, more and more women have started travelling alone. According to Hostelworld, bookings from solo females have increased 88 per cent since 2015. That same data revealed that women also have a stronger desire to get out and see the world (75 per cent of young women surveyed had gone backpacking or were planning to, compared to 67 per cent of men). A mishmash of socioeconomic factors can take credit for the trend: since the ‘60s, the number of women trading marriage and kids for careers and travel has been on the rise, and even those who do decide to raise families are doing it later. (In 1970, most women had their first child by the time they turned 24. Today, that average has risen to 30.)

Then, of course, there’s the financial factor: we’re earning more, and trips to far away places cost less. In the 1950s, flying Qantas Airways’ “Kangaroo Route” from Perth, Australia to London, England would cost, for some, a year’s salary ($30,900 versus $1,500 in 2019), and the rise of the sharing economy—which gave birth to sites like Airbnb and Couchsurfing—means accommodation options are no longer limited to costly hotel suites.

But the biggest reason for the growing number of solo female travellers isn’t time or money or even Instagram. There’s a special type of gratification that comes with travelling alone—one you can’t get from a family vacation or even a backpacking trip with your best friend. It’s about stretching to the very tippy-toes of your comfort zone, connecting with new people and using problem solving skills far beyond the ones necessary to crack a Rubik’s cube.

Jada Yuan, the journalist who spent the entirety of 2018 travelling to every destination on the New York Times annual list of 52 Places to Go, said it best: “Trust has been the through-line that has emerged from it all. Trust in myself, trust in the fundamental goodness of people, trust that as a solo female traveler, I could watch my back without walling myself off from experiences.”

I started travelling by myself in 2016, during my last year of university. I had a bad case of wanderlust and didn’t want to postpone my plans until I could find someone to join me, so I booked a two-week trip through Germany. I planned every detail meticulously, but I might as well have put my itinerary through a paper shredder. An airport strike led to a cancelled flight home and an extra week abroad, which I used to take a detour across Austria. It was during that time I learned that things rarely go according to plan, that improvisation is a true art form and, above all, that I should trust my instincts.

Since, I’ve backpacked solo through 15 countries. Whenever I share tales from my travels, I get the same reaction: “I can’t believe you do that alone. Isn’t it dangerous?” There’s never a straight way to answer that question because sometimes, it is. After that first trip, I started travelling with the spastic impulses of an inflatable tube woman: I look at maps as a game of connect the dots, often picking a starting point and figuring the rest out as I go based on cheap bus routes, and I prefer to stay with locals I find on Couchsurfing (basically the lower-maintenance sibling of Airbnb) because they make the best tour guides.

My style of travelling can be a little unorthodox, but it’s never reckless. I choose where to go and whose couch to sleep on the same way most people decide which hotel to stay at: by doing research and reading reviews.

I may not be able to solve a Rubik’s Cube, but I do know how to navigate nearly any situation I find myself in. Last year, during a six week trek through the Balkans, I was trying to get from Belgrade to Timișoara in the Northwestern part of Romania. The bus ride was supposed to easy: three hours with a short transfer in the middle. Instead, I got stranded at the Serbian-Romania border. (Turns out the transfer busses had been cancelled indefinitely and no one bothered to update the website.)

For the first time, I thought to myself, “wow, you’re in trouble.” The crossing—which was no bigger than a rural gas station—was sandwiched between two fields and there was no town in sight. I didn’t have any cell phone data, which in hindsight, was a rookie move.

When I spotted a twenty-something-year-old man, who pulled over to have a cigarette, I did the only thing there was left to do: I asked for help. By some serendipitous coincidence, he was driving to Timișoara and offered me a ride. I would never suggest that a lone traveller hop into a car with people they don’t know. In my case, I didn’t have much of a choice. This man was travelling with his dad and his grandpa, and when I told him I was from Canada, he said he’d been to B.C. once to visit his uncle.

After a quiet, one hour drive, they dropped me off in the city centre. I waved goodbye, exhaled with the force of someone who’d just finished a marathon and thought, “I made it.”