Max Fawcett: The environment wouldn’t be a winner in a prolonged price war between Saudi Arabia, Russia and North America 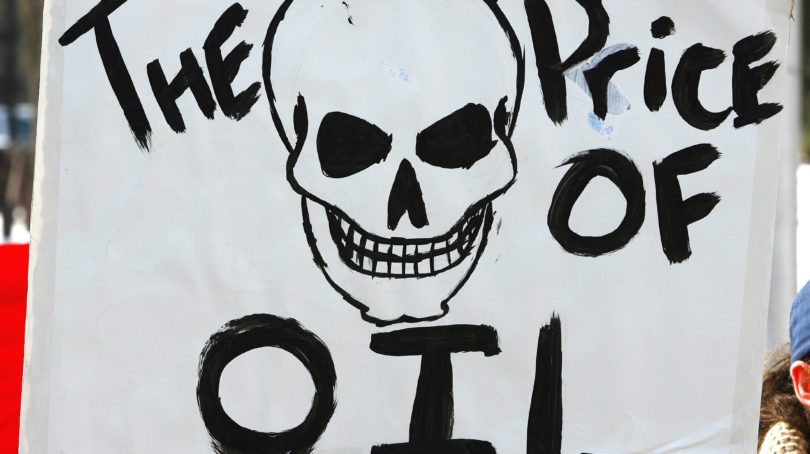 Alberta isn’t known for conspicuous displays of public nudity, but the energy sector might be about to show a whole lot of skin. After all, as Warren Buffet once said, “it’s only when the tide goes out that you find out who’s been swimming naked,” and the tide in the oil and gas market just went out—way, way out. An unexpected fracture in the relationship between Saudi Arabia and Russia, along with the growing impacts of COVID-19 on demand for gasoline, jet fuel, and other refined products, have combined to deliver one of the most savage one-two punches in recent economic history. After trading above $60 a barrel in January, oil prices opened Monday just a few cents above $30.

This has caused no small amount of grave-dancing on the part of some environmentalists, who treated the collapse in oil prices as a victory for the climate. Ross Gerber, the co-founder of a California-based wealth management firm, tweeted on Sunday evening that “it’s great seeing the price of oil collapse…winner is #mothernature.” Eric Holthaus, an American meteorologist and environmental writer, declared that “this is a major turning point in the climate fight.” Ironically, he might be right—for all the wrong reasons.

That’s because the environment wouldn’t be a winner in any prolonged price war between Saudi Arabia, Russia and North America. If anything, it could be one of the biggest casualties, given that lower oil and gas prices naturally encourage more demand, and make it harder for renewable sources of energy to compete. Electric vehicle manufacturers like Tesla have done an admirable job of turning their products into objects of desire rather than mere forms of transportation, but they will never achieve the kind of mass-adoption that environmentalists want to see if people are able to fill up their gas tanks for less than the cost of a decent meal. They should be rooting instead for much higher oil prices, and the more punitive gas prices that would result from them.

That’s particularly true in Alberta, where the costs and consequences of lower oil prices would be borne disproportionately by the environment. The province’s growing inventory of so-called “orphan wells”—old oil and gas wells whose owners have gone out of business in some form or another—is already a multi-billion-dollar problem for that province’s government, and those numbers would explode if oil prices stayed below $40 for more than a few months. The tailings ponds in northern Alberta that hold the waste material generated by oil sands facilities could be an even bigger environmental catastrophe, given that their reclamation and remediation depends in large part on their owners remaining viable and solvent long into the future. And while oil sands companies like Suncor and Canadian Natural Resources are far better prepared for an oil price war than their American counterparts, even they would have their limits (never mind their smaller and less financially robust peers).

None of this is a secret to Russia and Saudi Arabia, who are both sitting on enormous stores of oil and gas resources that they’d very much like to continue selling for as long as possible. By driving prices down, they can put enormous pressure on the oil and gas companies in North America that have been driving their output ever higher over the last decade, and stealing market share away from the Organization of Petroleum Exporting Countries (OPEC) cartel and its former Russian friend. Just as importantly, though, they can also stimulate additional demand for fossil fuels, and potentially extend their reign over the global economy.

That’s why anyone treating the collapse in oil prices as a victory for the environment needs to take a closer look at what’s really happening. Yes, the shares of oil and gas companies are getting battered, and with them the bank accounts of people who either work at or invest in them. It may well give banks and other institutional investors pause the next time one of those companies comes to them with plans to borrow money, and thereby make it more difficult for said companies to drill new wells. But Russia and OPEC have no such problems accessing capital, and you can be sure that they’ll happily drill their own wells when the time is right—ones that won’t have to pay carbon taxes or adhere to the kind of environmental standards, however imperfect they might be, that we have in Canada.

If there’s any good in this, it’s that it might finally snap Alberta’s political establishment out of its stupor when it comes to how it finances and funds its operations. Maybe, just maybe, the leaders of both parties could come together and reach an agreement on the need for a sales tax in the province, not to mention a more robust plan for addressing the growing inventory of orphan wells and unremediated tailings ponds. Desperate times call for desperate measures, after all, and these feel about as desperate as they come.