Why Winnie Mandela could not be forgiven

Opinion: Despite character assassination and imprisonment, Winnie Mandela died at the age of 81 without experiencing forgiveness for her alleged crimes 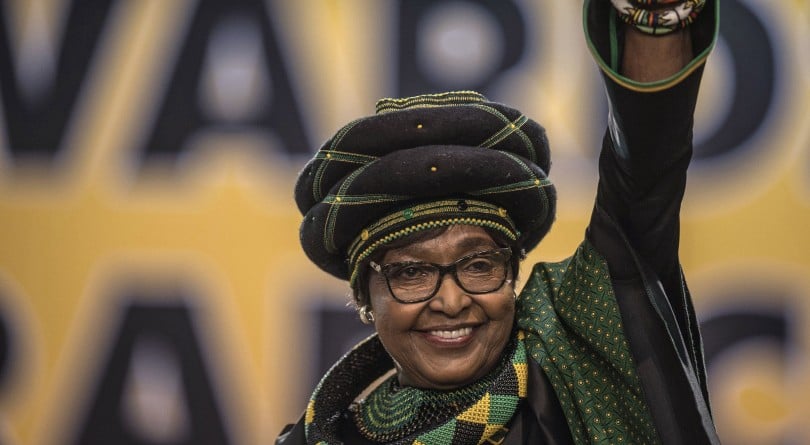 On the morning of Mar. 3, 1986, a stolen bakery van pulled up to the corner of NY1 and NY111 in Gugulethu, a township just outside of Cape Town. Seven young Black men exited the vehicle, with the intention of ambushing a bus known to carry senior police officers to the station each morning. But the seven men were themselves led into a trap orchestrated by Riaan Bellingan, an officer with the South African Police death squad dubbed Vlakplaas. Shortly after the men exited the vehicle, police cut them down in a hail of bullets. Though Bellingan would later claim during his Truth and Reconciliation hearing that some of the men threw grenades and were gunned down from a distance, forensic pathologist David Klatzow claimed their bodies told another story—skin charred by muzzle flash, and flesh shredded by close-range fire.

The van’s driver, Jimmy Mbane, was a government informant (known as an askari), and he had infiltrated the group with the intention of rooting out MK—the armed operatives of the African National Congress. His work came at a grave, bloody risk for the South African resistance: summary execution, if not lengthy detention punctuated by torture, beatings, and starvation, were routine punishments doled out by the police forces. In response, alleged informants were known to be punished by “necklacing”—strapped into a rubber tire, doused with gasoline, and burned alive.

For his counter-revolutionary efforts, Mbane was paid the equivalent of US$1,000.

The gruesome aftermath following the massacre of the Gugulethu Seven was carried on national television, the men’s torn bodies splayed across dirt as their mouths gaped to the sky. The sight of Christopher Piet’s body being dragged away at the end of a rope was still fresh in the consciousness of Black South Africans when Winnie Mandela, by then the face of the nation’s Black resistance with the imprisonment of her then-husband Nelson Mandela, gave a speech to a packed town hall in Munsieville just over a month later. “We have no guns. We have only stones, boxes of matches, and petrol,” Mandela declared. “Together, hand in hand, with our boxes of matches and our necklaces, we shall liberate this country.”

That speech, along with the murder of 14-year-old Stompie Moeketsi by Mandela’s former bodyguard Jerry Richardson, has managed to chase Winnie Mandela to her grave. Despite carrying the anti-apartheid movement on her shoulders during Nelson Mandela’s 27-year imprisonment, Winnie is one of a handful public figures from the apartheid era—and the only member of the ANC—to have borne punishment for violent crimes committed at the time. She was railroaded, tortured, and subjected to 13 months of solitary confinement by the orders of the National Party, and for her alleged role in the death of Moeketsi, she was criticized by the ANC and charged with kidnapping (though her jail term was reduced to a fine on appeal). In the 1998 report of the South African Truth and Reconciliation commission, Winnie was found to be “politically and morally accountable for the gross violations of human rights committed by the [Mandela United Football Club].”

We see this kind of division in almost every instance where a Black liberation movement rises in the face of oppression: the oppressor is granted the benefit of dividing acceptable means of resistance (usually centred in peace and absolution) from unacceptable means (usually cast as violent and hateful). In current political discourse, it shows up as a dichotomy between the methods of Martin Luther King Jr. and Malcolm X—a superficial reading that has sanitized Dr. King’s image in the white imagination to the brink of impotence, and one that demonizes Malcolm X who, with personal knowledge there was no level of violence against the Black body to which white men would not sink, believed violence in self-defence to be justified.

In the waning days of South Africa’s apartheid apparatus, the very same narrative wedge was used against Nelson and Winnie Mandela, with the government respectively casting them as near-messianic peacemaker and hardened terrorist long before Nelson’s release from prison.  In a recent documentary, Vic McPherson, the former director of operations for STRATCOM—a government body dedicated to spreading propaganda and misinformation against anti-apartheid activists—admitted his part in not only creating his own documentary about Winnie Mandela (which prevented her from accompanying Nelson to the U.S. after his release), but to using STRATCOM’s resources toward destroying her personal image among Black South Africans.

Later on, former Soweto police officer Henk Heslinga alleged that former safety minister Sydney Mufamadi instructed him to re-open the investigation into the death of Moeketsi, as well as all other cases made against Winnie Mandela, for the purpose of charging Winnie with murder. According to Heslinga, Richardson admitted during an interview that Moeketsi discovered he was an informant, and that he killed the child to cover his tracks.

Wherever the truth lies, and whoever is ultimately responsible the horrific death of Stompie Moeketsi, less than a quarter-century has passed since the end of South Africa’s apartheid regime—and yet the names of the people who committed some of the most unspeakable crimes in banal service to white supremacist rule have faded from public consciousness. Harold Snyman, Ruben Marx, Daantjie Siebert, Gideon Nieuwouldt, and Johan Beneke were never charged for the murder of Steve Biko; Jeffrey Benzien, who admitted to torturing prisoners via electrocution and asphyxiation, remained with the police force; Riaan Bellingan currently runs a private security company in Johannesburg.

In a post-apartheid world that too often places reconciliation and forgiveness ahead of accountability for humanitarian crimes, Winnie Mandela—mother of the nation and backbone of the revolution—has yet to be forgiven. And the crimes for which she’s been convicted in the court of public opinion were, largely, orchestrated by a brutal regime that was eager to destroy her character. Yet somehow, even while we acknowledge the evil of South Africa’s apartheid regime, the propaganda they spread about Mandela continues to define her legacy. That speaks volumes about who is afforded the privilege of forgiveness.