Will this be the year that men finally start listening?

Opinion: As #MeToo continues to evolve, men are beginning to learn that their days of insouciantly ignoring women’s concerns about sexual misconduct are over 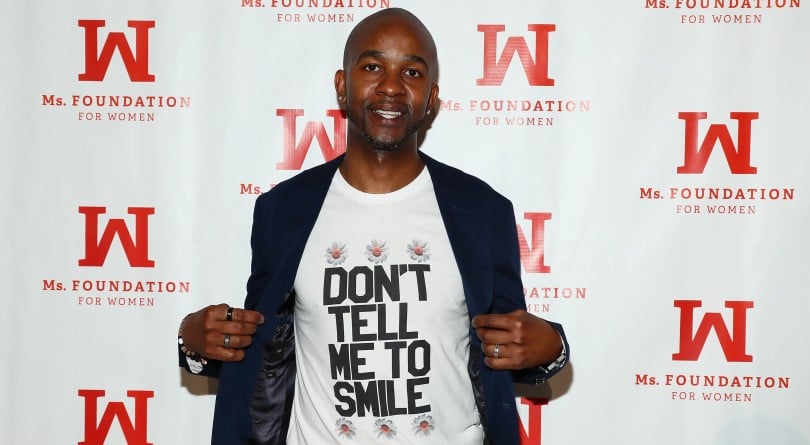 A few weeks ago, I hopped out of a cab in Parkdale, late to meet a male friend. I expected to find him nestled in a booth, drink in hand, ready to deploy a loving jab about my delay. Instead he was outside, waiting for me in the cold. In a serious tone, he suggested we consider a different bar. He’d already been inside and observed the place to be full of a social group that posed a high risk of including a man who, for a long time, was horrible to me. I hovered between endurance and resignation. “It’s up to you,” said my friend, “but I think we should leave.” And we did.

This gesture of vigilance struck me as remarkable for two reasons. The first is that it felt like something only a woman would do. Surveying for possible human threat is common practice, but prior to that night I’d never seen a straight white cis-man scan the room for danger, especially danger that involved the well-being of someone else. The second reason is that my friend was not always this considerate. Two summers ago, he sat in the passenger seat of my car, scrolling through his phone, only half-listening as I began to reveal the details of the very situation he was now sparing me from reliving. His heedlessness was hurtful. It was arduous enough to get the words out, but when he offered only “man, that’s crazy, I’m sorry,” with his head lowered, face illuminated by the light of his iPhone, I felt entirely flattened.

READ: Inside the first year of #MeToo

That night in my car confirmed a truth I’d come to know too well—that most men regard themselves as honourable, but shrivel when called upon to act in a manner that resembles how gallantly they see themselves in their own minds. Too often, the default response of men has been to downplay or derail the conversations that women try to have with them, certainly so in light of #MeToo. But recently—though perhaps only a little bit, and still far too late—something has changed.

If you’d asked me a year ago what men have learned from this powerful, albeit still fertile, era of reckoning, I’d have said habitual indignation. Or that they’ve taken the discourse and used it to better masquerade as allies, dressing up in the vocabulary of feminism so they can wear its accoutrements as a costume. Now, in addition to those things, I see empathy in the distance, inching closer. Whether out of fearfulness, sincerity, or some muddled combination of the two, men are beginning to learn that their days of insouciantly ignoring women’s concerns about sexual misconduct are over. If 2018 was about women, transgender and non-binary people demanding to be heard, I believe 2019 will see cis-gender men at last sit down, listen and—like my friend ushering me away from harm and toward three glasses of wine and a bowl of Georgian bean dip at a safe location—learn.

Shortly after Ontario trade and economic minister Jim Wilson’s sudden resignation in November, it was reported that sexual misconduct allegations were to blame. Facing criticism from many who felt he tried to keep the allegations quiet, Premier Doug Ford claimed his discretion was at the insistence of the complainant. Ford said he wanted anyone who may have similar allegations to know “they’re going to have a safe environment, and if they come forward, they’re going to be protected.” This was almost certainly directed by a communications specialist amid a PR crisis, and it was followed by the lazy excuse of a potential sex addiction for Wilson. But it is notable that even a man whose policy decisions have so far not indicated he cares about consent would now discuss dignity and care for survivors, using words that purport to take their suffering seriously. Do I think Doug Ford cares about sexual assault survivors? And do I think that Doug Ford cares, at all, about preventing future incidents of sexual assault? I do not. But he and his team know that the public barometer around sexual assault is changing, and his statement reflected that.

MORE: Why a federal #MeToo law won’t be enforced any time soon

In a much-discussed Slate interview with Anthony Bourdain from October 2017, the late TV host and vocal #MeToo supporter was asked whether he may have overlooked the implications of vulgar language frequently used by kitchen employees, including himself. Bourdain responded beautifully, without argument, without defensiveness: “Yes. I just have to cop to that and say yes.” Bourdain’s sentiment, and his willingness to look inward and make honest improvement, is spreading. In The Harvard Business Review, Michael Kimmel, a professor of sociology and gender studies at Stony Brook University, wrote that, “We’re afraid that if we [speak up for women], we’ll be marginalized, kicked out of the men’s club—that we’ll become, in effect, ‘honorary women.’ Men know that doing the right thing sometimes carries costs, and most of us are worried about jeopardizing what we have. So we betray the women in the room, abandon our ethics, and slink away uncomfortably.” Kimmel, who founded the university’s Centre for the Study of Men and Masculinities, finished the piece with a call to action. “After decades of accepting sexual harassment as the status quo, we have to take some of the weight off women’s shoulders. It’s simply not their responsibility alone to talk about and enforce workplace equality. We must call out the sexist behaviors of other men because it’s wrong and because it undermines women’s confidence and effectiveness in the workplace.”

The objective of #MeToo, from its inception in 2006 when the term was coined by activist Tarana Burke, until now, has been to show the world how prevalent sexual misconduct is. Now that men get it, perhaps we can set our sights on progress, instead of proof.

In March, actor Chris Evans told the New York Times that he read Rebecca Solnit’s The Mother of All Questions and arrived at an epiphany: “…Just because you have good intentions, doesn’t mean it’s your time to have a voice.” Wade Davis, a former N.F.L. football player-turned-activist and public speaker, told the audience at last September’s New Rules Summit that, “Here’s what men don’t get about the #MeToo movement: It is not about women, it’s about us.”

On a train trip home from Montreal this fall, days after the Kavanaugh hearing, the cantankerous man across the aisle loudly told a Via Rail employee that young women who get drunk deserve to be sexually assaulted. The Via Rail employee, to my relief and delight, told the man, and everyone within earshot, that he believed the accusers.

More recently, on Tinder, I kiddingly asked an American man how many nude photos I’d have to send him to get his HBO Go password, expecting him to reply similarly in jest. Instead he said, with complete seriousness, “I would never make you send those if you didn’t want to”. I sent a screen shot to a friend and joked that #MeToo has gone too far.

For all my unforeseen contentment, I have as many experiences of tremendous disappointment as I am reminded that a lot of people, of all genders, still do not care about victims of sexual assault. But something auspicious is stirring. I am hopeful about what it is.