Will Justin Trudeau sleep while Canada’s beds are burning?

Andrew MacDougall: If there is an off ramp in this crisis, it’s for the PM to stop delaying and start drawing some lines 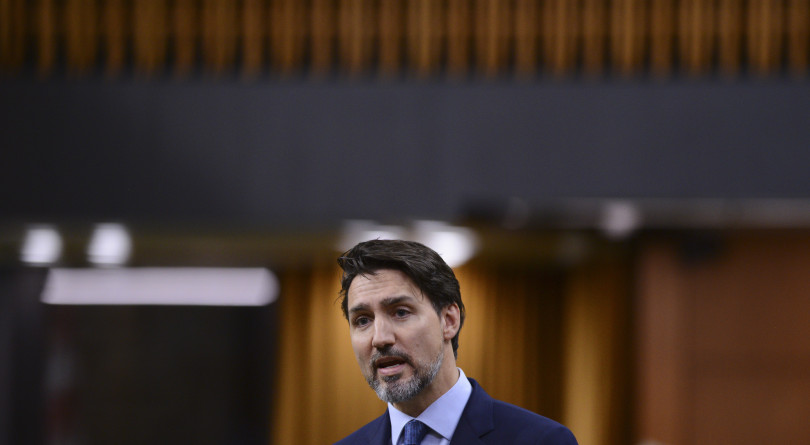 Trudeau delivers a statement in the House of Commons on Feb. 18, 2020, regarding the rail blockades across the country (CP/Sean Kilpatrick)

What do Justin Trudeau, Peter Garrett, and Ian Smith have in common? Other than being powerful white men in ‘settler’ states at a point in their lives, probably nothing.

Indeed, one assumes—quite comfortably—Trudeau and Garrett, the Midnight Oil singer/environmental and Indigenous rights campaigner turned Aussie cabinet minister, wouldn’t want to be caught dead in the same hypothetical conversation as Smith, ex-leader of the Rhodesian Front, who didn’t exactly share the former pair’s commitment to social justice. But that doesn’t mean the three of them didn’t grapple with a similar question, even if they did land on different sides of the ‘who should control the nation’s bounty’ divide.

The mid-1960’s postcolonial Smith was definitive: the white minority should remain in charge of a newly-independent Rhodesia and all of its spoils, not a British-backed multiracial government. Garrett was equally crystalline as he sang about the plight of Australia’s Aborigines in Midnight Oil’s 1987 mega-hit “Beds are Burning”: “The time has come, a fact’s a fact, it belongs to them, let’s give it back.” With the ‘it’ in question being Australia. And where does Trudeau come down?

Well, if you take Trudeau at his word: on all sides. Trudeau is not only for Indigenous reconciliation, he is for natural resource development, for the environment, and stands four-square behind the rule of law. The trouble for Trudeau at the moment is the four corners of his agenda aren’t lining up into a square. Indeed, everything is askew. The protests over the Coastal GasLink pipeline have metastasized across Canada, drawing in groups and communities at great distance from ground zero in Northern British Columbia. Coastal GasLink is now a proxy for whatever the ultras want it to be.

And while many a reasonable Liberal and Conservative will agree that responsible resource development can be squared with Canada’s climate commitments and recently-expanded Indigenous consultation regime, it’s not clear the Prime Minister has carried the argument with all of the impacted parties.

As the lawlessness spreads, it doesn’t appear to matter that regulators and 20 First Nation band councils along the Coastal GasLink route have said ‘yea’ to development, as long as a handful of Wet’suwet’en hereditary chiefs say ‘nay’. Is this pipeline dispute about the environment? Economic development? Or Indigenous governance? Or the right for Extinction Rebellion types to execute people’s arrest warrants against the democratically-elected NDP Premier of British Columbia? No one is quite sure anymore.

And that includes Trudeau.

Part of the reason everything has become a mess is because the Prime Minister has—to date—been happy to have his stakeholders believe their view is the one he really holds. But the simple truth is many of his stakeholders don’t believe you can square Trudeau’s circular pitch on energy, Indigenous rights and the economy. For them you can have one, and only at the expense of the others. And instead of using the current impasse to clarify or defend his position so that everyone can get on with their lives, Trudeau has (again) retreated to the comfort of the seminar room and its wet language, inviting more disruption and delay.

Let’s take it as read that no-one wants an armed response. Fine. But the trouble with hosting an endless series of meetings that don’t produce a drop of action is that it emboldens the protesters and infuriates those Canadians who know they would go to the pokey for doing the same. Punting doesn’t take the issue of the boil, it turns the hob knob up to 11.

You want an off ramp? Start by separating the issues out instead of lumping them together. Draw clear lines. Enforce the law while setting up whatever safe space you need to have the dialogue most Canadians thought was already hard-wired into the law. Most importantly, explain to the protesters that civil disobedience has historically resulted in consequences. Indeed, that’s the bloody point of civil disobedience: get locked up to demonstrate the horribleness of the system. Divorced of consequence civil disobedience is anarchy, tarted-up.

Going the clarity route would risk making Trudeau some enemies. The Prime Minister already has enemies, of course. And he appears to be fine with the concept of being un-liked, as long as his critics are conservative. What he appears hesitant to bring on is opprobrium from any members of his progressive coalition. And as Jody Wilson-Raybould will also tell you, this Prime Minister doesn’t like to be challenged when he thinks he’s right. Or go ahead and ask Andrew Scheer, for that matter, who wasn’t invited to a meeting on the crisis because he said something the Prime Minister disagreed with in the House which, as near as I can tell, was simply repeating what millions of Canadians are currently saying around their water coolers and dinner tables.

Which brings us back to Zimbabwe and Midnight Oil.

Ian Smith was never going to win the argument as a representative of the white minority elite. Robert Mugabe was on the right side of history, even if he then went on to write some of the most disastrous and shameful chapters in recent political history as the dictator of Zimbabwe. And while Peter Garrett went on to complete the rare move from activist to legislator, the plight of the Australian Aborigine remains much the same as it was when he was hectoring for change from the stage. Not much has been “given back”. And forget the beds, large swathes of Australia are now burning.

Trudeau’s trouble is that he knows—much like Garrett—he can’t deliver for Canada’s Indigenous people, at least not in a way the most militant activists want or in a manner that will fully right a historical wrong. Trudeau has already had five years in power and hasn’t succeeded in moving the dial, as the current pipeline impasse so clearly demonstrates. Here, Trudeau’s failure is arguably worse than any by Stephen Harper, if only because the latter didn’t promise a moon he couldn’t deliver. Hopes are being dashed.

Canada might be the most progressive country in the world, true to Trudeau’s dreams, but will the majority of Canadians ever be prepared to upend a system that works incredibly well for the vast majority of people but very poorly for some of the country’s oldest and most impoverished populations?

Trudeau’s choice is now whether he sides with the Indigenous leadership that have chosen to pursue economic opportunity through Canada’s current, if flawed, system, or whether he puts that chance at prosperity on hold in favour of a broader and much more difficult conversation that risks putting a much larger population out of joint.