Opinion: How an issue about grocery-store shelf space in one of Canada's provinces found its way into USMCA talks and, ultimately, the agreement itself 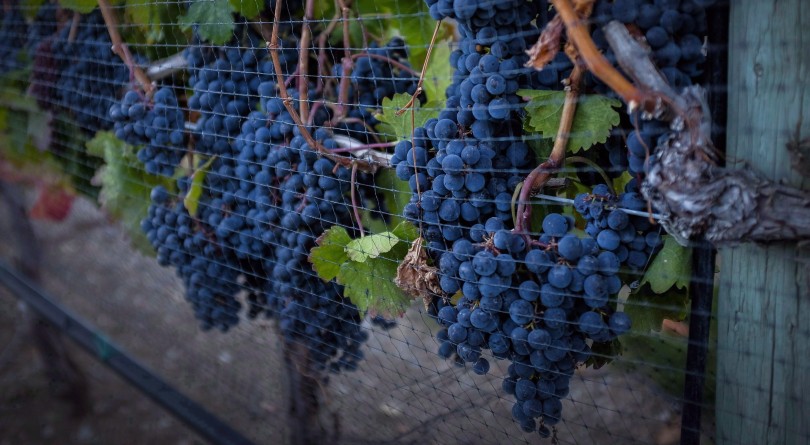 Ryan Manucha is pursuing his J.D. at Harvard Law School. He has worked in the trade policy section at the Canadian Embassy in Washington, D.C., and in the economic analysis group at the Ontario Securities Commission. He has BA in Economics from Yale University.

Late Sunday night, U.S. and Canadian negotiators announced a tentative NAFTA overhaul under the newly renamed “United States-Mexico-Canada Agreement.” There will be much discussion about the buzzier issues, from dairy to steel to Chapter 19. But the USMCA also included a blink-and-you’ll-miss-it side-letter between Canada and the U.S. that represented the end of a long saga that had been happening alongside the negotiations—and has been almost as fraught as the broader negotiations themselves—that was all about wine.

Yes, wine: specifically, British Columbia’s wine. The province’s discriminatory regulation—which exclusively reserves wine shelf space in B.C. grocery stores for solely B.C. wines, with foreign wines available to consumers in provincial liquor stores—had repeatedly drawn the ire of Donald Trump’s administration throughout the course of NAFTA renegotiations.  The regulation—which came into law in 2015 under former premier Christy Clark, and has been continued by current Premier John Horgan—is unique amongst Canadian provinces in how strongly it delineates those grocery store sales. Ontario’s regulations around the sale of wine do not discriminate on the basis of country of origin, and while Quebec maintains a mildly discriminatory policy—foreign wines may be sold inside of grocery stores so long as they were bottled in the province of Quebec—its discriminatory effect is not as substantial as that of British Columbia’s.

This was a big problem for the Americans. Canadians, after all, love their wine; between 2016 and 2017 alone, sales of wine in Canada grew 2 per cent to 505 million litres. This equated to a market value of $7.2 billion—a sizeable market that, unsurprisingly, U.S. wine producers wanted complete access to, including B.C.’s grocery-store shelves. In the weeks leading up to the announcement of a re-negotiated text, American wine industry groups had vocally supported the successful conclusion of a new trade agreement with Canada. Michael Kaiser, vice-president of Washington-D.C. based lobby group WineAmerica, provided that “if NAFTA no longer exist[ed] we could see half a billion dollars thrown out the window.” Last year, Canada imported $491 million worth of wine from the United States. Though the U.S. wine industry had sought the continuance of free trade with Canada, these same industry groups have long had woes with a host of restrictive Canadian wine import barriers.

READ MORE: From the bitter fight to the last-minute recovery, here’s the story of how NAFTA was saved

So while America’s concern with this B.C. policy predates negotiations—in a recent piece for The Globe and Mail, former international trade minister Pat Carney wrote that then-president Ronald Reagan saw Californian wineries’ access to Canada’s market as a key issue, something Canada was quick to concede because of B.C.’s wineries’ nascent status at the time—the U.S. negotiation team zeroed in on the policy as a means of gaining rhetorical leverage over Canada in the broader negotiations over a new trade agreement. The team specifically identified the B.C. wine regime as a substantial irritant in its annual report on foreign trade barriers published in March.

Earlier this summer, United States Trade Representative Robert Lighthizer even escalated America’s complaint against the B.C. regulations at the World Trade Organization. In 2017, the U.S. requested consultations on that issue with Canada, and when they were unable to reconcile, the WTO established a panel to hear the dispute in July 2018. The leading—and persuasive—argument of the United States before the WTO was that this policy violated Canada’s “national treatment” obligations under the General Agreement on Tariffs and Trade (GATT). Under the GATT, Canada is not allowed to treat a Canadian product more favourably than a U.S. product when the two products are “like,” or similar, and looking to WTO jurisprudence, there was little doubt that a red wine from California’s Napa Valley would be deemed “like” a red wine from B.C.’s Okanagan region. The fact that B.C. grocery stores were only allowed to carry B.C. wine is very much a form of discrimination the WTO would have quickly identified; even outside the context of a NAFTA re-negotiation, Canada would have lost at the WTO, and America could have then applied to impose retaliatory tariffs on all of Canada until British Columbia reformed its law.

So buried among all the other issues in the USMCA is a side letter. In it, Lighthizer asserts an understanding with Canada’s Foreign Affairs Minister Chrystia Freeland that “Canada shall ensure that B.C. modifies” the measure which only allows for B.C. wines to be sold on B.C. grocery store shelves. Under the terms of the side-letter, B.C. will modify its measure—British Columbians will be able to buy foreign wines from their grocery store—and the U.S. will drop its complaint to the World Trade Organization.

It’s not all bad for Canadians, though. Though B.C. wineries will now face competition at the grocery store, B.C. consumers of wine will have a broader choice when making their selection of fermented grapes when shopping at a grocery store. And Canadian wineries outside of the province have gained access to shelving space that even they could not lay claim to under B.C.’s policy. Importantly, Canada no longer needs to go through a thorny and fraught fight at the WTO on the matter of British Columbia’s grocery-store wine edict.

Trade policy is a perpetual balancing act of fairly allowing for foreign market access while simultaneously considering and attending to the domestic consequences of free trade. But British Columbia’s overtly discriminatory policy against foreign wine was particularly egregious—and its elimination is by and large a good-news note not only for Americans, but Canadians as well.