Yes, a MAGA hat is a symbol of hate

Andray Domise: A person openly signals kinship with Donald Trump when they put on that garish red hat in public—Trump, who once referred to African nations as 'shithole countries' 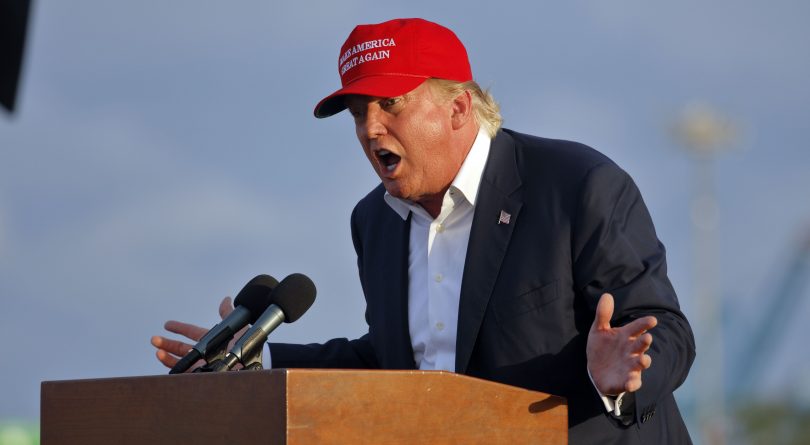 A few years ago, a very close friend of mine was hailing a cab off Spadina street, in downtown Toronto. He, a tall and broad-shouldered Black man, was on his way to a social event with an acquaintance, a blonde white woman. They were both well-dressed for nightlife, which is a normal sight for that neighbourhood on a Friday evening. What was not normal, however, was the gaunt white man approaching them wearing Doc Martens boots, a bomber jacket, and a clean-shaved scalp. My friend registered danger just before the skinhead opened his mouth twice, first to shout “Don’t trust that nigger” at the blonde woman, and again to spit in my friend’s face.

Being a dark-skinned man whose personal experience with hate crime stretches back to his childhood (when he was introduced to that ugly word right after being shot in the head by a white teen armed with a pellet gun), my friend didn’t need to have a conversation to assess the character of the man before the assault happened. He knew right away he’d just encountered a skinhead, a self-ordained social enforcer who believes the human species can be ordered by a racial hierarchy—one which places Black people like us below the cutoff.

If the man hadn’t given the game away with the racial slur, it would be ridiculous to try and convince my friend that was, perhaps, not a hate crime. When a person wearing the visual markers of a neo-Nazi passes every other human being on a busy street without incident, but singles out a Black man and a white woman for violence, there aren’t many questions to be asked.

And yet, supposedly sensible people and media outlets are willing to debase themselves by proposing that the Make America Great Again hat, that bright red beacon of racialized aggrievement, is somehow not a hate symbol. The perennial conversation bubbled to the surface again this week after an altercation between members of the Omaha nation (led by longtime activist Nathan Phillips), and a mob of students from now-infamous Covington Catholic high school.

In a nearly two-hour video shot at the Lincoln Memorial, students wearing MAGA hats shouted at the elders, danced mockingly, and pantomimed tomahawk chops. One of them, Nick Sandmann, made his way to the front of the crowd to stand almost nose-to-nose with Phillips and smirk in his face as the elder drummed and sang the American Indian Movement (A.I.M.) song.

By now, nonwhite groups are all too familiar with hate groups and what they’re about. The similarity in their tactics is not an accident. Hate groups typically construct an extremist kinship through shared values, language, and an aesthetic that serves a twofold purpose: to visually signal themselves to allies, and to let their enemies know they intend harm. The skinhead aesthetic—black boots, weathered denim, suspenders, and shaved heads—is one of these. Proud Boys—khakis, beards, and Fred Perry polo shirts—are another.

These aren’t political organizations that happen to attract the occasional radical, or unpolished community groups that happen to have a large platform. There is no driving sociopolitical force behind these movements outside of white nationalist ideology, which is why they’re designated hate groups. And they understand this, which is why they’ve spent so much time lately cultivating an everyman aesthetic. Even David Duke famously tried to rebrand the Klan with a kinder, gentler image before leaving in frustration that the message wasn’t catching on. His movement had long passed beyond plausible deniability of their motives.

RELATED: Is racism different in Canada?

We know this, yet when people quite logically connect the people who wear MAGA hats with the white supremacist ideology of Donald Trump, this is considered painting with too broad a brush. The same Donald Trump who egged on violence against Black protesters at his rallies, stereotyped Mexicans as rapists, referred to African and African-descended nations as “shithole countries,” referred to Senator Elizabeth Warren as “Pocahontas,” and for years has rattled off a near-endless litany of ad-libbed comments that place him squarely in the white nationalist camp – that is the Donald Trump with which a person openly signals kinship when they put on that garish red hat in public.

So when a restaurant manager refuses to serve a MAGA hat-wearing patron, or Omaha elders confront a crowd of MAGA hat-wearing students to try and diffuse an escalating conflict before it gets out of control, they’re not making assumptions out of whole cloth. Neither is Alyssa Milano, who tweeted “The red MAGA hat is the new white hood.” They’re justifiably responding the way that my friend responded to that skinhead, moments before that skinhead spat in his face, and the way decent people should be expected to respond to those who publicly align themselves with hate movements. If the people who wear the hat feel unfairly maligned, that’s just plain unfortunate for them. Maybe they should examine their politics, and their own hearts.

In other words: if the hood fits, wear it.