Philippe J. Fournier: New numbers confirm the UCP is bleeding support and the NDP is on the rise. The latest projection shows an election would be too close to call. 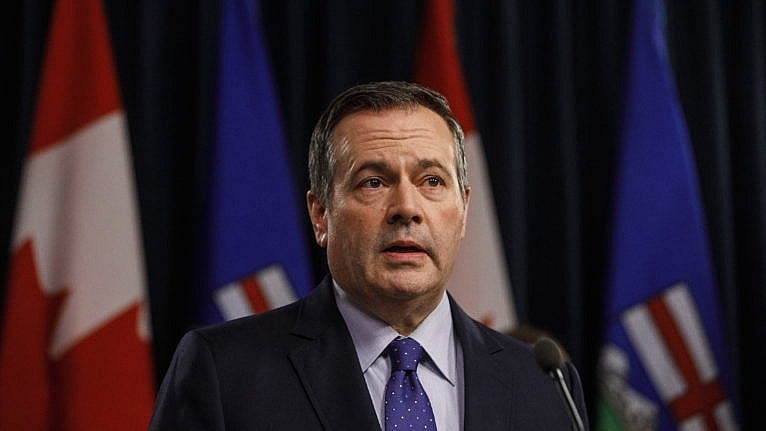 Since the Wildrose and PC merger back in 2017, the Alberta NDP didn’t lead in any voting intention polls in the province until late fall of 2020. While several polls throughout 2020 clearly indicated that many Albertans were less than enthused with Jason Kenney’s handling of the pandemic, the United Conservative Party (UCP) was still consistently polling either in first place or tied with the NDP, until a poll from Research Co. measured the NDP with a narrow 3-point lead in December. Eyebrows were raised, but surely the new year would bring a return to normal?

In January, Mainstreet Research released its own numbers in the Western Standard which gave the NDP a stunning 17-point lead over the UCP, and a renewed Wildrose Party (now a pro-independence party), rising on the UCP’s right flank. However, it was argued that Mainstreet’s poll had coincided with the several media stories of UCP MLAs and staff who had travelled to sunny destinations during the Holiday break. Perhaps those numbers only reflected a knee-jerk, temporary anti-UCP sentiment that would subside in the following weeks?

Lo and behold: Two additional Alberta polls were released this week from the Angus Reid Institute and Léger, and, although both polls showed radically different numbers, they both confirm the UCP has been bleeding support since the end of 2020:

First: The Angus Reid Institute (ARI) measured the NDP at 41 per cent province-wide, three points ahead of the UCP. Considering the size of the poll’s sample, this result should be read as a statistical tie between the two parties. Nonetheless, it is worth noting that this represents a 7-point swing in favour of the NDP compared to ARI’s previous Alberta poll in November. The poll’s regional subsamples indicates the NDP is leading in both Calgary and Edmonton, but trailing the UCP in the regions of Alberta. Of note: ARI measures a significant gender gap (which we have observed in previous Alberta polls): Among male voters, the UCP leads 42 to 36 per cent; among women voters, the NDP holds a 12-point lead (46 to 34 per cent).

Second: Léger, one of the top-rated pollsters in the country, released a real head-scratcher for Postmedia this weekend. According to this new poll, the NDP pulls ahead with 51 per cent of voting intentions in the province, a crushing 21-point margin over the UCP among decided and leaning voters. The NDP leads by 40 points in Edmonton, 16 points in Calgary, and, more shockingly, 9 points in the regions of Alberta. Rachel Notley’s NDP is also in first among all age groups—including a 32-point lead among the 18 to 34 year-old demographic. The poll shows no significant gender gap however: the NDP is ahead by 19 points with men and by 23 points among women.

What to make of these diverging numbers? Canadian pollsters as a general rule have had a rough time in recent Alberta elections. In the 2019 provincial Alberta election, Léger underestimated the UCP by five points, and Angus Reid overestimated the NDP by 6 points. Months later in the federal election, although polling firms scored generally well in their national numbers, polls underestimated the federal Conservatives in Alberta by an average of 10 points. Naturally, two occurrences don’t make a rule, but it does at least make us wary that polls may once again be underestimating the right-wing vote in the province.

We add these newest polls in the 338Canada Alberta model and present today this updated Alberta projection. A word of warning before going further however: Readers will notice a high degree of uncertainty in these projections. These large confidence intervals are not a bug, but a feature, caused by the significant spread in the latest polls. When data is uncertain, projections are bound to be uncertain as well.

If an election were held in Alberta this week, the NDP and UCP would be projected in a dead heat that could be decided by no more than a handful of districts. The NDP wins an average of 45 seats, including near-sweeps of Edmonton and Calgary. As for the UCP, although it is projected ahead in 45 electoral districts, the fact that it is favoured in all eight “toss up” districts brings the party’s average to 42 seats. The threshold for a majority at the Legislative Assembly of Alberta is 44 seats:

As you may notice on the graph below, both probability density curves overlap almost perfectly. The seat projection confidence intervals range roughly from the mid-30s to the mid-50s for both parties:

The NDP wins 55 per cent of all 100,000 simulations performed by the 338Canada model, odds barely better than a coin flip. In a hypothetical scenario where numbers such as these are the last ones available before voting day, there would be no clear-cut favourite. The projection would simply be too close to call:

Naturally, more polling would be necessary to have a clearer picture of the landscape as the UCP is nearing the mid-point of its mandate. Despite these poor results for the UCP, there are nevertheless some silver linings for Jason Kenney in these numbers.

First, poll after poll in the past six months, Kenney has been among the most poorly rated premier in Canada on his handling of the pandemic (Angus Reid’s had his approval rating at 39 per cent, and Léger at 40 per cent), yet his party is still projected in a dead heat with the NDP. The election is still two years away, so there is, theoretically, plenty of time for the UCP to rebound.

Second, the UCP still enjoys a mathematical seat advantage over the NDP. The projection shows the UCP could potentially lose the popular vote in a general election by as much 3 or 4 points behind the NDP, and still win the most seats. The fact that the NDP runs up the score with urban voters skews the projection in favour of the UCP—in ways similar to the federal Conservatives running up the score in Alberta and Saskatchewan in 2019, only to come up well short in the seat count despite winning the popular vote over the federal Liberals.

Additionally, the Léger poll also measured a high level of undecided and discreet voters (27 per cent). Could conservative voters in Alberta currently unsatisfied with the UCP and Jason Kenney decide to “park” their theoretical vote with undecideds, but still come back into the UCP fold come next election? It certainly is a plausible hypothesis.

Still, this should be a major warning sign to the UCP. Complacency was among the many factors that sank the Progressive Conservatives in the 2015 election, which resulted with a near-perfect split of the right-of-centre vote between the PC and former Wildrose, and allowing the NDP to sneak through both of them. Disgruntled voters tend to vote in lesser droves than motivated ones, and clearly the NDP base appears motivated to regain power in Edmonton in two years—something no political party in Alberta has ever done.

For details on this Alberta projection, visit the 338Canada Alberta page. Find your home riding in this list or use the regional links below: