338Canada, Alberta edition: The UCP is comfortably ahead

Philippe J. Fournier: While Jason Kenney's party has shed some support in the past year, it's still sitting safely in majority territory 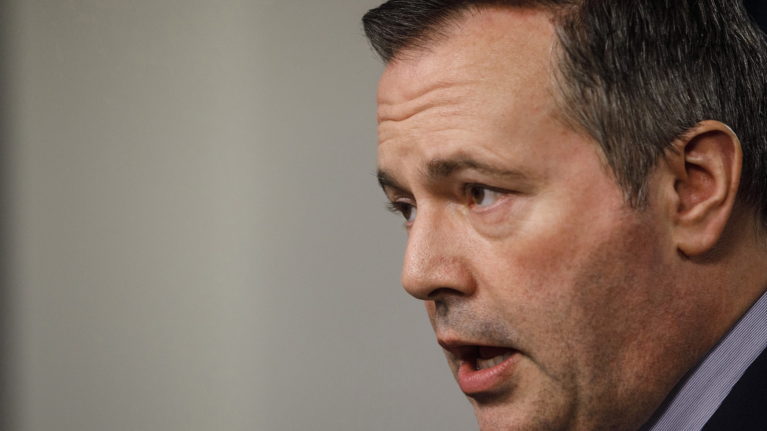 Kenney updates media on measures taken to help with COVID-19, in Edmonton on March 20, 2020 (Jason Franson/CP)

New Alberta polls were published in the past week and appear to converge towards the conclusion that Jason’s Kenney UCP remains on solid ground among his base of Albertan voters. Here is a short recap of the latest figures:

Using this fresh data, we ran the 338Canada Alberta model and calculate these popular vote projections:

Although it appears Jason Kenney’s UCP has shed some support since last year’s general election (when it won 55 per cent of the total vote), it remains safely in the lead with an average of 45 per cent support. Rachel Notley’s NDP holds its own with 36 per cent province-wide, but this support remains highly concentrated in Edmonton (as we will see below). The Alberta Party averages just under 10 per cent in voting intentions.

There remain questions around how to interpret the several and sometimes contradicting data surrounding the Alberta independence movement. There have been reports in the spring of a new Alberta separatist party emerging as the Wildrose Independence Party of Alberta (WIPA), an alliance between Wexit Alberta and the Freedom Conservative Party (FCP). For the practical purposes of the 338Canada model, Alberta separatist support will be included within the FCP banner for the time being (we also keep track of the AIP, which polled at 8 per cent according to Angus Reid, but did not register in other polls). Naturally, we will adjust the numbers and banners when it becomes official.

With such a lead in voting intentions, the UCP remains comfortably in majority territory with an average total of 53 seats according the model’s simulations:

The UCP is projected favoured in a majority of seats in Calgary and southern Alberta (see interactive map here).

As stated above, NDP support is highly concentrated in the Alberta capital. In fact, the current projection map makes Edmonton look like an orange enclave in a see of blue districts:

The 338Canada model performed 50,000 general election simulations using recent polls, past election results and demographic data of Albertan voters. The UCP won the most seats in almost 95 per cent of simulations (19 out of 20), suggesting the UCP would remain the hands-down favourite to win a general election with these numbers:

One year into this new UCP government, Jason Kenney remains popular among his solid base of voters. While recent polling on the satisfaction levels of premiers in Canada by the Angus Reid Institute showed Kenney had not gained any new support during the COVID-19 pandemic—as opposed to virtually every other premier in Canada—there remains the fact that 50 per cent of Albertan surveyed for the poll said they were satisfied with Jason Kenney. In a multiparty system, this is ample support to govern with.

Evidently, although Kenney may not have gained support with his handling of the pandemic, he apparently did not need to as much as several other premiers (Doug Ford, for instance).

You can visit the 338Canada Alberta page to see all top-line numbers and district projections. For details on 338’s methodology, visit this page.