The head of the Canadian-American Business Council talks about defending NAFTA, America's 'poking Canada in the eye' and taking the long view 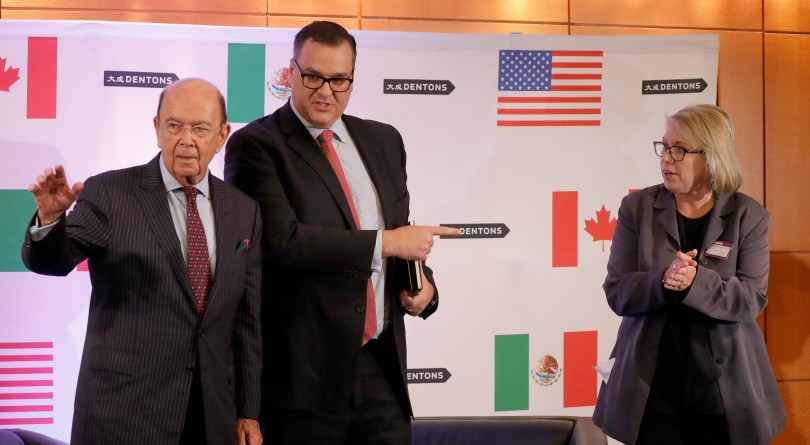 The Canadian-American Business Council (CABC) has been around for three decades, and Scotty Greenwood—now its CEO—has been involved in one role or another for 17 of those years. For most of that time, her organization has been “Canada-famous and U.S.-obscure,” she says—the typical state of affairs given the different scales of the two countries.

Greenwood and her organization are hunkered down squarely in the eye of Hurricane POTUS, as U.S. President Donald Trump hollers about NAFTA and NATO, lobs insults at any nation or world leader that crosses his field of vision and enacts punishing tariffs that threaten deeply integrated industries on both sides of the border.

Asked whether her job has become more difficult lately, Greenwood first says delicately, “I sort of compartmentalize things a little bit. So I say it’s intensely interesting now.” A little while later, though, she elaborates: “Is the job harder? Yeah. It’s way more intense, and the stakes are really high, and it’s volatile and unpredictable.” She explained this from a Vancouver hotel in late June, her voice worn to a jagged whisper by too many interviews and speeches, with another one ahead of her that evening.

CABC’s members—which range from entrepreneurs to the likes of Amazon, Boeing and General Mills—are very worried, Greenwood says, but it isn’t the constant shouting that has them on edge. “What our members are looking at is are we at a point where rhetoric turns into reality?” she says. “Threatening steel and aluminum tariffs—and threatening retaliation for those tariffs—is not good, but it’s viewed as a negotiation tactic. But we’ve now reached the point where we’re beyond the tactic and into the actual impact.”

The Washington, D.C.-based CABC says its member companies employ two million people and collectively bring in about $1.5 trillion in revenue each year. Members meet in person, in various combinations and locations, on a monthly basis to discuss common concerns, host round tables with politicians or stage conferences.

As Greenwood speaks about the surreally fraught landscape they now collectively travel, you can hear her swinging gently back and forth between frustrated anxiety and a sort of philosophical optimism that suggests breathing slowly in and out of a paper bag. She says she likes to think of the roiling current dynamic between the Canada and the United States in terms of two questions: Has it ever been this bad before? And will we ever recover?

To the first question, she points to a book her organization published last year, entitled With Faith and Goodwill, featuring speeches and photos of presidents and prime ministers together over the 150 years of Canada’s existence.

The CABC made the book deliberately warts-and-all, and it includes a briefing note on which John F. Kennedy apparently scrawled a helpful note-to-self next to John Diefenbaker’s name: “S.O.B.” At other points, Dief called JFK “a hothead,” while JFK dubbed the Canadian leader a “prick.” So, Greenwood figures: things have been nasty in the past, and we eventually patched things up. “We’ve seen tensions before, and I’m not trying to minimize the current state of relationship—it’s challenged—but we can rebound from anything,” she says. “I think it’s important to take the long view and try to get through the current climate without killing the economy.”

Greenwood long ago tired of the elephant-and-mouse analogy for U.S.-Canada relations. She instead thinks of it in terms of what she calls “binocular syndrome.” The two countries are standing on the border looking at each other through the same set of binoculars, she explains, but while Canada is peering at the U.S. through the proper end of the viewfinder, which makes everything look larger and more important, the Americans are gazing back through the wrong end, rendering Canada deceptively tiny, distant and blurry. “I think everyday Americans are not completely aware yet of the extent to which we’re really poking our next-door neighbour and best friend in the eye,” Greenwood says.

There’s no doubt NAFTA is imperiled, but for the moment, it survives, and every day it continues to do so is a win as far as Greenwood is concerned. “If the president decides to withdraw—if we don’t have an umpire calling balls and strikes—that will be very, very difficult and will hurt a lot of actual, real people on both sides of the border,” she says. “But we’re not in that place today.”

She pauses for a brief moment to consider, then adds, “I haven’t checked Twitter. Maybe we are. But I don’t think so.”