Amiel: A land for peace? Come off it.

Barbara Amiel on Israel's elections and the brilliance of Bibi 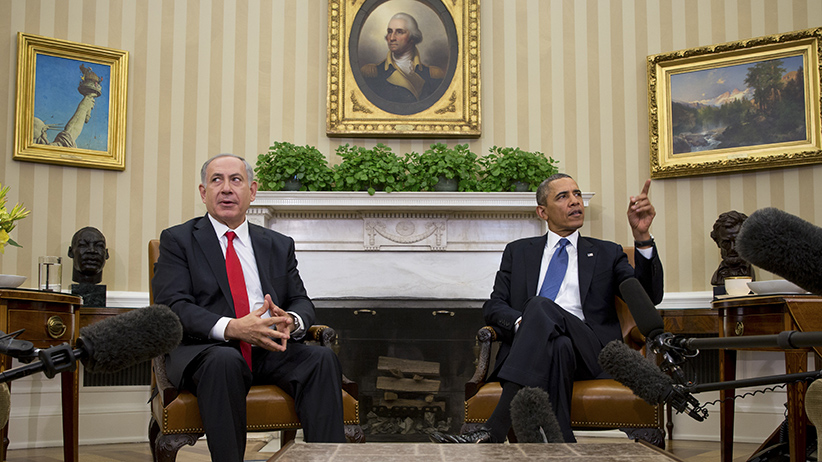 In last week’s elections, Israeli Prime Minister Benjamin (Bibi) Netanyahu won big at the expense of his allies, particularly Naftali Bennett’s religious Zionist party Bayit Yehudi. Instead of trying to steal votes from the left-wing opposition or woo undecideds with soft policies to demonstrate flexibility, Bibi made a brilliant and unexpected ruse to the right. This weakened his prospective coalition hard-liners, putting him in better shape to make a peace agreement should the Saudis and Egyptians manage to kick Palestinian Authority President Mahmoud Abbas into genuine negotiations—something a politically weak Abbas has avoided so far. Bibi’s rhetoric and campaigning convinced Israel’s fractious right-wing parties that the election was important and must not be lost. Winning in politics is everything, nothing else counts. Policy details generally come later.

The election was a total defeat for U.S. President Obama, who continues his extended public hissy fit. After all, he, Barack Obama, had given Bibi the benefit of his own extraordinary insight into the Middle East—an insight which has grown and grown ever since his wonderful Cairo speech in 2009. That speech praised the contributions of the Middle East’s version of Islam for nearly 60 minutes while conveniently overlooking such problems as the absence of free speech and religious tolerance, the persecution of gays, the mutilation and oppression of women and the culture of public floggings and beheadings. Obama did admit that Islam had some issues with “the struggle for female rights” but so, said Obama, did America. A week after the speech, when the popular uprising in Iran began against the rigged election of President Mahmoud Ahmadinejad, America offered no help.

Bibi’s statement that there would be no Palestinian state on his watch is not news to anyone who has been watching the Arab world for the past 24 years. Bibi commits himself to nothing by saying that the empty pantomime of the past decades—since the 1991 peace conference in Madrid—is over. “Land for peace” was the slogan of Madrid and then Oslo and Wye River, and it was all fake. When the Arabs had that land—the West Bank and Gaza—they gave Israel no peace, only the 1967 war, which is how they lost the land. When Israel gave the Sinai Peninsula back to Egypt, they got a cold peace. When Israel gave back Gaza to the Palestinians, they got a terrorist Gaza heaving thousands of rockets at them. Land for peace? Come off it. Peace can only be made when both sides want it. In fact, the Palestinians have been refusing a state since 1948, when the UN gave them one. What has stopped the creation of a Palestinian state every time is the Arab refusal to recognize Israel as a Jewish state—either specifically or by demanding the right of return that would eliminate Israel demographically. Netanyahu will not play that game anymore and nor should any Israeli or Western leader.

By now, Netanyahu should have known that you never put your inner thoughts online. Most political leaders rally troops on election day by inflaming worries about opposition turnout—busing in Hispanic and evangelical and working-class white voters etc.—and I can’t see anything wrong in Bibi posting on Facebook that “the Arabs are voting in droves” but let’s get real here. Barack Obama’s crocodile tears over this “divisive rhetoric” is something coming from a U.S. President whose words have inflamed race relations in America like no other modern president. Obama’s rhetoric about the rich has revitalized the class divide. And, btw, where else in the Middle East can you say “the Jews are voting in droves”? The Arabs have 13 seats in the Knesset, they are the third-largest party out of 10 in the Parliament. The Israeli Supreme Court has an Arab member (Salim Joubran, who upheld the ruling against Likud for racist advertisements in 2013 elections, sat in judgment of a former Israeli president and is the chairman of the 2015 election committee). There are prominent Arabs in every aspect of Israeli life and while they are still not treated fairly and equally in municipal services and housing, that is improving. In Israel, Arabs can and do serve in the Israeli Defense Forces.

The United States is run by a President who is either naive, egomaniacal or evil. He appears to believe that “reaching out” to Iran—which, if successful, will speed up Iran’s possession of nuclear weapons—will be his great legacy. A more likely scenario has Bibi playing a blinder: Israel will ignore Washington and plan massive bombing of Iran’s nuclear facilities; Egypt and Saudi Arabia will tell Iran this has their tacit support—the Saudis are reported to have already given Israeli planes refuelling rights—unless Iran stops its nuclear program. Egypt and Syria will tell Abbas to stop playing footsie with terrorists and get serious about peace negotiations. Iran understands that in return for stopping nuclear buildup, they will get some credit for an Israeli-Palestinian peace settlement. It’s convoluted and mad but it’s the souk, the Middle East, where nothing is as it seems.

Meanwhile, the West should understand—when dealing with leaders who are moored in the Middle Ages and have nothing in common with the 21st century except some military technology—that we cannot hope for civilized solutions. Primitive, barbaric, tribal hatreds are not the only spirits in that region, and within Middle Eastern societies are intelligent, decent and civilized Muslims—but the leitmotif that wags the tail of this dog belongs to the 12th century. The Jewish state’s dream of curing infant mortality and working alongside Arabs to turn the desert green won’t work with ISIS, Hezbollah or Hamas. The West has lost all strength except military strength, which only goes to show that sophisticated weapons without the backing of strong values are very limited if not useless.

Last week, the UN’s Commission on the Status of Women named Israel as the No. 1 violator of women’s rights among its 193 members. Not Sudan, where the legal age for female marriage is 10 with no minimal age for “consensual sex.” Not Iran, where female “adultery” is punishable by stoning and so on. Western funds maintain the UN. We ought to leave it and build a new alliance based on democratic values. You can’t have plenary sessions, co-exist or negotiate with barbarians; you can only totally isolate or destroy them at tremendous cost. Benjamin Netanyahu knows that and deserves support rather than reflexive carping from the cheap seats.