Doug Ford before his party confirmed a candidate hired actors: 'We don’t need to pay anyone. When we have events, we’re packed. We have standing room only.' 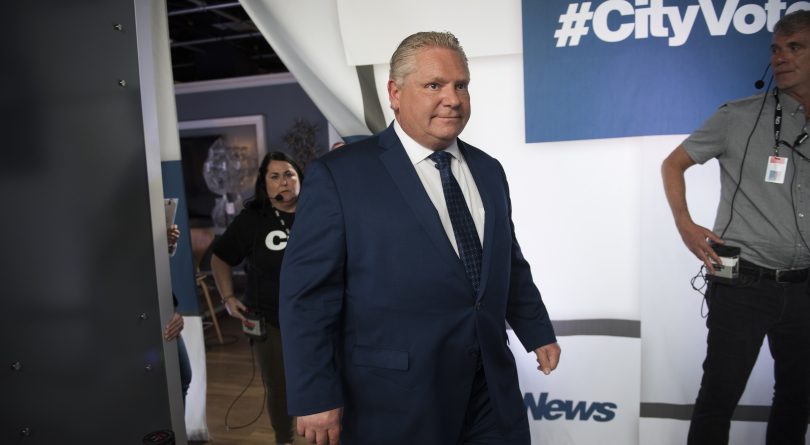 Doug Ford, leader of the Progressive Conservative Party of Ontario enters a scrum after the CityNews first televised debate ahead of this year's Ontario provincial election held at City studios on May 7, 2018 in Toronto. (Marta Iwanek for Maclean's)

Actors were brought in to pose as Doug Ford supporters at a leaders debate held at CityNews on Monday, the Ontario PC Party has confirmed.

“Doug Ford has attracted record crowds since entering the race for PC leader,” spokeswoman Melissa Lantsman said in a statement. “This has become even stronger since winning the leadership. A local candidate made a decision to engage a casting agency. This was unnecessary and a mistake. It will not happen again.” 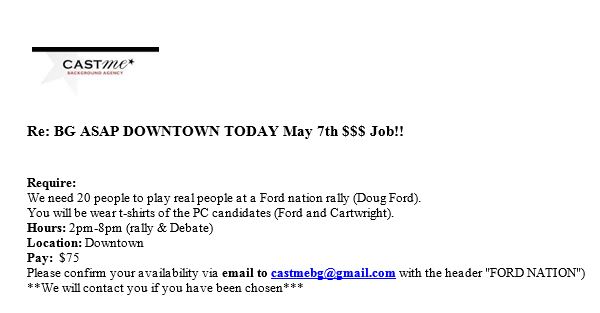 The Castme background agency solicited people to stand outside the downtown studio to make it seem as if the PC leader had more admirers than he actually did. The job posting mentioned Toronto Centre candidate Meredith Cartwright.

While speaking to reporters earlier on Tuesday, Ford said he didn’t know anything about people being hired and didn’t think his team needed to boost the size of the crowd.

“That’s the first I’ve heard of that,” he said. “We don’t need to pay anyone. When we have events, we’re packed. We have standing room only.”

He said he would be talking to Cartwright.

“I assure you I’ll be calling Meredith and ask what’s going on.”

The #CityVote debate Monday night was the first time all three main party leaders, including Liberal Premier Kathleen Wynne and NDP Leader Andrea Horwath, squared off in a televised debate ahead of next month’s provincial election. 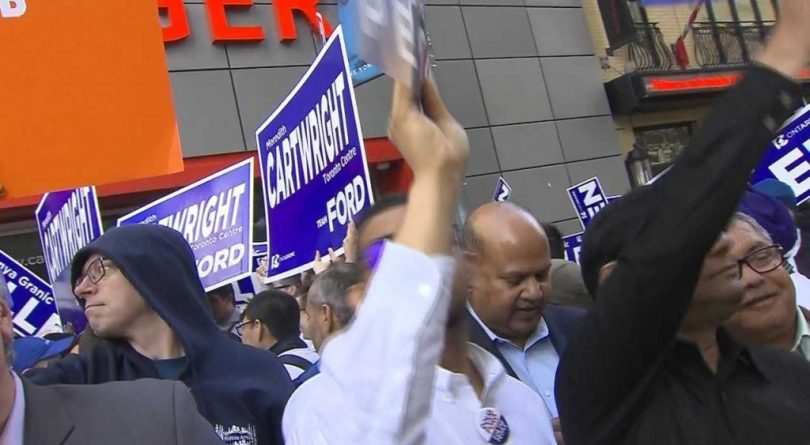