Data compiled for Maclean's by 338Canada.com suggests the UCP could win 58 seats despite the NDP picking up support in the last two weeks 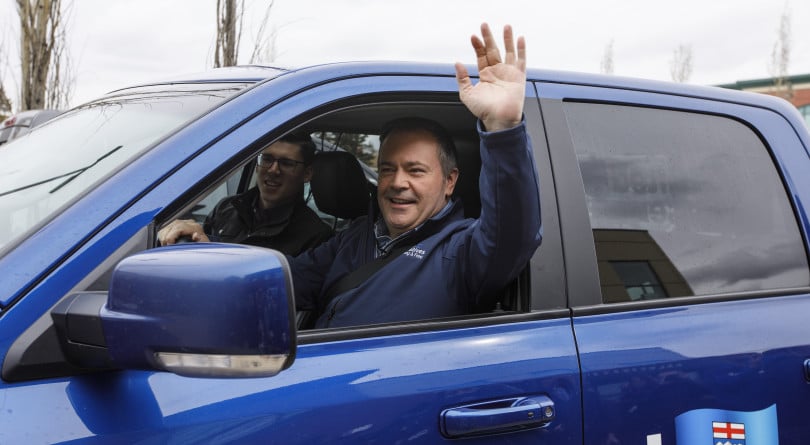 Kenney arrives at a rally before the election, in Sherwood Park, Alta., on Monday, April 15, 2019. (THE CANADIAN PRESS/Jason Franson)

Support for Rachel Notley’s NDP going into tomorrow’s Alberta election has increased by nearly seven points since mid-March, but the UCP remains headed toward forming a majority government, according to a new vote projection from 338Canada.com, which takes into account available polling data since the start of the campaign.

Jason Kenney’s UCP has lead every projection since polling began, and the allegations of electoral fraud surrounding his party have done little to derail the intentions of Alberta voters. Over the past two weeks, as the following graph from 338 shows, the gap has narrowed slightly, but it still won’t be enough for Notley’s government to be re-elected. 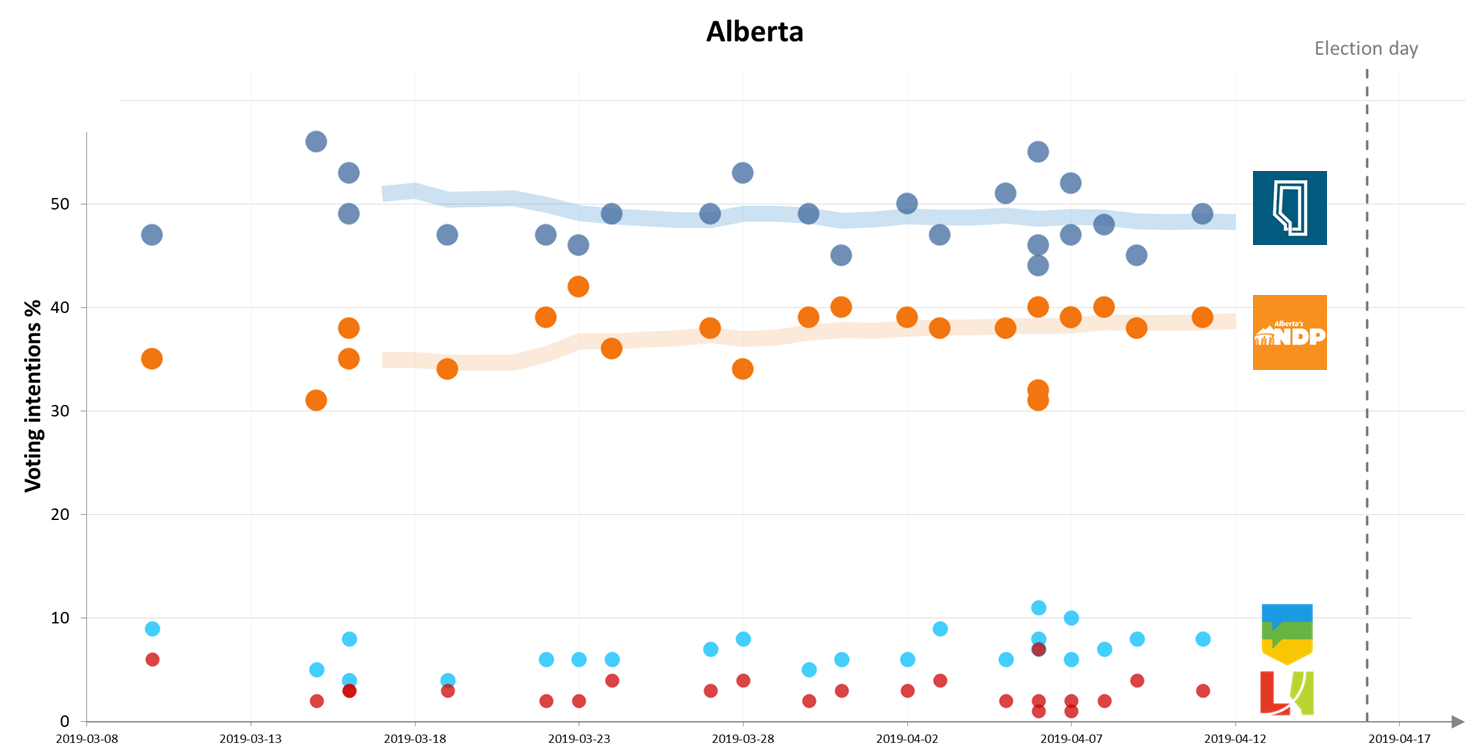 Recently, a poll from the Angus Reid Institute suggested that Notley’s NDP had 55 per cent support in Edmonton (another pollster had them as low as 47 per cent), a city they are desperately hoping to sweep, much like the party did in its 2015 victory.

In other parts of the province, the NDP is failing to consolidate support. In Calgary, the party trails the UCP by nearly seven points; the party is competitive in a few ridings, but it is not projected to be leading those races. The NDP will likely win most seats in Edmonton, but the party is not projected to win crucial pockets in smaller cities like Lethbridge and Red Deer, according to 338’s projection. On average, the NDP trails by more than 25 points throughout the rest of Alberta.

The UCP leads in seat projection by a wide margin, with a projected average of 58 seats to the NDP’s 28. A majority is 44 or more. “With such levels of support, the UCP wins the most seats in 92.1 per cent of all 250,000 general election simulations performed by the 338 electoral model,” writes Philippe J. Fournier, the author of 338’s projection. Fournier is also the creator Qc125.com, a regular contributor to L’actualité magazine and a professor of physics and astrophysics at Cégep de Saint-Laurent in Montréal.

“The data collected and made available about Albertan voters this spring is abundantly clear,” states Fournier. “Jason Kenney will most likely become the 18th premier of Alberta.” And the odds of a majority government are “overwhelming.”

But, like anything, there’s always a chance something miraculous could happen. “Does Rachel Notley have a path to victory?” Fournier asks. “The answer to that question is simple: Yes, she does, but the data would have to be wrong.”