Donald Trump or Hillary Clinton? A quiz for undecided voters

Let’s make the choice easier for those still on the fence regarding the U.S. election 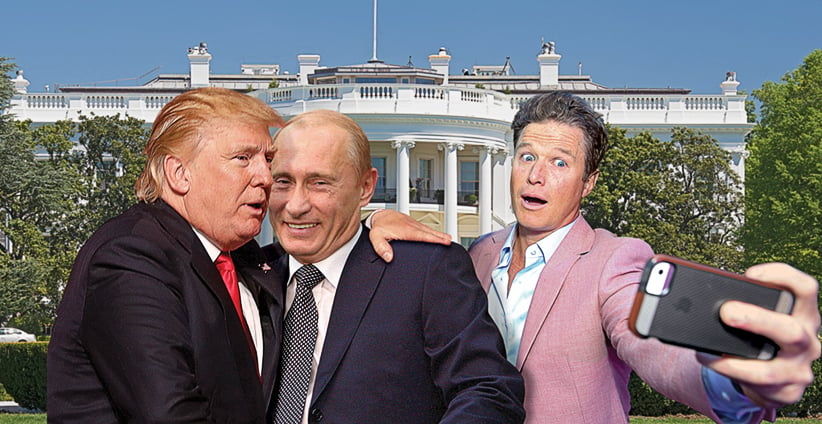 The second presidential debate revealed a startling truth: Somehow, against all odds, there are some American voters who remain undecided. How is this possible? Also: HOW IS THIS POSSIBLE??

Among the non-committed voters at the debate: a Muslim woman. How could she be undecided? What is the thought process? Sure, Trump would expose me and other Muslims to intolerance, “extreme vetting” and outright abuse. But on the other hand I sure do like red hats.

Your Canadian friends are here to help, America. This simple quiz will guide you to a clear understanding of whether you should vote for Democrat Hillary Clinton or Republican Donald Trump.

1. What characteristics do you look for most in a leader?

a) Proven competence, decades of experience and a detailed set of policy proposals.

2. U.S. presidents have come from varied backgrounds, from Hollywood to the military. Which of the following backgrounds sounds more “presidential” to you?

3. Let’s work through a couple scenarios. It’s been a long morning at work. You’re starving. Which sounds like the better option?

a) A bruised apple.

b) Shoving your arm into the office paper shredder.

4. A terrorist attack has occurred on U.S. soil. There are casualties. The president is going on TV to address the nation. Who do you hope to see sitting behind the desk in the Oval Office?

a) An experienced politician who grasps the nuance and complexity of military retaliation.

b) A racist tangerine hair pile who keeps screaming “NUKE ’EM,” even after being told the terrorists are from New Jersey.

5. At the annual gathering of G7 nations, the U.S. president’s top priority should be:

b) bellyaching that the Italian prime minister got more speaking time.

6. I want my next president to spend the first 100 days in office:

a) focusing on job creation.

b) jailing political rivals, cozying up to Vladimir Putin and appointing Billy Bush to the new position of first wingman.

7. When a crisis call comes into White House at 3 a.m., the president should:

a) calmly assemble a team of top advisers to formulate a measured response.

b) eventually pick up the phone after finishing a tweet about Rosie O’Donnell’s arm fat.

8. Economic growth in America remains somewhat sluggish. What is the first thing the next president should do to jumpstart the economy?

a) Ensure the wealthiest Americans pay more tax to help fund an aggressive plan to invest in infrastructure, manufacturing and R&D.

b) Begin the process of creating 25 million new jobs over the next decade, three-quarters of them in the field of presidential fact checking.

9. It is crucial to me that our next president maintain a firm hold on:

a) the importance of trade policy, a fair tax system and early childhood education.

b) the genitalia of passing female strangers.

10. The most prudent course of action for the U.S. as it pertains to Aleppo is:

a) arming the rebels and using American air power to enforce a no-fly zone around the beleaguered city.

b) having him star in more hilarious movies with brothers Groucho and Harpo.