Sunny days might be ahead for Canada’s economy, but forecasters are split—and the budget’s priorities reflect a lack of consensus

Ottawa’s animal spirits should be hopping.

Finance Minister Bill Morneau’s new budget assumes economic growth of 1.9 per cent in 2017, a less than spectacular number, but not terrible either. Higher oil prices, steady demand for Canadian automobile parts, and a rush of international tourists have combined to make a memory of the lousy economy Justin Trudeau inherited in 2015. Finally, there is a hint of the Prime Minister’s “sunny ways” in the math.

But only a hint. This is Donald Trump’s world now, and it remains unclear whether he will make it a wealthier place with big tax cuts, or wreck it with border taxes. The diviners of our economic future are split on the subject, which is forcing Morneau to proceed more cautiously than he might otherwise.

Years ago, under Paul Martin, Finance stopped using its own forecasts, opting instead to base the budget on the average prediction of a group of outsiders, mostly the lead economists at the country’s biggest banks. The idea was to create a neutral baseline, protection against charges the government might cook the books. Those private forecasts tend to be within a few tenths of a percentage point of each other. The models and the numbers the economists use are mostly the same.

MORE: John Geddes on a budget that hopes Canadians look past the numbers

But there is always a certain amount of judgment in forecasting, and there is no benchmark for analyzing the Trump effect. So uncertain is the future, Finance felt obliged to state that there really isn’t a consensus about where the economy is headed. If the four most optimistic forecasters are correct, Morneau will have, on average, an additional $6 billion with which to work each year than the amount he’s actually allotted himself. But if the four most pessimistic predictions are correct, Morneau’s annual deficits will be wider by a similar amount. That’s an unusually large divergence. “We know that our plan is starting to work,” Morneau told reporters before he rose in the House of Commons. He also knows that Trump’s protectionist trade agenda could offset whatever gains might come from Trudeau’s multi-billion-dollar infrastructure program.

“We will continue to deal with global challenges as we face them,” the finance minister said. 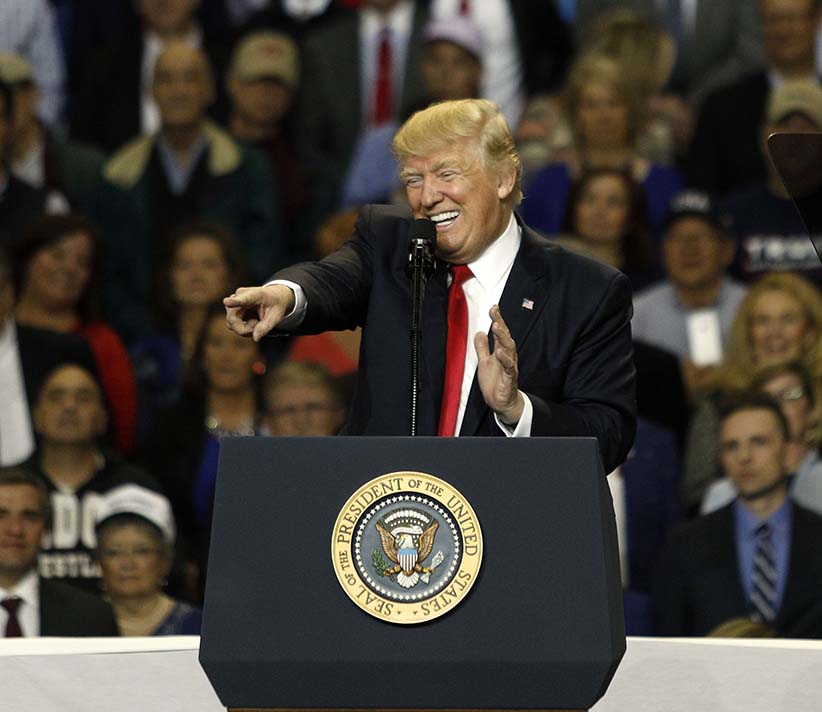 The budget’s 1.9 per cent growth estimate is slower than the Bank of Canada’s current outlook of 2.1 per cent. Organizations such as the International Monetary Fund and the World Bank generally are more optimistic than they have been in years. The U.S. unemployment rate is near a record low, the effects of Europe’s debt crisis are fading, and China’s authorities have restored confidence in their ability to avoid a debt shock of its own. The global backdrop hasn’t been this good since before the financial crisis.

But instead of taking advantage of that tailwind, Morneau opted to pause: the most significant new item in the budget is the restoration of a $3-billion cushion for unforeseen events. At the same time, he declined to make an explicit promise to make fiscal prudence a priority. The IMF, Royal Bank, and National Bank are three of the non-partisan voices that have called on the Trudeau government to put in writing its verbal commitment to contain debt at current levels. Morneau passed on the advice, showcasing his reluctance to commit to anything at this time.

MORE: How the Liberals’ 2017 budget was much like ‘Seinfeld’

The government, of course, prefers to measure prudence by how the size of the debt compares to gross domestic product. That figure currently is about 32 per cent of gross domestic product, which is roughly where it will stay for the next five years, according to the budget. “Our plan is to continue to be responsible at every step along the way,” Morneau said.

That’s probably all Morneau can reasonably do for now. He needs faster growth to achieve his goal of easing the average Canadians’ anxieties about the future. For whatever reason, the infrastructure money from last year’s budget hasn’t really shown up yet in the numbers. That should change this year. Morneau surely is counting on it. If Canada’s companies are as wary of Trump as their political leaders, there is a real danger of economic paralysis.