Assisted suicide: What will Parliament do now?

Svend Robinson: "I hope that they can rise to the challenge" 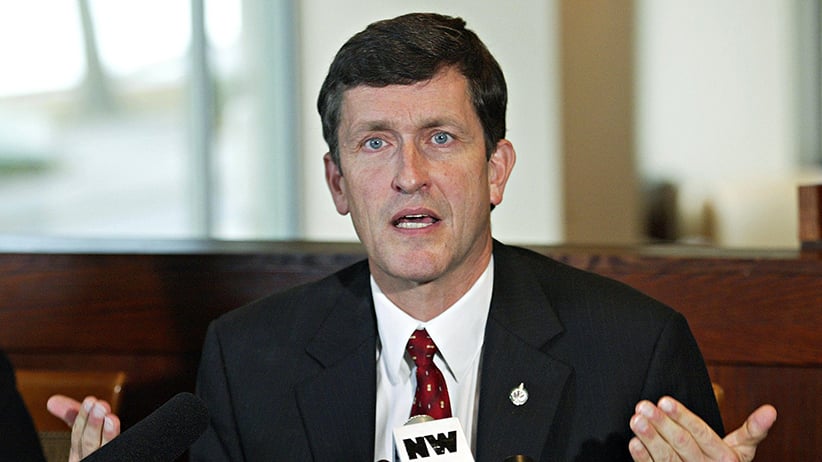 “This is a test. I really see this as a test for Parliament,” says Svend Robinson, the former NDP MP. “And I hope that they can rise to the challenge.”

Parliament has at least been practicing for this test for more than two decades.

According to the Library of Parliament’s tally, subsequent bills or motions dealing with assisted suicide were tabled in the House or Senate in 1992, 1993, 1994, 1996, 1997, 1999, 2005, 2008 and 2009. And then last year, two bills were tabled. In all, 15 initiatives have been presented, the authors including a Progressive Conservative MP, three new Democrats, a Progressive Conservative senator, a Liberal senator, a Bloc Quebecois MP and a Conservative MP. Three of those were sponsored by Svend Robinson. (A special Senate committee also studied the issue in the mid-1990s.)

“Mr. Speaker,” said Francine Lalonde, that BQ MP, in 2005, when she presented the first of her three bills, “I have come to the conclusion that the Parliament of Canada and its members cannot pussyfoot around any longer and expect the courts or government to make the necessary changes to the Criminal Code to recognize the right to die with dignity for the people of Quebec and Canada.”

Ms. Lalonde was only off by a decade. Or at least it took another decade for the Supreme Court to agree that the time for dealing with the right to die had arrived.

Lalonde’s efforts would culminate in C-384, a bill that was introduced in 2009. For now, the vote on that bill, taken in 2010, remains the House’s most recent judgement on the issue. In that case, MPs voted 228-59 to reject Lalonde’s proposal for assisted suicide. The vast majority of those voting in favour were Bloc Quebecois MPs—almost all of whom were subsequently defeated in the 2011 election—but Lalonde did win the support of two Conservatives, eight Liberals and five New Democrats.

That an issue as fraught and complicated as assisted suicide might be legislated via a private member’s bill was perhaps always problematic—private member’s bills being subject to just two hours of debate in the House. But then surely the debates that occurred as a result were justified.

“Mr. Speaker, I am very proud to speak to this bill. I would say at the outset that I think the House of Commons is the place for this debate.  I have received thousands of letters from my constituents who are deeply concerned about this issue,” NDP MP Charlie Angus told the House in 2010. “This is a discussion that is worth having because the issue of suffering, the issue of death is perhaps one of the most profound issues we can deal with as a society. It touches each of us. Each of us is brought into the final moments of death at a level of intimacy and concern we never would have felt possible.”

As an MP, Robinson championed the cause of Sue Rodriguez and was at her side when she died with the assistance of a doctor. “As you can imagine, I was thrilled with the ruling. It’s a huge victory, a historic victory, for compassion, for justice and for humanity,” he said in an interview this afternoon. “And today, you will understand, I particularly want to honour of Sue Rodriguez, who really was so instrumental in putting this issue on the national agenda over 20 years ago. She really put a human face to this issue for many people.”

The third of Robinson’s initiatives in the House was a motion proposing, “That a special committee be appointed, pursuant to Standing Order 68(4)(b), to review the provisions of the Criminal Code dealing with euthanasia and physician assisted suicide and that the committee be instructed to prepare and bring in a bill, in accordance with Standing Order 68(5).”

You can read the debate on that motion here, here and here. It was ultimately defeated by a vote of 169-65.

Seventeen years later, that motion could be the basis of a response to the Supreme Court’s ruling—the House of Commons could strike a special committee to convene hearings, study the issue and draft a bill.

“Parliament has been, to say the least, extremely reluctant to take up the issue. But I think that’s the way to move forward now,” Robinson says of what he proposed in his motion. “Now they have no choice. They have to come up with legislation that meets the test of the Supreme Court and I think this is really a test of Parliament, to see if they can set aside partisanship and work together on issue that, frankly, they’ve been way behind the public on. Not just recently, but for as long as I’ve been involved in this issue. So here’s a chance for them, finally, to show some leadership on this issue.

“Put Steven Fletcher on the committee. I think he’s been very courageous and eloquent on the issue. he speaks with personal authority. Pull together some of the best members of Parliament from each of the caucuses, put Elizabeth May on there as well, and I think we have the potential to come up with hopefully a really positive outcome, if that’s the route they take.”

Robinson says it is important Parliament reach out to the public, including, for instance, advocates for the disabled who have concerns about allowing assisted suicide—”Let’s throw this thing wide open and give Canadians a chance to be heard.”

“Overall, there’s been a lack of leadership on the issue in the House. And that’s why I think, now, more than ever, is a chance for Parliament to really show that they can take this challenge,” Robinson says. “They’ve been given a road map by the Supreme Court, I just hope that they take it up.”