The NDP increased its seat count, but voters rewarded Pallister's early election call with a second term for the PCs 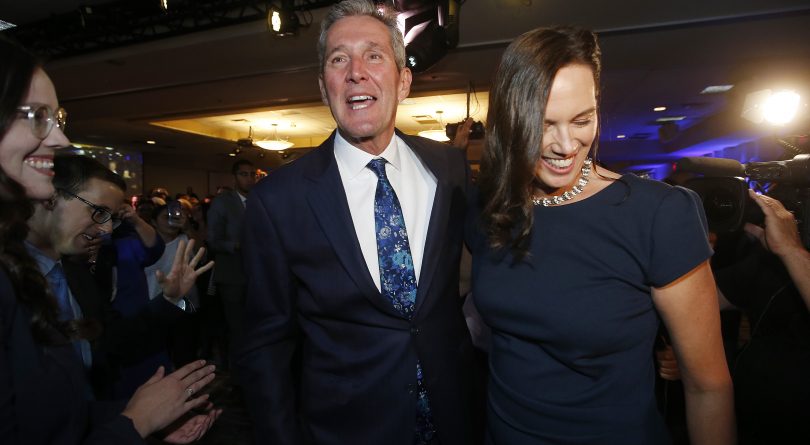 Just as it will be in the federal campaign, voting in the Manitoba election on Tuesday was both an act of faith and one of forgiveness. And of conveniently forgetting.

Brian Pallister shortened his first term as premier to less than three and a half years by calling an early election.  But he’d made sure to fill that brief mandate with a broad array of embittered relationships: the Manitoba Hydro board that resigned en masse; the Winnipeg mayor who struggled to get a meeting with him; the Métis federation that found its self-government bid stymied; the unions that have looming court dates to block a legislated wage freeze; the health professionals burned out amid a massive hospital system overhaul.

Manitobans weren’t, on the whole, particularly fond of him, giving him a 54 per cent disapproval rating, versus 40 per cent approval, a Probe Research survey found. (There’s also his rep for excessive escapes to his Costa Rica retreat.) Yet by a comfortable margin, enough voters judged Pallister and his Progressive Conservatives to be the best option, after the party steadily lowered taxes and the deficit over its past mandate, then promised to do more of  the same in its next.

Pallister returns to office with a 36-seat majority in the Prairie province’s 57-seat legislature. That’s the second-largest Tory haul in a half-century, behind only the 40 seats Pallister won last time. The NDP was set to win 18 seats, while the Liberals took three ridings.

The PCs drew a little over 47 per cent of the popular vote, compared to 31.4 for the NDP. But it was a low-turnout election, with just 55.1 per cent of eligible voters casting ballots.

The result was so predictable that when the first TV station declared a PC majority one hour after polls closed, the applause at Pallister’s victory party was as tepid and scattered as for a Bulgarian acid jazz concert in Flin Flon. It’s not that the Tories assembled weren’t happy to retain power. It’s that they had been sure for months of the result Manitobans would deliver.

“Tonight, they said they appreciated the fact we fixed the finances and we’re repairing the services,” Pallister said in his victory speech. “Manitoba is now Canada’s most improved province.”

Perhaps, but the NDP capitalized on Pallister’s unpopularity, picking up a few seats in Winnipeg the party lost in 2016— the wipeout conclusion of its 17-year run in power. Campaigning on a simple mantra to “fix health care,” New Democrats hoped to make Tuesday a significant milestone on their road back to power. But they knew that sour memories of the NDP government’s red ink, its in-fighting and its broken promise not to raise the provincial sales tax would make that a multi-election endeavour. This was no great leap forward on that journey.

For a young neophyte Opposition leader, Wab Kinew carried ample baggage—past criminal convictions, a domestic assault accusation (later stayed) and a trail of ugly tweets and offensive lyrics from his time as a rapper. The Tories peppered the airwaves with ads alluding to his troubled past. But he had devoted his life for more than a decade to moving past addiction and anger, gaining recognition as an author and broadcaster before becoming Canada’s first Indigenous provincial party leader. Expectations were Kinew’s leadership would be on the rocks without a steady showing, but he struck a positive note after these modest gains.

“The seats that we took back made it very clear that Manitobans don’t only want us to not only be the conscience of Manitoba, not only to be the opposition of Manitoba, but to be the progressive voice for Manitoba,” he said.

The Manitoba Liberals positioned themselves to the left of the not-very-left NDP, in hopes of growing from a rump party to a larger rump. The Greens failed in their latest bid for a breakthrough in a provincial legislature, which they’ve notched in Ontario, New Brunswick, British Columbia and Prince Edward Island.

READ MORE: Failsafe clichés have worked for Brian Pallister. Why not for Wab Kinew?

The choice Manitobans faced could be seen as a reflection of the one before all of Canada in the upcoming federal election: an an incumbent one-term government with a rocky record; an untested 30-something opposition leader whose opponents are keen to demonize him; an unsteady third party scraping for survival, and a Green party pushing for a spot at the adults’ table. There seemed little to inspire or excite. In Manitoba, the polls showed a large Tory lead before and throughout the writ period. Federal parties and voters must navigate a much tighter race.

Pallister, for his part, didn’t give Manitobans much time to weigh their options. His decision to call a Sept. 10 vote meant the electorate paid scant attention to what was mostly a summertime campaign—ideal for a party that wants to limit risk of its poll lead eroding. Privately, the NDP insiders admitted they wished they had an extra week or more to close the gap.

Health care and tax promises dominated the discussion. But the next government has plenty else to grapple with. The Tories pledged to attack a meth crisis that has gripped Winnipeg. Pallister has frayed relations with Indigenous communities, and problems linger in the child welfare system.

The federal Liberals and Conservatives, meanwhile, may want to heed how the carbon tax debate played out. Only the longshot Manitoba Liberals and Greens actually promised a credible levy. Pallister’s Tories vowed to continue fighting against the federally imposed tax in court, while Kinew’s NDP said it would impose a mere $20-per-tonne rate and never raise it, which is directly at odds with the Trudeau government’s policy of gradually hiking the tax to incentivize conservation.

Undaunted, the Tories exaggerated their rivals’ position to claim the NDP actually wanted a $300-per-tonne tax. The fact that not even the mainstream progressive party in the Prairies’ most progressive province was willing to campaign on an eventual $50-per-tonne carbon tax might give Trudeau’s team pause, make his Manitoba incumbents gulp, and make sincere environmentalists worry about how far removed the political discourse is from one that’s serious about tackling humanity’s greatest challenge.

This story has been updated as vote results came in