Canada doesn't have the hospital capacity it needs

Politics Insider for Jan. 10: How the U.S. health care system stacks up to Canada's; Canada is updating its approaches to China and Russia; and Quebec's liquor store vaccination policy seems to be working 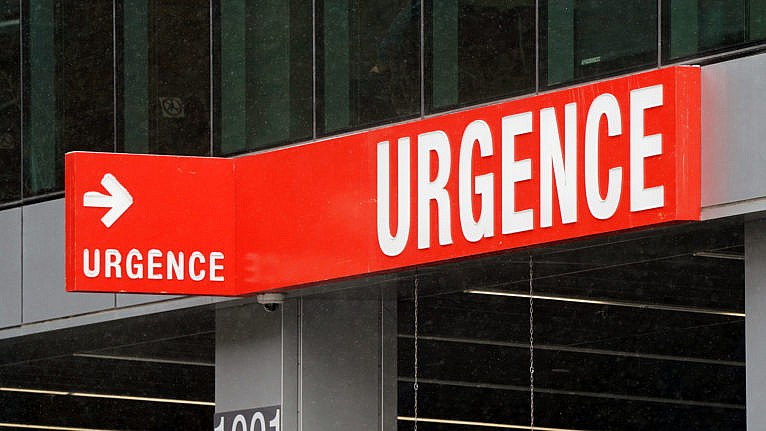 CBC’s Alexander Panetta has an interesting deep dive into the differences between health systems in Canada and the United States as both countries struggle to deal with the pandemic. We tend to think Canada’s lower ICU capacity has posed challenges, but the data shows some states are facing bigger challenges than Canadian provinces. On the whole, it’s not clear that the American system is faring better.

This pandemic has revealed different deficiencies in each country. In Canada, it’s the mostly public system with fewer hospital beds per capita than the U.S., and far fewer than some European countries, along with many fewer nurses. In the U.S., it’s the mostly private system that costs way more than Canada’s, leaves approximately 10 per cent of the population uninsured, and yields a lower life expectancy and more premature deaths.

On thing that’s clear in both countries: health workers, particularly nurses, have been pushed to the brink.

Funding shortfall: Also at CBC, Aaron Wherry has a good analysis of the policy debate to come. It seems clear we don’t have the hospital capacity we should have.

Frances Woolley, an economist at Carleton University, predicted that COVID-19 would expose the fragility of the system back in March 2020. As Woolley wrote, Canada has the second-lowest number of acute care beds per capita among nations in the Organisation for Economic Co-operation and Development (OECD) and nearly all of those beds tend to be filled. While the total number of acute care beds has declined broadly across advanced economies over the last 50 years as a result of changes in technology and care, the especially low number in Canada can be traced to “a failure of funding levels to keep up with population growth,” Woolley argued.

The best role for the federal government going forward, though, is up for debate. Some favour increased transfers, some want a greater role for private delivery and some propose an expansion of federal support for pharmacare and long-term care.

Doctor shortage: At the Vancouver Sun, Daphne Branham has another interesting column about the bureaucratic barriers that prevent internationally trained doctors from seeing patients in Canada even though we have a shortage of physicians.

Better masks: The Globe has a good story about N95 masks, which offer better protection from infection than the masks most Canadians have been wearing throughout the pandemic. Although they are better, they cost more, which may be why not all provinces are embracing them.

Too far: Robyn Urback, in the Globe, has a column arguing that it would be wrong to deny health care to unvaccinated COVID patients.

No referendum: Philippe J. Fournier, Maclean’s resident polling expert, takes a close look at a poll on regional resentment. It finds that Albertan separatism continues to poll better than Quebec separatism, which would seem to pour cold water on a theory that some have about Francois Legault’s political plans.

This data should help put to rest persistent online rumours that François Legault may secretly be preparing a third referendum on Quebec independence. Although polling has shown that Legault may be the most appreciated premier in the past decades in Quebec, his popularity and nationalist attitude has not translated into additional support for sovereignty.

Can fight: Maj.-Gen. Dany Fortin will be able to continue a legal fight to have himself reinstated as the head of Canada’s vaccine rollout task force will go ahead, CBC reports.

The government, represented by the attorney general, had sought to cut short Fortin’s appeal, arguing it was “moot” —  that the role he once held no longer exists. The Federal Court of Canada ruled in October of last year that Fortin should use the military grievance process to make his case, but his legal team appealed the ruling later that month.  Fortin’s legal team has argued that the military grievance process is the wrong venue because of how long it takes for cases to be resolved. CBC News reported last month that some military members have waited almost a decade to have the defence department process their grievances.

Fortin was removed as head of the vaccine task force in May 2021, and days later military police referred an investigation around sexual assault allegations to the Quebec prosecution service. He was formally charged in August with one count of sexual assault that relates to an alleged incident in 1988.  Fortin maintains he is innocent.

China strategy: Foreign Affairs Minister Melanie Joly told Global Sunday that she is working on a new China strategy, which will be unveiled in the weeks and months ahead: “There’s a growing influence of China in the world and every single country needs to take a decision as to what their relationship will be with China. That is why I was given the mandate to develop a strategy, which is called an Indo-Pacific strategy, because we need to see, yes, China, but also the region as a whole.”

Ukraine strategy: In an interview with CTV, Joly did not rule out the possibility of Canada sending weapons to Ukraine as Russia amasses troops threatening its neighbour: “The most important thing right now is really to work with Ukrainians to deal with their security threats. That’s what we’ll be doing.”

Arizona ally: Canada may find an ally in Arizona in its fight with the Joe Biden government over protectionist auto policies, CP reports.

Jabs for SAQ: The New York Daily News has taken note of the spike in first dose vaccinations after Quebec announced that only the vaxed will be able to shop at provincial liquor and weed stores.

Ratioed: Manitoba cabinet minister Jon Reyes has taken an online drubbing after he tweeted a picture of his wife shovelling snow, CBC reports.