Politics Insider for May 4: Doug Ford leads the pack; MPs debate lowering the voting age to 16 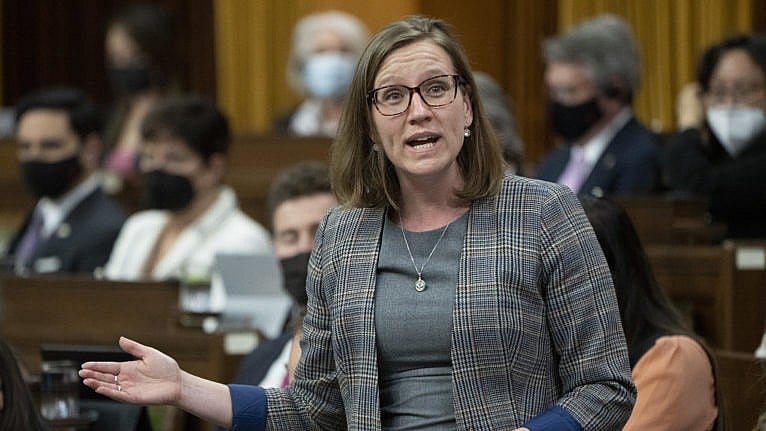 Karina Gould said Tuesday that American women will be able to obtain abortions in Canada if the United States Supreme Court overturns Roe v. Wade and states restrict access, CBC reports: “I don’t see why we would not. If they, people, come here and need access, certainly, you know, that’s a service that would be provided.”

On Monday night, Politico published a copy of a draft opinion written by U.S. Supreme Court Justice Samuel Alito, which suggests a majority of justices are prepared to overrule Roe v. Wade — the landmark decision that allowed legal abortions in the U.S.

Motion fails: A Bloc Quebecois motion to confirm the right to an abortion failed Tuesday, while Conservative MPs were warned against commenting on the U.S. Supreme Court draft opinion that has thrown the issue back into the domestic spotlight, CP reports.

Reverberations: In the Star, Susan Delacourt surveys the Trumpian influence on Canadian politics and wonders if we will see a similar dynamic happen with the abortion debate.

That’s why this momentous leak from the U.S. Supreme Court rattled all the way across the Canadian border this week, too, especially around the political streets and corridors of Ottawa. There’s just been a little too much of Trump-inspired disruption coursing through Canadian politics recently. It remains reasonable to ask how much of that is finding a home in the current Conservative party, vulnerable as it apparently is to social conservatism and leadership aspirants who are getting giddy highs from trashing Canadian institutions like, say, the Bank of Canada or government “gatekeepers.”

Battles ahead: In the Globe, Elizabeth Renzetti laments the American decision, and warns that Canadians should not be complacent.

In Canada, our access to abortion has not faced the same political pressure as in the United States. That does not mean we should take our eye off the ball. As we learned from the United States, the foes of reproductive health are ready for a long campaign, and there are politicians at the federal and provincial levels who support rolling back reproductive rights, and will try to seize opportune moments to achieve this. If the issue is important to you, grill your local candidates and party leaders about where they stand. We also need to expand access to surgical and medical abortions in Canada, because services are not provided equally across the country.

Fording ahead: Doug Ford will call a June 2 election today, and so far it looks pretty good for him, according to a Nanos poll for CTV. The poll gives Ford a seven-point lead with 36.9 per cent while the Liberals trail with 30.4, The NDP are third with 23.7 per cent.

One to watch: Global’s David Akin argues that the Ontario race ought to have important implications for federal politics.

“What’s remarkable about the Ontario election is actually the volatility that we’re seeing between what happened last time and what is likely to happen this time,” said Sean Simpson, vice-president for polling firm Ipsos.

Ford’s to lose: In the Post, Chris Selley observes that after some bumpy months early on, Doug Ford morphed during the pandemic into a leader Ontarians could relate to, and his opponents are no great shakes.

Elections are contested between flawed human beings, not platonic ideals. Neither (Steven) Del Duca, who was never a particularly impressive minister, nor (Andrea) Horwath, who has led the NDP for 13 years and could only parlay the Liberals’ epic unpopularity in 2018 into official opposition status, seem poised to grab people’s attention and run with it. By the same token, neither party seems poised to collapse sufficiently and help the other defeat the Tories in key ridings.

Younger voters: MPs will debate an NDP motion today on whether to lower Canada’s legal voting age to 16, the Globe reports.

Elections Canada’s latest reports show the Conservatives took in more than $5 million from 31,512 donors during the period in which former leader Erin O’Toole was ousted amid a major caucus revolt.

Fun race: Tom Mulcair is having a good time watching the CPC leadership race, he writes in a lively column for CTV.

Poilievre is a gleeful arsonist throwing Molotov cocktails at heaps of dry ideas and can’t be bothered waiting around to see the result. While his adversaries try to reply to his last one, he’s moved on. Say what you will about Poilievre, he’s put together a campaign team that shows that he has the eye of a good manager. They’ve instilled discipline in his messaging that has remained short and punchy. He won’t give interviews. Why would he give them that chance? He’s the frontrunner. Poilievre is riding a large white horse made of “freedom,” resentment and baloney. It’s a sight to see, but watch out for the droppings.

Jean Charest says that during the CPC race, nobody has asked him about a long-running corruption investigation, Le Journal de Montréal reports (translation).

Note to readers: There will be no Politics Insider on Thursday or Friday, as your correspondent will be in transit