Politics Insider for Mar. 17: How the war in Ukraine could impact your grocery bill; Anita Anand preps an increase in military spending; an exclusive chat with Pierre Poilievre 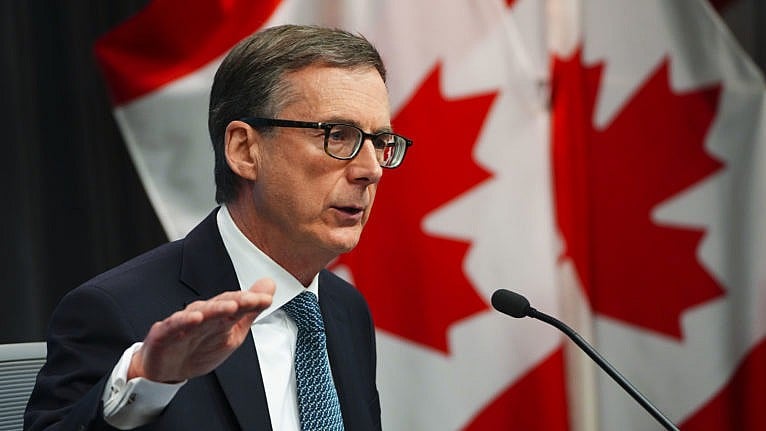 The Consumer Price Index (CPI) rose 5.7 per cent in February from a year earlier, up from 5.1 per cent in January, Statistics Canada said Wednesday. That was the highest inflation rate since August, 1991, and it marked the 11th consecutive month that inflation has surpassed the Bank of Canada’s target range of 1 per cent to 3 per cent. Households are feeling the pinch on several fronts. Shelter costs rose 6.6 per cent for the largest annual increase since 1983. Groceries rose 7.4 per cent, the most since 2009. And gas prices jumped 6.9 per cent in a single month. The average of the central bank’s core measures of inflation – which strip out volatile components and give a better sense of underlying price pressures – rose to 3.5 per cent, also the highest since 1991.

Hungrier: In the Star, Heather Scoffield observes that food prices, which have already gone up, will also be affected by the war in Ukraine.

The Russian invasion of Ukraine, which not only throws Ukrainian farming into question but also has meant the closure of key shipping routes from the region, compounds the trouble — with devastating effects for food security in developing countries writ large, and among low-income populations around the world. “The end game is, a lot of people are going to be hungrier,” says agri-food consultant Ted Bilyea, a former executive at Maple Leaf Foods Inc.

Aggressive options: Anita Anand will present military spending options to cabinet — including some that would boost Canada’s defence spending — ahead of the spring budget, CBC reports.

In his own words: The redoubtable Shannon Proudfoot, author of the recent must-read Maclean’s cover profile of Pierre Poilievre, had an interesting interview with the CPC leadership frontrunner, which is transcribed here. It offers an interesting window into his thinking.

Q. I know you’re very smart, you’re a strategic thinker, you’re well-read. I would contend that’s not the mode of politics you’ve chosen, so how did it come to be that you chose this very combative style?

A. I just dispute the premise. If you look at my approach in Question Period, I usually ask for a fact. It’s usually give me the date, give me the number, give me the yes or the no. I think that’s why the government finds it so hard to respond, they’re used to getting rhetorical questions and exchanging partisan barbs. If you look at the most popular exchanges I’ve had in the House of Commons, it’s almost always ‘On what date will the budget be balanced?’ ‘How much money have you printed, Mr. Governor of the Bank of Canada?’ They’re precise, factual questions, and those are the kinds of questions we should be asking. The reason that some people find it so devastating is because the facts are devastating. I know the Press Gallery in Ottawa has an opinion about me, but if you look at the speeches and interventions in the House that I have made that have garnered millions of views, they are 10-minute dissertations on monetary policy, they are historical speeches, they are insights into governance and deep public policy questions.

A fighter: In the Globe, Andrew Coyne contemplates Poilievre’s style, which he finds nasty, and reasons that there is a method to his madness. His supporters want a fighter.

What those voters want is someone who will fight – well, I was going to say, fight for them, but it’s mostly fight against the people they despise, the people who they assume despise them: liberals, elites, academics, bureaucrats, the media of course, all the people who think they’re better than them, and need to be taken down a peg or two. Or at least given a poke. So Mr. Poilievre doesn’t look very prime ministerial? They don’t want him to look prime ministerial, or any other bow to conventional standards or expectations of how politicians should behave. These are the very sorts of badges of elite approval they detest.

More Trudeau? Lawrence Martin, writing in the Globe, posits that Justin Trudeau might decide to stick around for another election if Poilievre wins the CPC leadership.

Should convoy Conservative Mr. Poilievre win the prize, the chances of a Trudeau retirement shrink. The thought of the Tory finance critic taking over the country would be anathema to this Prime Minister, who would envisage his policy legacy being shredded. Mr. Trudeau would see his chances of beating a candidate from the party’s small-tent, right-side phalanx as much better than taking down Mr. Charest. Mr. Poilievre is next to nowhere in Quebec.

No more tests: Jean-Yves Duclos, Omar Alghabra and Randy Boissonnault will announce today that most travellers will not have to show proof of a negative COVID-19 test to enter Canada, CTV News reports. Passengers may still be subjected to random PCR testing at the airport.

Enter Jean: Brian Jean was quick to throw down the gauntlet to Jason Kenney after his decisive byelection victory. In an interview with Don Braid of the Calgary Herald, Jean said he wants to be admitted to the UCP caucus to work to oust the premier: “Unlike most politicians I won’t stab people in the back. I’m right in front of you. I’m going to tell you what’s best for the team.”

Staying out of it: In the Toronto Sun, Lorrie Goldstein writes that Ford “has decided his best chance of re-election in June is to cozy up to Prime Minister Justin Trudeau rather than anyone in the federal Conservative leadership race.”

Do svidaniya: The CRTC ruled Wednesday that Russia’s RT can no longer legally be carried on Canadian television screens: “Freedom of speech and a range of perspectives are a necessary part of our democracy. However, it is a privilege and not a right to be broadcast in Canada,” the CRTC wrote. The Globe has the story.

Publication note: The Politics Insider will take a break tomorrow, and return in your inbox on March 22.