Politics Insider for Oct. 21, 2021: Things are getting pricier; the CPC opposes vaccine rules; and a Trudeau mystery 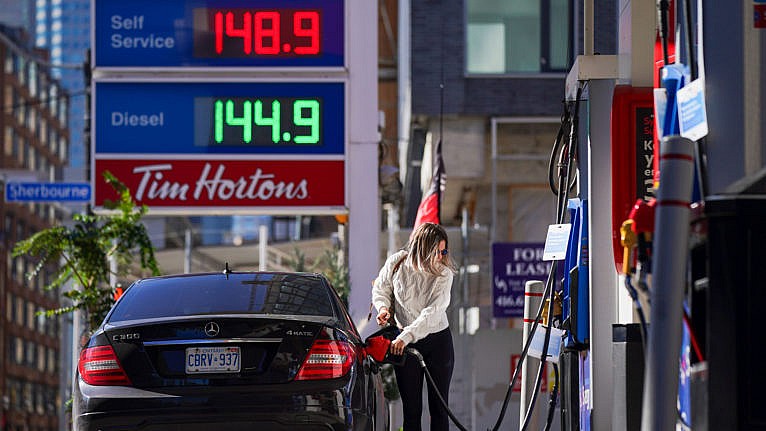 Statistics Canada said Wednesday that—driven mostly by higher gas prices—Canadian inflation rose 4.4 per cent in September from a year earlier, the Globe reports, higher than the Bank of Canada had projected.

It was the sixth consecutive month that inflation has exceeded the Bank of Canada’s target range of 1 per cent to 3 per cent. The acceleration was heavily influenced by gasoline prices, which jumped 33 per cent from a year ago. Excluding gas, CPI rose 3.5 per cent. Prices were higher in all eight major components, including hefty gains in shelter (4.8 per cent) and food (3.9 per cent).

The Bank of Canada has long maintained that hotter inflation is a transitory phenomenon, owing to such factors as supply-chain disruptions and comparisons to tepid prices a year ago. However, BoC governor Tiff Macklem recently acknowledged that high inflation could be “a little more persistent” than previously thought, in part because supply congestion isn’t fading away. In July, the central bank projected that annual inflation would average 3.5 per cent in the fourth quarter. That call is looking “light,” Bank of Montreal chief economist Doug Porter said in a note to clients, with CPI likely to remain above 4 per cent in the coming months. BMO expects inflation to average 3.3 per cent this year and in 2022. “Suffice it to say, that strains the definition of transitory,” Mr. Porter said.

Hard to know: Writing in the Globe, Ian McGugan says that the inflation numbers may be scary, but it’s hard to know whether inflation will continue or not, because experts aren’t very good at predicting it.

Renaissance prediction: In the Star, Armine Yalnizyan outlines the economic downsides that might lie ahead as the feds remove pandemic supports, but overall she is expecting good economic news.

CPC objects: The CPC—which won’t confirm how many of its MPs remain unvaccinated—are against a mandatory vaccination policy announced by the House of Commons, CTV reports. On Tuesday the Board of Internal Economy—a cross-party committee of nine MPs—said anyone entering the House of Commons precinct must be fully vaccinated by Nov. 22, when MPs return.

The Conservatives say that they don’t think it should be up to a committee of MPs to decide who can and cannot enter spaces on Parliament Hill, though the committee has historically overseen the workings of the House of Commons. “While we encourage everyone who can be vaccinated to get vaccinated, we cannot agree to seven MPs, meeting in secret, deciding which of the 338 MPs, just elected by Canadians, can enter the House of Commons to represent their constituents,” said Conservative whip Blake Richards in a statement. Richards is one of the two Conservative members on the board, which held a closed-door meeting on Tuesday. While what happens in-camera at parliamentary committee meetings is not meant to be discussed publicly, Richard’s statement suggests that the decision was most likely approved by the Liberals, New Democrats, and Bloc Quebecois, whose caucuses are all fully vaccinated.

Tail wagging dog: In the Post, John Ivison writes that the Conservatives should register their objection to the way this was done, by a committee.

The tail is wagging the dog. Even if the Speaker recognizes a prima facie question of privilege in the House, the Liberals, Bloc Québécois and NDP have made it clear they will support mandatory vaccination in any vote and the Board’s decision will stand.

Political offence: In the Star, Susan Delacourt writes that the Conservatives are putting personal privilege ahead of their duty to Canadians.

All legal technicalities aside, though, the idea of any Conservative MPs standing against vaccinations — whether it’s a few or a couple of dozen — should be a political offence at least. Not so long ago, this was the party arguing in the House that the Liberal government wasn’t doing enough to make sure that everyone in the country had access to vaccinations against COVID-19.

Who is Trudeau talking to? Indigenous advocates don’t know who Justin Trudeau is talking about when he says Ottawa is doing consultations over compensation First Nations children, CP reports.

In Tk’emlúps te Secwépemc this week, Trudeau said he is consulting “with Indigenous partners and leaders” on a recent Federal Court decision on compensation for First Nations children. Advocate Cindy Blackstock and Congress of Aboriginal Peoples National Chief Elmer St. Pierre both said any consultations are a mystery to them.

PPC cost CPC: In the Writ, Eric Grenier has an interesting deep dive into the rise of the PPC in the recent election. It likely cost the Tories seats, he says, but not that many.

Pop tax: Newfoundland and Labrador is bringing in a tax on sugary drinks, the first in Canada, City News reports. (Here is Nathan Sing’s report in Maclean’s on the sugar tax from August.)

Time bomb? In the Globe, Konrad Yakabuski has a look at the redistribution of seats that Justin Trudeau ought to be bringing in to keep up with shifting demographics, and concludes that he likely won’t take a seat away from Quebec for political reasons.

Less access: In the Vancouver Sun, Vaughan Palmer has a righteous column taking John Horgan to task for increasing access-to-information fees and weakening the system in other ways.