The Left is constantly trying to out-woke itself. That's a problem.

Andray Domise: Always competing in the woke Olympics, the political left, too often, does not make it easy for newcomers (or Oprah Winfrey) to join the ranks and stay there. 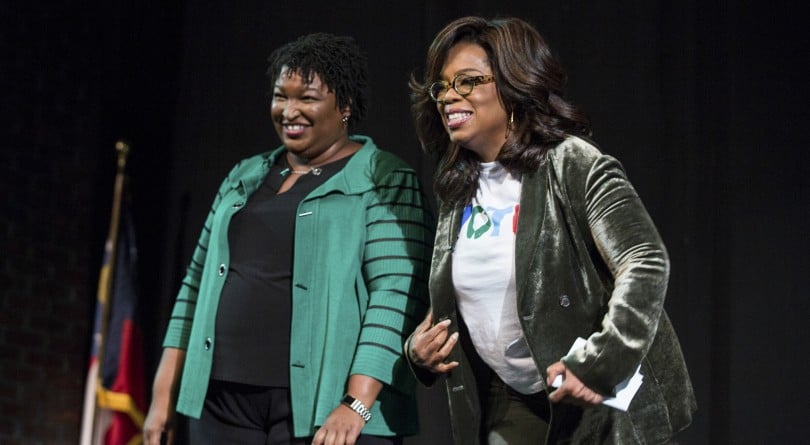 Of all the phrases that have crawled out of the alt-right’s online fever swamps over the past few years, “virtue-signalling” is the one I hate the most. It was a hackneyed and imprecise phrase to begin with, deployed to ridicule a person who exercises a suspicious amount of energy arguing on behalf of a marginalized community they might not even belong to, for the sake of appearing to others to be a good person. It’s more or less the word “cuck,” stripped of its vulgarity and shabbily dressed in academic laurels.

RELATED: What the yellow vests’ revolt revealed about the sad state of the Left

Social media being what it is, the inevitable overuse of the phrase rendered it almost meaningless; to accuse someone of “virtue-signalling” is pretty much to imply that a person on the internet has just taken a political stance anywhere to the left of Augusto Pinochet. In fact, the usage of the phrase has become its own form of virtue signalling, a beacon for other alt-right fanatics that some leftie (usually a person of colour and almost always a woman) could use a fair bit of mocking and harassment.

Here’s the thing about that phrase, though. As toothless as it’s become, it’s not like some people on the left don’t exercise that suspicious energy. The woke Olympics are a real thing, and boast an even lower survival rate than the Hunger Games.

Take, for example, the commotion that followed Oprah Winfrey’s impassioned campaigning for Georgia gubernatorial candidate Stacey Abrams, who also happens to be a Black woman. At a high point in a stump speech in Marietta, Ga., Winfrey called on the south’s history of violently suppressing the Black vote to remind the audience what was at stake. “For anybody here who has an ancestor who didn’t have the right to vote, and you are choosing not to vote,” said Winfrey, “wherever you are in this state, in this country—you are dishonouring your family . . . you are disrespecting and disregarding their legacy, their suffering and their dreams when you don’t vote.”

RELATED: The political terms ‘right’ and ‘left’ are simplistic, damaging, and need to be retired

When video of the speech made its way to social media, anger somehow followed. For all of her stumping and door-to-door canvassing, the takeaway for some was that Winfrey was using her outsized purchase in the community to exploit still-painful wounds in the Black American psyche, and in service of a white-supremacist political system. Here was a billionaire media mogul descending from Mount Olympus to shame Black folks into participating in a system permanently aligned against their interests. That Winfrey is a Black woman from Tennessee who came of age in the aftermath of Martin Luther King’s assassination didn’t matter. That Winfrey was speaking to voters who had the means and ability to get out and vote, well, that didn’t matter either.

What mattered was that she dared to make people feel bad for not voting.

From an outsider’s perspective, the discourse of the online left can look something like a digital struggle session. In any given week, a celebrity’s transgression in language, inoffensive outside of the internet’s panic machine, will be pulled out of context, drummed up on social media and used to administer a flogging in the news cycle. Or a college athlete will be “held accountable” for shockingly offensive social-media posts made before they were even old enough to drive, let alone old enough to fully grasp the hurtfulness of what they’d said. Each new day brings the rising of the sun, the falling of the tide and something new for us to be mad about.

The problem for the left is that it’s at an inherent political and rhetorical disadvantage. While the central conceit of progressive politics is an equitable distribution of power and resources, the right’s conceit is far more seductive: power and resources are earned by those who work hard enough to accumulate it. Everybody likes to believe they work hard, and when one works hard enough, there’s no time to stop and squawk about every controversy over some minor offence.

While the core beliefs of the right do, necessarily, lead to the consolidation of power among some groups and the establishment of an underclass among others, the reality of being a principled conservative does carry some intangible benefits unrelated to either power or resources. One of them is that a slip of the tongue or break from the party line isn’t usually grounds for social ejection. Another is that a large group of them can get together without a preformed misunderstanding of each other’s experiences and intentions. They certainly aren’t accosting each other on college campuses over something as ridiculous as the wrong ethnic group wearing dreadlocks.

In other words, it’s easy to be a conservative around other conservatives. The political left, too often, does not make it easy for newcomers to join the ranks and stay there. The left doesn’t even make it easy for the old guard, like Winfrey, to stick around. And it would be a virtuous thing indeed if the left figured out how to change that.