Christine Elliott is the right leader for a #MeToo moment

Jonathan Kay: The Ontario PC party needs a woman at the top, and in this leadership race, her story of family and career should inspire 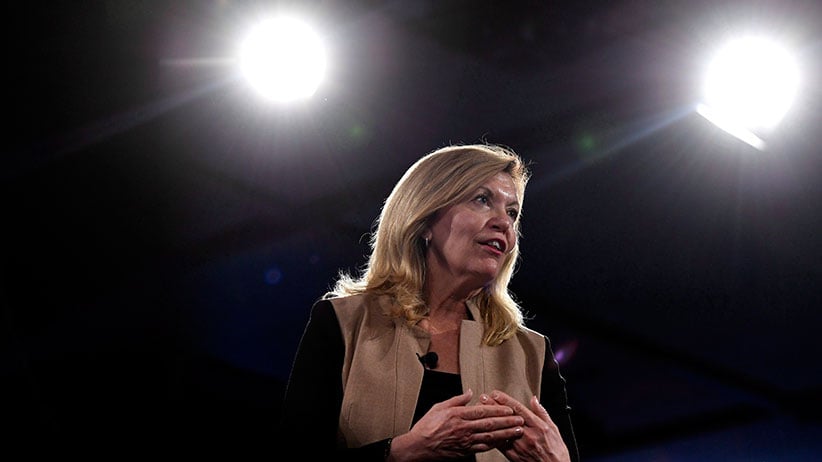 In January, an international team of researchers published ground-breaking research about the persistent problem of gender inequality in earnings. Using Danish data from the period 1980 to 2013, they showed that about 80 per cent of the gap can be traced to the effects of children: While the birth of a child has almost no statistical effect on men, it tends to lead to a substantial loss for women, many of whom respond to motherhood by taking on reduced hours and less demanding jobs.

“After the first child, [an average woman’s] gross earnings quickly dropped 30 percent, and never fully recovered,” the New York Times reported, in its analysis of the study. “In the long term, [the average mother] earned 20 percent less. Women who did not have children continued to increase their earnings at a rate similar to men.”

I’m sure we all can think of specific couples who embody this pattern. In my case, it’s Jim and Christine—a pair of lawyers who got married in 1986 after working together at a Whitby, Ont., law firm. Both newlyweds had plans to enter politics, and they debated which one would take the plunge. “Then I had triplets and the choice became clear,” recalls Christine.

Jim Flaherty would go on to become federal finance minister, a position he retained until shortly before his death in 2014. Only years into the marriage, once her kids were older, did Christine Elliott win office herself, and begin rising through the ranks of the Progressive Conservative Party of Ontario. Now, at age 62, she’s making a strong (third) run to become its leader.

For months now, we’ve been hearing about the “blind spots” of the #MeToo movement. But no movement can address all forms of gender inequality at one stroke. And in any event, the legal tools and social-media weapons that go along with #MeToo don’t work in all contexts. The most effective #MeToo campaigns highlight sex crimes or episodes of workplace harassment in which men impose their will on non-consenting women. But as many studies show, the most deeply entrenched forms of gender inequality arise out of entirely consensual domestic arrangements that wind up privileging the careers of men over those of women.

It’s easy to feel sympathy for a woman who has been sexually assaulted or harassed. But what is the hashtag for a smart woman who patiently keeps grinding it out year after year, decade after decade, doing the lion’s share of the child care, while also trying to keep up with office work and maintain traction on her career trajectory?

I see this all the time in my own household. Recently, the youngest of our three girls got a bad infection that required a week’s stay at Sick Kids in Toronto. She’s only six, so a parent had to be with her pretty much round the clock. Since my wife is a lawyer, and I’m a freelance writer who can work from anywhere, you’d think that I’d be the one sleeping on the hospital cot every night. But the opposite happened. I got to spend my nights at home Tweeting about all the cool New York Times articles I was reading, while my wife tried to read contracts by the light of a flashing IV-control panel. I didn’t impose this outcome on her. She imposed it on me—because she felt more comfortable, as a mother, being at the hospital with her child.

How do these habits of mind emerge? Pure biologically rooted sex differences, some might say. But the researchers who performed the aforementioned Danish study conclude that nurture has a role: Variations within the data show that expectations about parenthood are “transmitted through generations, from parents to daughters (but not sons), consistent with an influence of childhood environment in the formation of women’s preferences over family and career.”

In other words, many women make life-balance choices similar to the choices they saw their own mothers make. We shouldn’t interfere with those choices for the sake of fulfilling society-wide policy objectives, of course. But it doesn’t hurt to have powerful women in place—including as provincial premiers—providing women with a reminder that their careers don’t have to take a back seat.

Which brings me back to Elliott. I’ve never met her, and know little about her family history. But it does feel strange to me that, in this hyper-feminist moment we are experiencing, more attention isn’t being paid to the perfect way in which she embodies some of the most stubbornly rooted gender inequities within our society.

In normal times, I would never advocate that a party member vote for a new leader based solely on biological criteria such as race or sex. But given the controversy swirling around former Ontario PC leader Patrick Brown, these aren’t normal times. Put bluntly, the party needs a woman at the top. Christine Elliott may not have a famous name, or a dramatic tale of sexist woe, but the story of how she brought up three children, stood by a husband who launched his star before hers, but then still found a way to climb her own ladder is one that voters, of both sexes, should find inspiring.

CORRECTION: A previous version of this post suggested that this is Elliott’s second campaign for the Conservative leadership. She has run for the job in 2009 and 2015, in addition to her current run.