Election Image of the Day: You know a sartorial trope is getting tired when you and the boss show up to an event looking very much alike 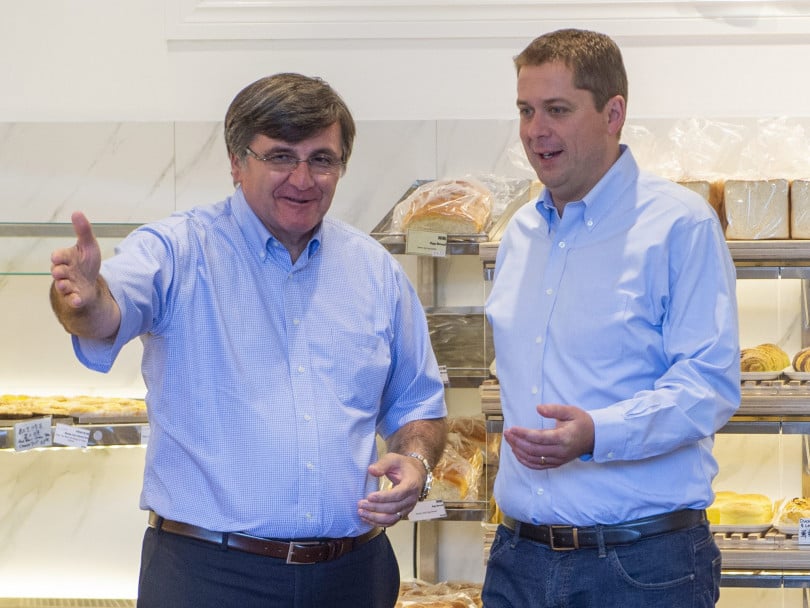 If you want to appeal to blue-collar workers, you wear a literal blue collar. Bonus points if you tuck it into a pair of blue jeans. Cowboy? Factory worker? Average dad? It works for all of them! It’s such an obvious choice for Canada’s Conservatives—matching their logo, even—that leader Andrew Scheer and Richmond Hill candidate Costas Menegakis evidently didn’t bother to call each other before meeting at a local Chinese bakery to pick up some snacks. Considering that Richmond Hill swung to the Liberals in 2015 after Menegakis chose to run elsewhere, one would think he’d announce his return with a bigger splash than a half-sleeve edition of his boss’s uniform. Then again, consistency may be the key to flipping the riding back to the colour of their collars.