COVID-19 vaccine mandates for travel to be lifted 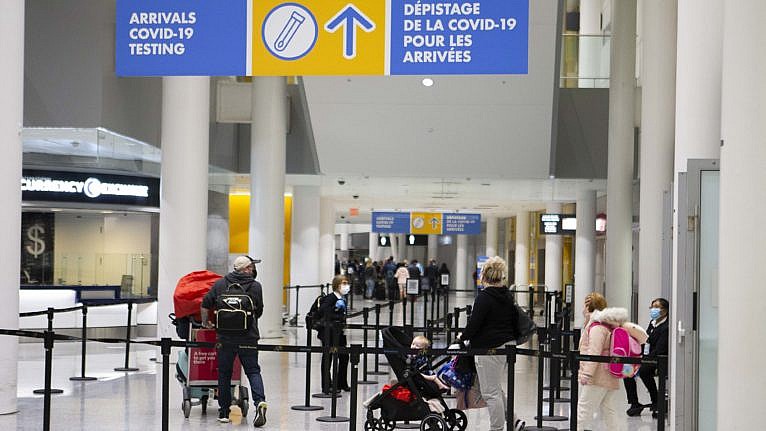 Welcome to Politics Insider. Sign up to get it delivered straight to your inbox each morning.

The federal government will announce Tuesday an end to the COVID-19 vaccine mandates for planes and train travel, as well as outbound international travel, CBC reported Monday night. The government has been under pressure from the opposition and the airline industry amid long lineups at airports.

Debt crunch: Half of respondents say they are $200 or less away from not being able to meet all of their monthly bills and debt obligations, according to a new MNP Ltd. debt survey, BNN Bloomberg reports. The number marks a five-year high in the agency’s consumer debt index, a 10-point jump from December.

“The anxiety Canadians are feeling about making ends meet—or already unable to do so—tells us we may eventually see an avalanche of households falling behind on payments or defaulting on loans, mortgages, car payments or credit cards,” said Grant Bazian, president of MNP LTD, in the report published Thursday.

In similarly not very cheerful economic news, the S&P/TSX composite is in correction territory after suffering the second-worst day of 2022, CTV reports.

Membership battle: CPC leadership candidates are expected to challenge thousands of memberships brought in by their rivals, senior Tories tell the Hill Times:

Friday, June 3, was the deadline to sign up new members and the party is currently in the midst of processing hundreds of thousands of newly signed up memberships. Conservative MP Pierre Poilievre (Carleton, Ont.) and Brampton Mayor Patrick Brown have declared publicly that each has signed up 311,958 and 150,000 memberships, respectively. If their claims are to be believed, the party could have up to 700,000 members, an unprecedented number for any political party in Canadian political history.

Half of Hans Island: The end of a long and but friendly border dispute between Canada and Denmark will be announced today when governments announce a deal to divide a tiny uninhabited island in the Arctic, CBC reports.

Fake warning: Two organizers of a Sikh event on Parliament Hill say they were arrested and released after being wrongfully identified in connection to a bomb threat, the Star reports. Manveer Singh said police arrested him and told him they had “credible information” that he was connected to a bomb threat. They later released him and apologized.

No restrictions: All remaining COVID-19 public health restrictions in Alberta will be lifted Tuesday, including mandatory isolation, CTV reports.

No red flags: Former Liberal MP Raj Grewal sent the names of 100 people he wanted to invite to receptions with Trudeau in India in 2018, his trial was told Monday, CP reports. Grewal, 36, is facing two charges of breach of trust, related to loans he sought from friends, family and other associates to help pay for a gambling habit. The Crown alleges Grewal sought the loans from people in exchange for securing them access to the India trip, or for work on immigration files.

Emergency: The City of Calgary declared a state of emergency because of heavy rain on Monday, Global reports.

Trop court: A report commissioned by the Quebec government—and then kept hidden—finds newcomers are likely to require more than six months to learn French, contrary to the rules in Bill 96, CBC reports.

Ford cabinet spec: The Star has a story full of knowledgable speculation on the likely make-up of Doug Ford’s next cabinet.

MPP Peter Tabuns is front-runner to become interim leader of the Ontario NDP, the Star reports.

B.C. Party: B.C. Liberals are planning to change their party’s name, Vaughan Palmer writes in the Vancouver Sun, which may present an opportunity for New Democrats in that province.

Murder plot: A B.C. actor who has pleaded guilty to the second-degree murder of his mother had a plan to drive to Ottawa to kill Trudeau, a court was told during his sentencing hearing on Monday, CBC reports.

App toast: Secret sources tell the Globe that Ottawa is planning to announce the end of the national COVID-19 contact tracing app this week, months after changes to PCR testing regulations in many provinces had rendered it largely useless.

MP sorry: Liberal MP Adam van Koeverden, an Olympic gold medallist, has apologized after saying “F— you” to a woman calling for the end of vaccine mandates, the Toronto Sun reports.
Money for Irving: Taxpayers are being asked to give at least $300 million to Irving so it can modernize its Halifax shipyard to build navy vessels, the Citizen reports.